Guardians of the Galaxy Review

by Guest
in Movies

Continuing to expand on the huge scale mega-hit Marvel cinematic universe, as expected, James Gunn’s first foray into the franchise, the wisecracking and playful Guardians of the Galaxy, is the most refreshing superhero movie of the year – albeit it feels more like a space musical than a comic book film.

Black Widow: Why Do We Love Her And Why A Solo Film Only Now?

Get Ready To Suit Up Alongside Earth’s Mightiest Heroes In Avengers: Damage Control

Starring Chris Pratt, Zoe Saldana, Dave Bautista and a voice cast that includes Vin Diesel and Bradley Cooper, in a world of gods and monsters, explosions, heroes and villains, blending action, humor and excitement, the film is formulaic enough to be best described as Avengers in Space. But seriously, who needs Tony Stark’s Iron Man, S.H.I.E.L.D. and the Avengers Tower when we’re offered a group of ragtag criminal antiheroes who are honestly more like the misfit crew from the Star Wars’ Millennium Falcon? Expect to be entertained. From the opening moments of the introduction and by the time the shiny gold titles appear and we warp drive into adventure you’ll already be hooked into the cheeky space-opera. Mark my words, this film will be etched into history as a comic book film classic.

Set in the outer-space territories of the same universe as other Marvel films, Guardians of the Galaxy is lead by Chris Patt’s goofball Peter Quill (or Star Lord, the name he wishes to be known by), the black sheep of the universe. He is wanted by an evil villain called Ronan, who puts a bounty out for him, after stealing a powerful orb. On his tail are a bunch of outlaws – Rocket Raccoon, Gamora, Groot and Drax the Destroyer. Through a series of accidental circumstances the five ‘nobodies’ decide to work together in order to save a distant planet from destruction.

The playful tongue-in-cheek comic tone and awesome soundtrack keeps things buoyant, but it’s the characters who deliver the most joy. Fans, especially gamers, will be most attracted to Rocket, a fast talking CGI raccoon who carries a heavy calibre weapon at his side. While he might have the look of a cuddly plush toy created for kids, Rocket is surly and rude. His only affections, other than for himself, are shown to a giant tree-like monster named Groot. Although he only manages to utter three words repetitively (‘I am Groot’) throughout the film, relying on intonation and facial expressions, Groot is the heart of Guardians – a lovable, yet fierce creature. Tree-huggers will find a hero that embodies the power and empathy of nature. With Batista wrestling fans have finally found a wrestler, apart from The Rock, that can actually act. He brings his character, Drax, to life with true emotion and empathy. Lastly, Gamora, our heroine with daddy issues battling beyond the stars, unleashes a green tornado of Kung Fu kicks and punches throughout. She is bound to be a favourite.

Surprisingly, music also plays a key role throughout. David Bowie’s ‘Moonage Daydream’, The Jackson 5’s I Want You Back, Blue Swede’s Hooked on a Feeling and Marvin Gaye’s Ain’t No Mountain High Enough all elevate the film. You are bound to leave the cinema humming one of the classics.

Like all films converted in post, the 3-D has it’s ups and downs. There are moments of brilliance and moments of mediocrity filtered throughout. One scene involving Groot is particularly rewarding in 3D.

The unlikely team, brought together by personal losses, align perfectly and deliver the film’s overall theme of family and unity. With the use of kitsch ’70s and ’80s science-fiction to separate it apart from other films in the franchise, Guardians of the Galaxy proves to be great, if predictable, popcorn entertainment. It’s remarkably funny!

Step Up All In Review 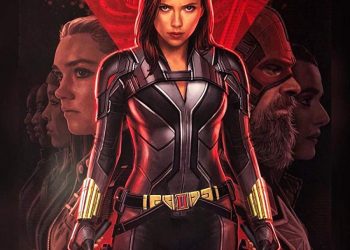 Black Widow: Why Do We Love Her And Why A Solo Film Only Now?