Guardians Of The Galaxy: The Telltale Series Review – Another Solid Entry I must admit that I was apprehensive about the success of a Telltale game based on the Guardians of the Galaxy franchise. You see, the Telltale formula lends itself rather well to Batman’s detective aspect and The Walking Dead’s life-or-death decision-making moments, but the Guardians? I’d imagined a shoot ’em up or LEGO title as the perfect vehicle for Marvel’s funniest family. Yet, Guardians of the Galaxy: The Telltale Series oddly works. The key to its success lies in its storyline. The writers have found the right balance between an original tale and one that captures the characters’ unique magic and chemistry. There are as many funny moments as there are riveting plot twists, and even though the films’ cast aren’t lending their voices here, their replacements are more than adequate. It just feels like a Guardians story, with the music to match. The biggest surprise of the narrative, though, is in the beginning of episode one, “Tangled Up in the Blue”, which lays down a major marker and shows you how this series isn’t afraid of doing the unexpected. I’m not about to spoil it for everyone, so I’ll only say that it’ll upset some fans, but from a storytelling perspective, it draws you right in. It’s a massive risk, with a super payoff. The gameplay is typical of Telltale titles, with the same decision-making features interspersed between moments of problem-solving and action. That said, this game’s action sequences are arguably the best that Telltale has produced. The Guardians’ battle with Thanos, for example, is pulsating and keeps you on the edge of your seat, as you pray your team has what it takes to beat the Mad Titan. Hopefully, the developers will learn from this successful evolution and include more of these types of battles in future titles. Now, to the negatives. Despite the title mentioning the Guardians, you spend the bulk of your time controlling Star-Lord. Obviously, it would’ve been impossible to give every member the same amount of player control, but it still feels like this is more of a Star-Lord game than anything else. Once you finish these episodes, there’s really no reason to play through again because you’ll still be stuck as Peter Quill. Guardians of the Galaxy: The Telltale Series doesn’t have much replay value, unfortunately. The animation is nothing special, either. Much like the rest of the Telltale titles, you feel like you’re controlling characters from a PlayStation 2 game and you never see the true capability of your console here. Surely by now there should’ve been some massive improvement on the graphics front? All things considered, Guardians of the Galaxy: The Telltale Series is another solid entry in the point-and-click genre. It contains enough of the humour and feel-good sentiment of the film series, while also giving the players an intriguing, original storyline to navigate. It’s a fun time, but will it convince non-fans of the genre to convert, though? Probably not. 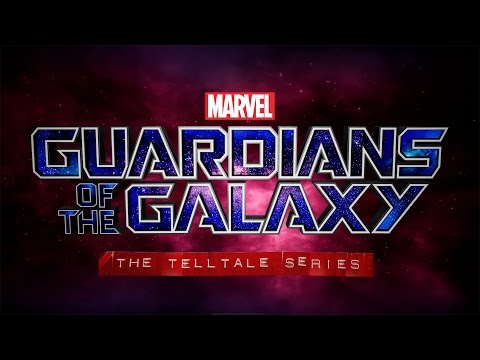