Here at Fortress of Solitude, we’ve always been big supporters of Cameron Monaghan’s Joker on DC’s often-bizarre TV series Gotham. His appearance on the show is often the highlight of the episodes he features in. Over the years, he has gone through many transformations to bring him closer in line with DC’s current Joker. With nods to Jack Nicholson’s look and even Heath Ledger’s, it’s been a fun ride. Until now.

In the latest and final season of Gotham, Jerome has reached his final transformation to become Joker. And it’s quite scary. In fact, his new look might have more similarities to Jeepers Creepers‘ Creeper than DC’s Joker, to be honest.

“I feel something new,” Monaghan says in the video. “Something… beautiful.”

Monaghan has previously talked about Gotham’s restrictions regarding his character. “Green was off-limits to us, as well as the name ‘Joker’, a decision from high up as they wanted to reserve these for films. A decision which ultimately I respect.”

The teaser Gotham just released is for Season 5, Episode 11, “They Did What,” which is the penultimate episode of the Batman-spinoff franchise. 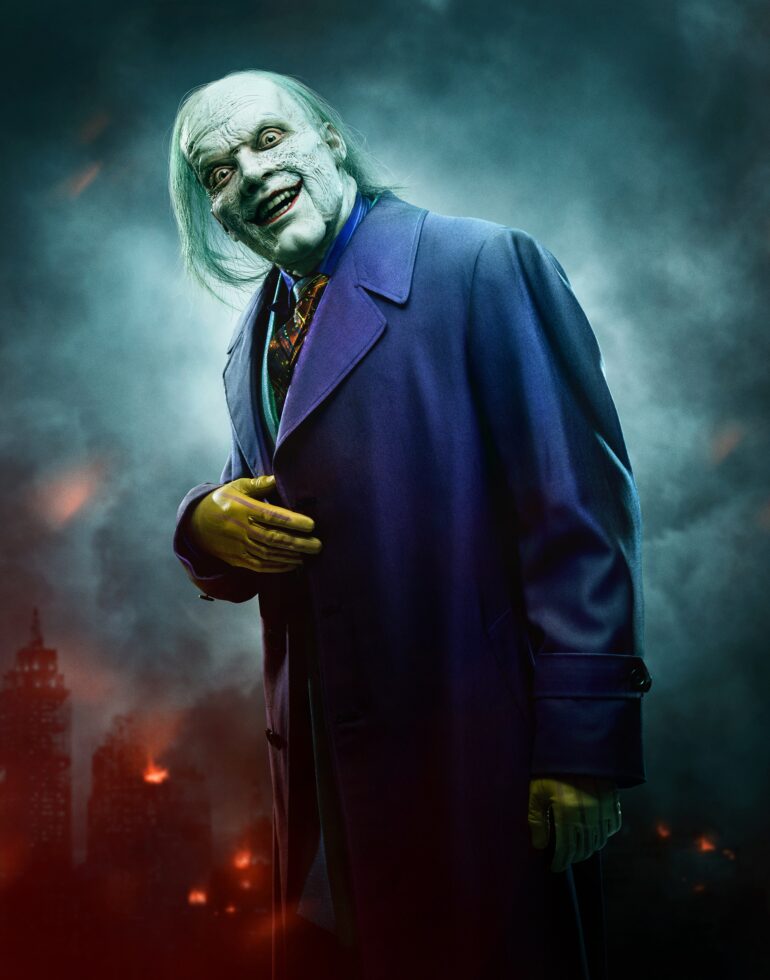