In a new trailer for Gotham Season 4, we finally see a young Bruce Wayne (David Mazouz) donning an all-black protective suit to mask his identity from street thugs as he grows into becoming the Dark Knight. Unfortunately, it’s pretty horrible.

Fans of Fox’s Gotham will be happy to know that the show’s fourth season will see Bruce Wayne in a black mask and padded costume protecting Gotham City as a vigilante. It’s not quite Batman yet. In fact, it’s downright awful. Fans have become impatient with the show’s slow pace and the very long build up to Wayne discovering his destiny as Batman. I’m almost certain this biker costume is not what most people were hoping for.

The new trailer shows Alfred (Sean Pertwee) doing his best to dissuade Bruce from becoming the city’s hero. Hopefully he manages to dissuade from this awful suit instead. 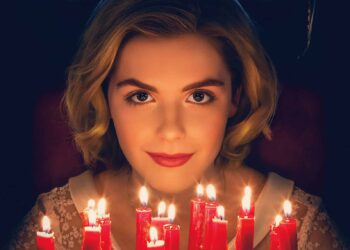