Gotham: Dawn of Darkness Review – Worth Reading Even If You Aren’t A Fan Of The Series 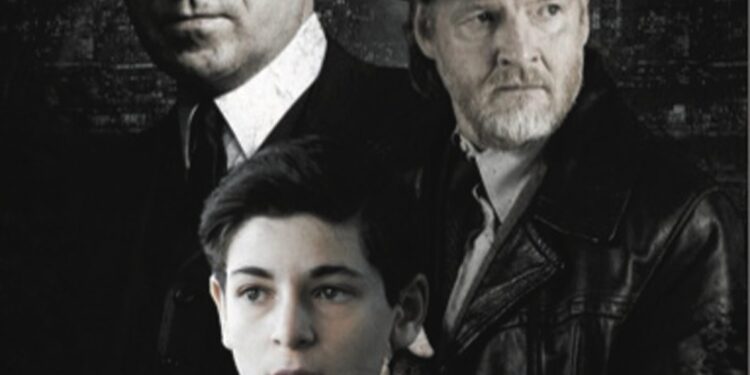 Having received Gotham: Dawn of Darkness, I was a little apprehensive of what it may bring. You see, I have a love-hate relationship with Gotham—mostly because of its tone changes every couple of episodes and the testing narrative—and I was worried the book would fall into the same trap. Fortunately, Jason Starr handles this mystery novel with aplomb, never venturing too far from what you’d expect from a Batman story—even if it isn’t strictly about Batman.

If you haven’t watched season two of Gotham yet, please look away now, because spoilers. Exploring the now-known history between Thomas Wayne and Hugo Strange, the story revolves around a murder and break-in at Wayne Manor, and the repercussions as Harvey Bullock searches for clues. Prepare for twists and turns as we uncover Thomas’s deepest, darkest secrets—man, this guy was a dodgy S.O.B.

Despite the occasional cameo appearance from the show’s characters, it doesn’t feel like they were stuffed into the story for the sake of it (except maybe for Jerome Valeska, who’s thrown in because he’s undoubtedly the hottest thing about the show at the moment). Instead, Starr allows his narrative to flow eloquently and without much confusion, even if it’s hopping between characters at times. Bullock, in particular, is the star of the show here. He plays second fiddle to Jim Gordon on the TV series, but he’s allowed to truly shine in all his boozy glory here.

There are a few inconsistencies in the story that don’t match up with the series—for example, Bruce being 14 in the book when he is 12 in the series—but considering Gotham ignores traditional Batman folklore, I’m willing to overlook some of these things. Hey, maybe Barry screwed with the timeline again, and this is what happened as a result.

So, is Gotham: Dawn of Darkness worth reading even if you aren’t a fan of the series? I’d say yes. Focusing mostly on Harvey Bullock and Thomas Wayne, it’s a welcome change from the emphasis on Jim Gordon and Bruce Wayne in the series. Even if you aren’t a Batman fan, it’s a good detective/mystery story that’ll keep you intrigued. All in all, it’s an original tale that doesn’t get lost down the rabbit hole too much. Please just make sure you watch season two before reading this; otherwise, you’ll be slightly confused by what the hell is happening.