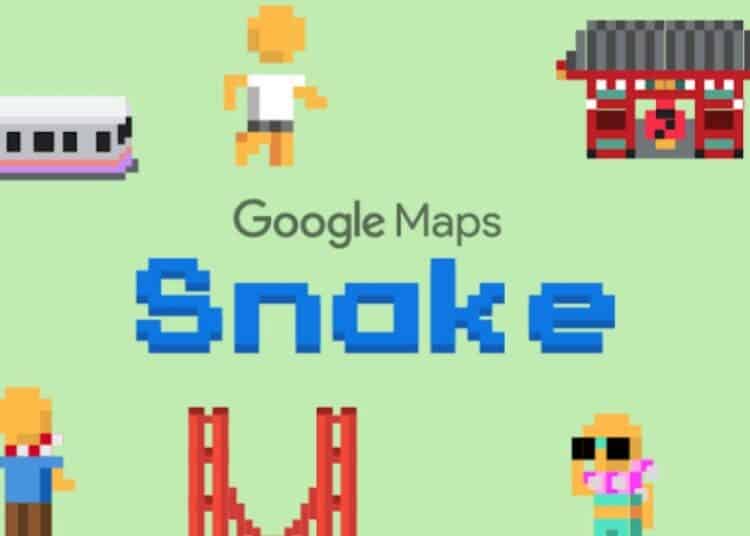 For a few years now, Google has consistently figured out new ways to surprise its users with fun games and surprising new tricks on their apps and websites. These interesting Easter Eggs are always welcome and people on the internet are usually more than willing to participate. We’ve taken a look at Atari Breakout, now we’ve got our newest Easter Egg to dig into, and it is a callback to the classic Snake game — which most people have probably played at some point in their life.

Snake is one of the original games introduced to the internet years ago. Its presence should be a familiar one due to the game’s simple premise, essentially making players spend hours feeding an animated snake and watching it grow.

Since you’ve probably not touched the game in years (and younger generations probably haven’t even tried it), Google is offering you a chance to play Snake (for free). And for older folks, it will definitely give you a major throwback with a wave of nostalgia. In fact, those who had a Nokia phone in the late 90s (early 2000s), will have fond memories of the classic game. Who would have thought that all these years later it would remain a fun game?

However, in the usual Google fashion, there are a few differences (minor improvements) to Google Snake compared to other versions. That said, it still makes for a fun time just like the original.

In the early 1980s, a video game called “Snake” was created by David Shin and Taro Igarashi. It was one of the earliest video games to use a scrolling screen and it became popular at arcades across the world.

The object of the game is to move a snake through a maze, avoiding obstacles and eating food pellets that will make the snake grow longer. The player can also eat other snakes in order to grow even larger.

Snake is a simple game that is enjoyed by people of all ages. It can be played on different devices, including mobile phones and computers. Of course, in 2022, there are many different versions of Snake games available on the internet.

How to Play the Google Snake Game

Because the Snake game is tied to Google maps, it is available both on browsers and smartphones. To load it up, simply visit snake.googlemaps.com (or type “play Snake” into Google Search) in your browser to start up the game. You can use this link on both iOS and Android mobile devices.

Once you’re on the Google Maps Snake game’s home page, you’ll see a big “Start” button and a few 8-bit characters across a map. The next step is to press that button.

Unlike the regular version of Snake, this Google-fied version has you selecting a subway train at the start of the game. You can choose a location that you’d prefer to navigate from a list of options (again in 8-bit style) including the following places: Tokyo, London, Cairo, San Francisco, Sao Paulo and the World. Every train’s design varies according to your chosen location.

After you’ve got a location, you can start the game and begin to play Snake. At the end of your round, the game shows the score of the player.

How to Win at Snake

Believe it or not, there is a way to complete Snake. While this might seem unimaginable, a Russian player recently posted a GIF on a forum showing evidence of his victory. In the 2 minute GIF (which has been sped up from a 13-minute clip), the snake passes through 6372 cells and consumes 100 pellets, extending its length by 796 cells to a total of 801.

The text at the end apparently reads, “And now we’ll show a cartoon film. Connection to server … No connection. Thanks. Everybody’s free.”

How to Play the Other Version of the Snake Game

Simply type in “Snake Game” in your Google search engine and you’ll see this version at the top of your search results. You can start the adventure by clicking “Play”. There is a settings option that will allow you to select your snake and the fruit that it will be slithering around to eat. These come in different shapes and colours.

Just like the regular Snake, this version plays the same with the snake’s direction being controlled through your top, bottom, left and right arrow keys (user input keys).

You can play Snake once the train begins to move as you’ll need to pick the passengers that are animated as humans. The objective is to pick up as many passengers as you possibly can until the train crashes into itself or the boundaries.

If it does crash, the game ends and your score appears. At this point, you can restart, exit or share the high scores with your Google contacts via email or with a link.

Google has some other hidden arcade games worth checking out including: