For the past two years, movie critics and fans have been salivating at the idea of M. Night Shyamalan’s superhero franchise, after the twist reveal that Split was a continuation of the story kickstarted by Unbreakable, one of the director’s breakthrough films. 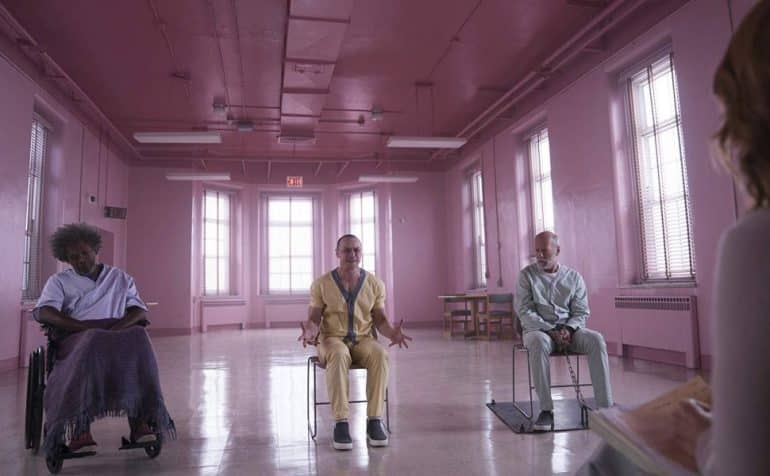 Between the films, however, the director has seen his career take a bit of a dive, reaching his lowest point after the release of The Last Airbender, which drew unbridled anger from fans of the animated series. Despite these misfortunes, the hype train was well and truly in motion after the conclusion of Split, with the announcement that the trilogy would be completed in the form of the latest film, Glass. I was fortunate to catch the film at one of Ster-Kinekor’s D-Box cinemas in Rosebank.

The premise of this story is good…

Almost 20 years have passed since the events of Unbreakable, with a visibly-aged Bruce Willis and Samuel L. Jackson taking up the roles of David Dunn and Elijah Price, known also as Mr Glass. James McAvoy also returns as Kevin Wendell Crumb and collection of identities known as The Horde. The trio find themselves locked in specially prepared rooms at a mental asylum, where a doctor (Sarah Paulson) seeks to cure, what she believes to be, their delusions. With a 110-minute runtime, there’s more than enough time to take you through quite an elaborate story.

The premise of this story is good enough to build upon, but the mix of screen time between each of the characters is what ultimately skews the film to a point that would leave any fan, myself included, disheartened. The doctor takes up quite a chunk of the story as she attempts to battle the psychosis of each of the three, slowly starting to convince each of them that they’re mere humans with no real superpowers to speak of.

As Dunn and Crumb (or a few members of The Horde) start to question their beliefs, it’s up to Mr Glass to bring them back into the light, as it were. 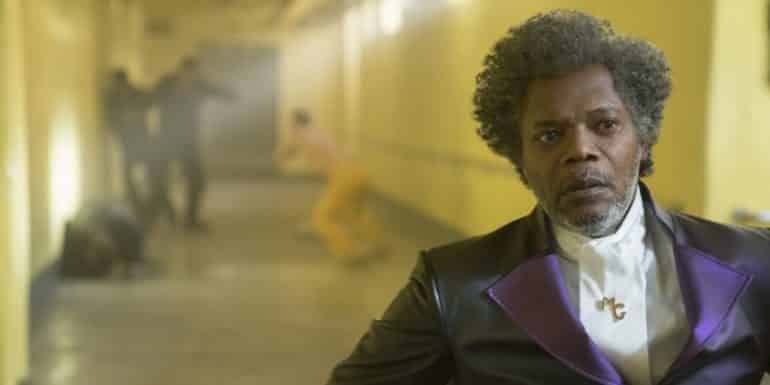 There are a fair number of moving parts to any film, which include the story, the directing, the editing, the score, the script, the dialogue and various other factors that without one could mean the whole film would fall apart. That said, the majority of these moving parts are well-received here, building up a quite intense and thrilling telling of an unlikely superhero franchise.

Don’t, however, expect the standard over-the-top action scenes, explosions or the likes from Glass. What we’re left with is a film a lot more down to earth in how it’s played out.

Where Glass tends to lose me at times is its strange dialogue, which is sometimes cringeworthy. Not only does this take you out the film at times, but also leaves you asking the question, “Why couldn’t they have done that differently?” This happens far too frequently.

This is often the curse of Shyamalan, whose films tend to take itself far too seriously, coming across somewhat condescending. On the flip side of this, the director also has a habit of slowly building suspense over a long period of time instead of throwing the viewers headfirst into the thick of things. In the case of Glass, it works. Another of his trademark features in film is the inevitable twist, which viewers are always on the lookout for. This is scripted almost from the start and, with everyone now expecting it, some of the viewers won’t always fall for it.

Ster-Kinekor’s D-Box experience launched a little over a year ago when I experienced it watching Star Wars: The Last Jedi. Right off the bat, you’ll know that you don’t need to strap yourself in as much as the flight experience provided by the Star Wars film.

The entire opening scene passes by without so much as a “Hello, I’m your D-Box guide for this film.” The first vibration is experienced between 5 and 10 minutes into the film, which left many of the D-Box attendants to wonder if the seats had been switched on. But that’s not to say it was a poor experience. Instead of smashing viewers from side-to-side with an all-out assault, the vibrations and movements are more poignant and strategic. This makes the experience more enjoyable overall as you’re not worrying about when the next big jolt will come from. Instead, they’ve used it to increase the tension in some scenes, while also adding some intensity during the action scenes. Glass was always going to be a tough film to produce from a hype perspective.

McAvoy is on song yet again with his portrayal of the multiple characters he plays, with Willis and Jackson imposing themselves as worthy support actors.

I loved the concept of Glass. I also enjoyed the world building, the tense setup and the score. D-Box also added to the cinema experience.

However, where the film ultimately lost me was with the overelaboration of the premise and the strange dialogue. M. Night Shyamalan sometimes makes you feel as though you’re watching something from the ’70s and ’80s rather than a modern-day blockbuster. And that’s a shame. Glass could have and should have been so much more.

Some will hate it and some will love it. Regardless, M. Night Shyamalan's Glass is something very different.