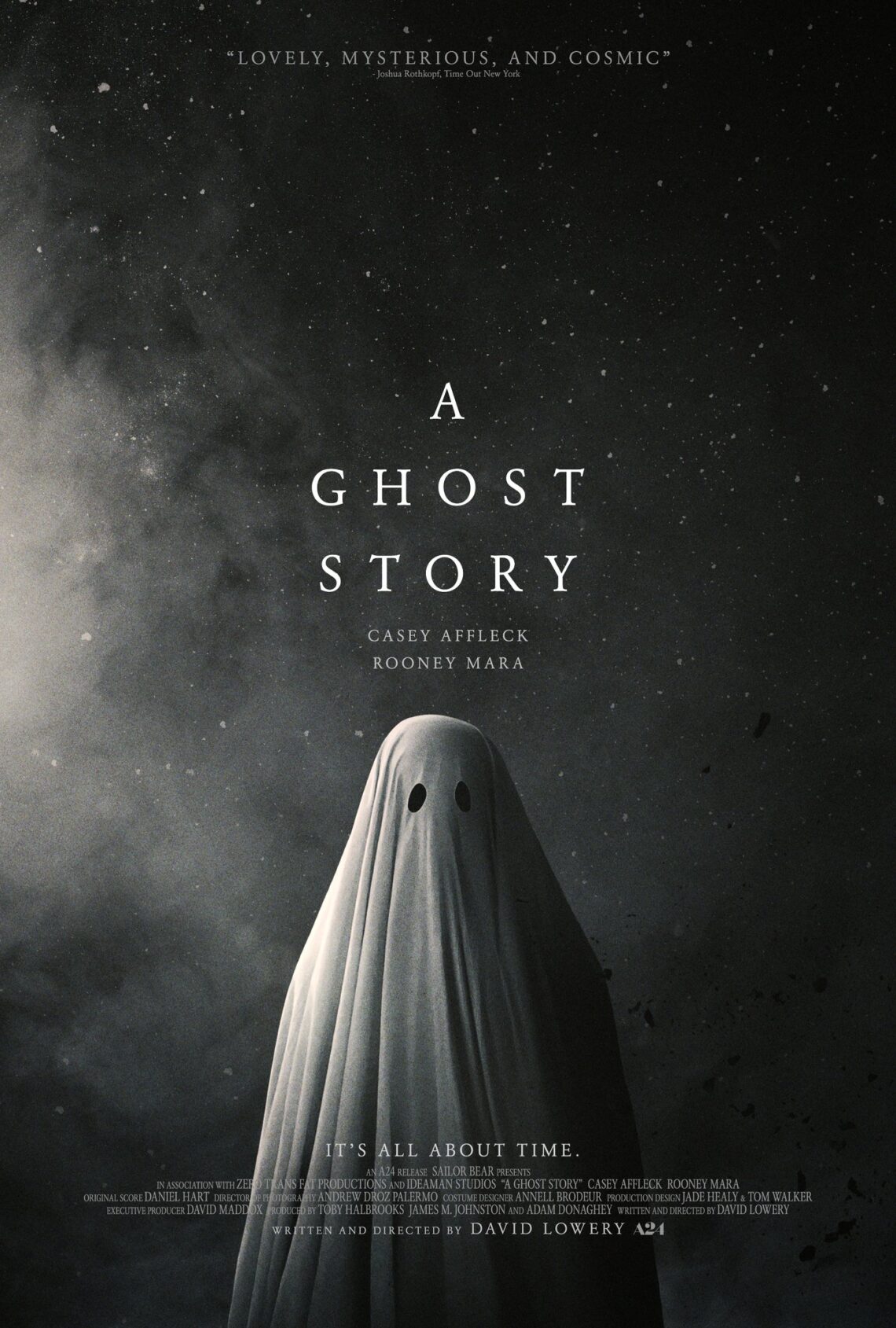 A24, the studio behind Ex Machina, Amy, Room, The Witch, The Lobster, Moonlight, have released the trailer for A Ghost Story, which stars this year’s best actor Oscar winner Casey Affleck and Rooney Mara.

The boogeyman takes on a strangely familiar form in David Lowery’s A Ghost Story. But rather than being a creepy horror-thriller, the film is a drama fantasy romance. In other words, it’s a rather different ghost story.

With A Ghost Story, acclaimed director David Lowery (Ain’t Them Bodies Saints, Pete’s Dragon) returns with a singular exploration of legacy, loss, and the essential human longing for meaning and connection. Recently deceased, a white-sheeted ghost (Academy Award-winner Casey Affleck) returns to his suburban home to console his bereft wife (Academy Award-nominee Rooney Mara), only to find that in his spectral state he has become unstuck in time, forced to watch passively as the life he knew and the woman he loves slowly slip away. Increasingly unmoored, the ghost embarks on a cosmic journey through memory and history, confronting life’s ineffable questions and the enormity of existence. An unforgettable meditation on love and grief, A Ghost Story emerges ecstatic and surreal—a wholly unique experience that lingers long after the credits roll. 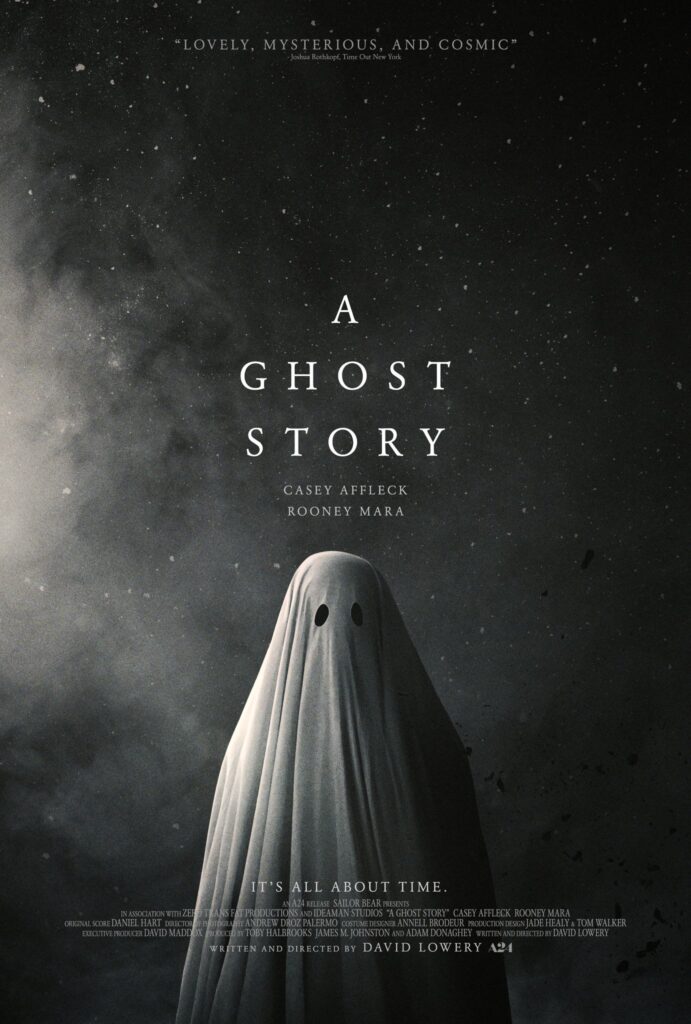