Ghost Rider Could Be Coming To Disney+ 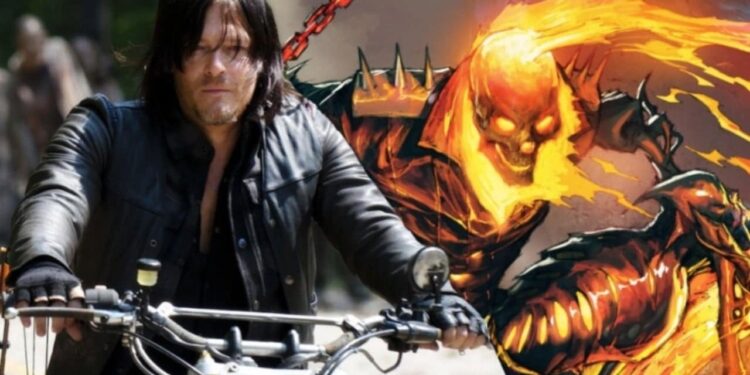 Norman Reedus as Ghost Rider? Where do we sign up?

There have been a lot of changes at Marvel Studios since Kevin Feige took the reins as Chief Creative Officer. He’s now in control of every aspect of the company’s properties. This means he decides what gets the green light for movies, series and comic books.

While a lot of new series have been in the works for Disney+, one of the early causalities of cancellation was Ghost Rider. The series was initially picked up by Hulu with Gabriel Luna tapped to star.

Since then, reports have suggested that Feige is eager to move forward with the character on Disney+.

Lords of the Long Box, the popular YouTube channel, has reported that Feige is interested in creating a series based on the first supernatural Ghost Rider, Johnny Blaze – a stunt motorcyclist who agreed to give his soul to Satan to save his father’s life. This version of the character was brought to life by Nicholas Cage in Ghost Rider (2007) and Ghost Rider: Spirit of Vengeance (2012).

While casting for the role has yet to begin, Norman Reedus (of The Walking Dead fame) has expressed his interest in playing the iconic character.

“Hell yeah! It would be a blast. Do I get a skull face that’s on fire and all that stuff? Yeah, I’m down!”

There are also rumours that Feige is toying with the idea of introducing a female Ghost Rider, Alejandra Jones, perhaps played by Belle Thorne.

Although this is mostly speculation for now, there’s a good possibility that Ghost Rider will be included in the second phase of the MCU’s Disney+ shows.