Back in 2013 FoS featured the, then, IndieGoGo Campaign for Ghost of a Tale, an indie game developed by Lionel “Seith” Gallat. Before having started the campaign, Seith worked as a supervising animator with the likes of DreamWorks and Universal Studios. There’s no doubting his experience having worked on some major releases such as The Prince of Egypt and Despicable Me, which definitely comes through in the game. But this review is not about those past endeavors, but rather something really special.

I think by this stage I don’t have to keep repeating myself in reviews of this nature of my love for indie games. Yes, not all are worth their weight, but there are some real gems out there, and this, by far, has been one of my favourites. So when the campaign was launched, it did not take me long in deciding to back the project, wanting to see where the journey would take Seith and his team. While the project was earmarked to be completed by 2014, giving himself one year to complete GoaT was a stretch. But, with regular updates on the official website, some of which highlight quite vast improvements in the graphics and gameplay, it prepared the way for the main course, rather than anger backers into demanding the completion of the game. These updates also paved the way for additional support from the gaming community, from Microsoft and Unity. Some 3 years after the campaign ended, GoaT has finally reached Early Access on Steam, delivering roughly 25% of the game, it’s more than enough to expect great things from the final product. I had a great sense of nervousness upon first downloading my copy via Steam, more as a viewpoint of expecting a lot from the game I’ve been waiting for so long, along with wanting it to succeed and progress beyond the Beta stage. That sense of anxiety quickly faded, now having turned to awe, even from the title screen. The story kicks off from within the cell of the jailed Tilo, the mousey protagonist of this tale. Tilo has been imprisoned for singing folk songs the Rat King did not take a fancy to, along with his wife, Merra. Tilo finds himself in the midst of an adventure of his life, attempting to escape the attention of the guards while traversing Dwindling Heights Keep, picking up clues and gaining allies. The world of GoaT is made of up solely of anthropomorphic animals, and set in a medieval period. The game takes on a very old-school feel to it, mixing exploration and some puzzle solving. The introduction to the game tells of a story when the world was in turmoil and at war with The Green Flame, which was eventually overcome by the Rats, who, now themselves, hold the world to some form of ransom. The gameplay is very well executed, from the controls to the interactions. You’ll be able to take Tilo from a gentle stroll into a sprint, and even a tip-toe, each with their own impressive animations. You’ll interact with various characters within the game, and even the guards themselves at some point. While there isn’t any dialogue in the game, the speech bubbles deliver some humourous exchanges between Tilo and the other animals, which include a pirate frog, blacksmith Rat, thieving mice, and guard Rats. Tilo also acquired new skills as he completes certain tasks, which includes agility, tenacity, and lock-picking. One of the great aspects of GoaT was its graphics. From the initial, campaign stages, the game looked brilliant, and has only improved with the support of Unity. The world of Dwindling Heights is quite breathtaking, from the fires that burn within the jail, the smokey passages in the sewers, and bright sunshine in the courtyard. The world also has its own daily patterns, moving from day to night through the lower lighting of dusk and dawn. This change in day also feeds into the game, making it easier to sneak around at night time, although you’re not able to engage certain characters who are sleeping at this time. Lighting also plays a role within the depths of the prison, requiring a candle or lantern to explore further. It therefore important to keep your inventory stocked at all times, as your candle wax and lamp oil burns up. Other items in your inventory include different clothes, foods, maps, books, and keys, all of which are needed to progress. The music composition, by Jeremiah Pena, is professionally completed, and adds great excitement, mystery and tension to every scene. There are some shortcomings to GoaT, mostly tying into the how the story is carried out. While you’re attempting to escape from prison, you attempt to gain the trust and favour of your allies, which plays out as a list of tasks (or shopping) to unlock new missions, inventory and skills. These tasks at times require you to go back to the starting point and places you’ve already explored, not once or twice, but sometimes even 3 or 4 times, although there are a few new hidden shortcuts to discover each time. The game has already seen quite a few weekly updates since its launch on 25th July 2016, which, apart from bug fixes, also improved the gameplay and graphics aspects. While I wanted to do an early review for GoaT, I thought this was the best time, especially since there was no deadline set from any publishers to do. I played through the game 4 times, one for each of the releases, and it is still enjoyable each time, now more than 10 hours in. Looking around the Web, you’ll find great reviews for GoaT, and deservedly so. The story is enticing, while the graphics and gameplay add depth to the engagement. And, it’s worth still noting that this is the beta, Early Access release for Ghost of a Tale, with a lot of development still to be done. Despite not being the final product, it is definitely worth buying now, in anticipation for the final release. 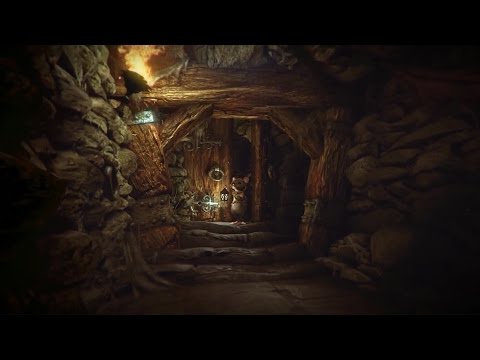