With Gamescom 2019 already in full swing, we’ve been treated to some awesome new reveals.

Although the Google Stadia presentation might have left many unimpressed, it’s some of the new trailers that gained the most attention. While it looks like this generation of consoles might be coming to an end, there are still loads of new games coming out in the near future to get excited about.

The Last of Us Part II: Naughty Dog Reveals Gameplay During Sony’s State of Play

We take a look at some of these announcements and trailers.

Fans rejoiced as the first story trailer for the upcoming Gears 5 was shown off at Gamescom 2019. As expected, the trailer features some awsome music, loads of bullets flying, brutal kills, and those darn Locusts.

After its recent announcement, EA has finally revealed some gameplay of the upcoming Need for Speed: Heat.

The trailer reveals that the game will have both day and night races. And while this is really awesome, it’s the game’s customisation options that is the true star of the trailer.

Players are even able to download the game’s iOS and Android apps right now to get a small taste of what’s to come.

Although we are happy that it has been announced, this is a sequel we didn’t expect. Little Nightmares II, the follow up to the horror platformer, was introduced with a creep trailer showing off some of the game’s new environments and, surprisingly, a brand new character. Creepy atmosphere, stealth mechanics and a new buddy, count us in.

A brand new trailer was released for the upcoming asynchronous multiplayer game Predator: Hunting Grounds, which sees a group of players going up against another player in the role of the titular Predator.

Of course, the trailer features stalking and jumping between trees. Oh, and there is quite a lot of blood and laser fire as well.

Humankind – From Pre-history to the Modern Age

Focusing on the Neolithic era to the Modern Age era, the game will launch with 60 historical cultures, such as the Ancient Egyptians and the Vikings. Of course, it’s not all about growing your civilization as combat will play quite a significant role in the game, taking into account tactical elements such as terrain elevation.

The co-creator of the Halo franchise, Marcus Lehto, showed off his new game, Disintegration, which is a team-based multiplayer game with PvE.

Thankfully, it will also include a single-player campaign.

The first trailer gives us a brief glimpse of what’s to come.

Blair Witch Game – Stay Out of the Woods

Blair Witch seems to be the game no one knew they wanted. Thankfully, it manages to capture the creepy atmosphere from the original film.

The game sees players taking on the role of a police officer investigating a missing child. Naturally, the clues lead to the Black Hills Forest where the Bair Witch is said to reside. Jump scares and creepiness ensues.

Watch Dogs Legion – How to Build Your Team

The latest Watch Dogs Legion trailer shows you just how to build your perfect team from any of the inhabitants of London.

Each of the characters you play as will have unique abilities and characteristics. For example, having a pint before a fight in order to half the damage taken or an elderly character that is a total bad-ass but might die randomly. The choice is yours.

We can’t wait to get our hands on the game.

One of the game’s fans couldn’t wait to see more of, if only to try and understand what the heck it is about, is Death Stranding.

He revealed a series of new characters from the game, including a woman “who gave birth to a baby on the other side” and Guillermo Del Toro ‘s character, Deadman, who introduces Bridge Baby, the same baby we’ve seen Norman Reedus’ character carry around.

There is also some gameplay featuring Reedus’ character, Sam, taking a leak and wandering around some wonderful environments.

Oh, and did we mention that Geoff Keighley is also in the game, although his character is voiced by Matthew Mercer.

Good luck to those who were hoping to find out more about what the game is about as even we aren’t sure exactly what is going on here.

Sony announced a brand new live-action interactive thriller called Erica during Gamescom 2019. The game focuses on the titular character as she tries to solve the mystery behind her father’s death.

Wasteland 3 – The Rangers are Back

A brand new trailer for the upcoming Wasteland 3 is here.

Developed by the creators of Fallout, the franchise is a squad-based RPG that feels very similar to the original Fallout games.

Doom Eternal – So Many Demons

During the Google Stadia presentation, a new Doom Eternal trailer was released along with the announcement that the game will be coming to the platform.

It’s short but get’s us hyped enough for the game’s release. We can’t wait to slay some demons again.

Ghost Recon Breakpoint – Team Up with Your Buddies 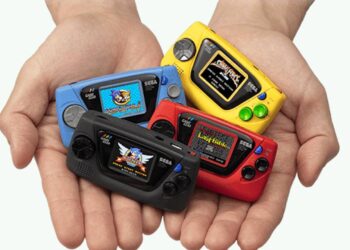 Sony Postpones PlayStation 5 Event Due To The Ongoing Protests

The Best of Steel Commando Review - A Slapstick, Comedy-Adventure Classic