Games That Can Make You Moola in 2020 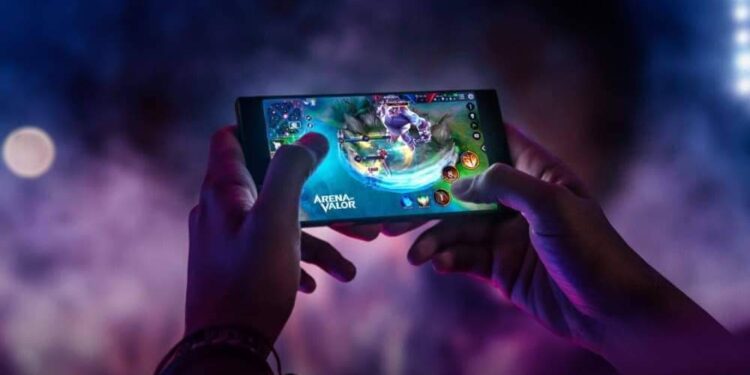 Playing games to make moola from home is increasingly popular, but how do you do it?

There are a lot of options for anyone getting started with this although it can be overwhelming for beginners as there is a lot to learn.

Here are a few ways to make moola with games over the course of 2020.

Professional gamer is a realistic occupation for many people in 2020, but you have to be world-class at your chose game if you are going to make it.

The popularity of esports is growing all the time so there are more and more opportunities to make cash for those who thrive with a joypad in their hand. Some of the most popular esports where cash can be won include Fortnite and the FIFA series, as well as games like League of Legends, Counter-Strike Global Offensive and Overwatch.

If you are good enough, you might be invited to join a professional esports team, who are likely to be entering tournaments that can be held all over the world. This is great if you love to travel!

Test games out for developers

Not good enough at games to make it as a pro but still want to make cash from playing? Well, becoming a professional play-tester might be a route you should consider going down.

Usually, producers will send games out in a pre-release state and it is down to the tester to make sure they are ready to be sold to the public.

There are usually strong guidelines for how to test a game thoroughly, so it is not quite as simple as playing the game and being paid for it. But this is a great way to make money from games!

Use your writing skills to create games

Making games is a dream job for many, but there is no reason it cannot become a reality.

Writers are in high demand in the gaming industry, though it is very competitive, so you have to be very skilled in order to make it in this line of work.

Many publishers put out advertisements when they are looking to recruit games writers, or if there is a company you particularly want to work with you could make an on-spec application. As well as writers, game developers are always on the hunt for the next great artist too.

Gambling games to make you moola in 2020

Another great way to make you moola in 2020 could be by playing gambling games.

It’s easy to setup if you find the right guide. In no time you will be claiming bonuses at the best online casinos.

There is a huge amount of choice out there on the internet, so you have your pick of the bunch when it comes to playing games such as blackjack and roulette.

Online slots are also an option if you want to give yourself a chance to land a big jackpot win.

If you had told people 20 years ago it would be possible to make money by playing games as thousands of individuals would tune in to watch, you would likely have been laughed at.

But streaming yourself playing games is now a fantastic way to earn some extra cash and a select few can even make a living by becoming a professional game streamer.

Again, it is very competitive so to make it in this industry you will likely have to have a niche that few others are working in, while an outgoing and sparkling personality helps a lot as well.

The good news is that starting costs are low – all you really need is a decent PC and a webcam. You can also package up your games streams into videos for sites such as YouTube, which provide an additional revenue stream for anyone who wants to make cash by playing games.

Among the latest developments in this industry are points clubs, where you can get paid for playing online games in your own home.

Swagbucks and MyPoints are two of the leading companies in this area, which has seen strong recent growth and seems certain to continue expanding in the near future.

Payments into your PayPal e-wallet and gift cards are among the things you can expect to receive by joining a points club for playing online games in 2020.

All of these are great options to use games to make you moola this year – so good luck!