I remember playing Mario Is Missing! in 1993 and thinking it was a fun way to learn about geography. Bless my poor geography teacher who had the personality of a mushroom, but learning about other countries from Luigi was far more interesting and entertaining than any of her monosyllable, hour-long lectures. Two decades later, I feel a strong sense of déjà vu as I play Never Alone (Kisima Inŋitchuŋa). [dropcap]T[/dropcap]his puzzle-platformer doesn’t just focus on geography, however, but also culture, proving education and gaming can go hand in hand.While the main protagonists are an Inupiaq girl named Nuna and her Arctic fox companion, Never Alone is actually a celebration and exploration of Alaska’s indigenous stories. Told in eight chapters and as an intergenerational transference of wisdom, the game’s blend of art and documentary is hauntingly beautiful and captivating in equal measures. The developers deserve a round of applause for successfully showcasing the icy wonderland’s history in an entertaining way, avoiding educational games’ common pitfall of information overload. If you don’t find this folklore interesting, please remove your brain and go back to your reality TV viewing. 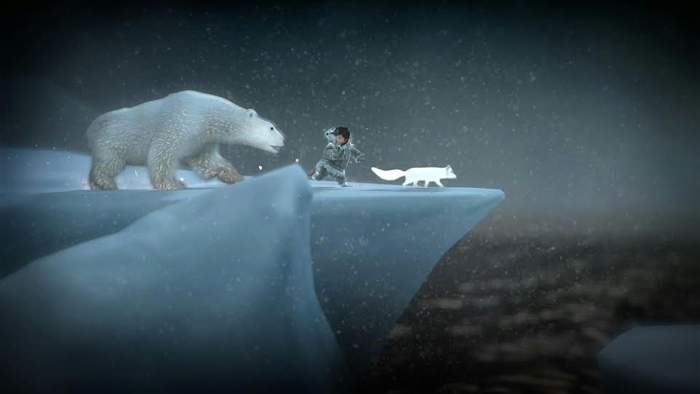 The controls are simple to master, and switching between Nuna and the fox is easy enough. Each character has its own skills and abilities, so the quicker you grasp who does what best, the better. The puzzle sections aren’t wildly difficult to solve, either; however, some do require more patience and dexterity than others. Weathering the constant blizzard proves to be the biggest challenge, since it can easily help you across a difficult section or derail your progress in one foul swoop. That said, this obstacle course won’t have you pounding your controller or drop kicking your console into orbit (cough, Dark Souls III, cough). 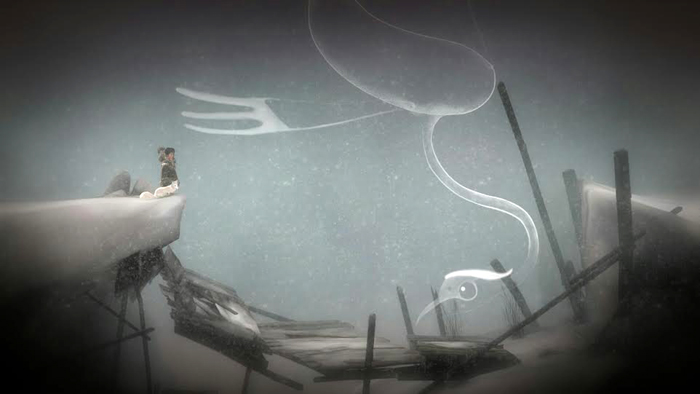 Positives aside, the overall simplicity of the game might put off someone who seeks a bigger challenge and reward. The average gamer demands much more nowadays from gaming and, despite the impressive graphics and world, Never Alone feels like it’s from another time where platformers such as Oddworld: Abe’s Oddysee ruled. It’s a shame, really, because the rich culture shared by this game is extraordinary and deserves to be shouted from the rooftops. So if you’re looking for something different, educational and entertaining, give Never Alone a bash. It’s not Metal Gear Solid or Halo, but the story is just as good.