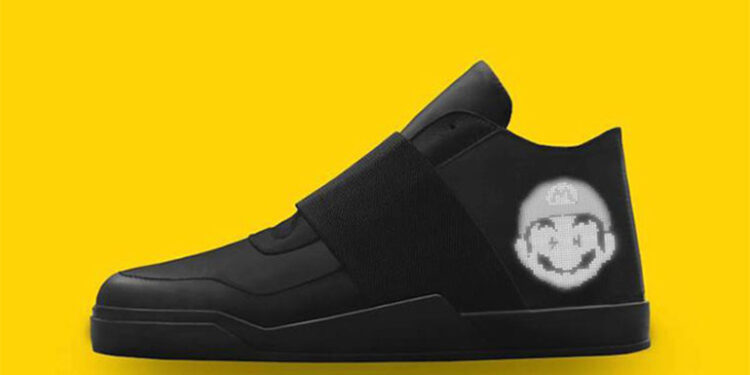 Over the past few decades, manufacturers have been touting quite a lot of futuristic sneaker tech that would become available, but those always remained an elusive dream or something straight out a science fiction movie or two. When you look back at the Nike self-lacing sneakers from Back to the Future (1985), that idea took more than 30 years to materialise.

Ironically, as the movie predicted their availability in 2015, Nike showcased their prototype last year. With smartphones and wearable companions on the rise, along with Internet of Things, the sneaker industry will also be greatly affected by the changes. Companies have been attempting to break through the technological breakthrough for more than a decade, but the concepts and associated technologies were far too primitive and ridiculously priced to make a significant impact in the market. They did, however, pave the way for the sneaker of the future, which is right at our doorstep. We take a look at a handful of interesting, and wonderfully awesome sneaker technologies that are soon to be released.

The Vixole sneaker has quite a few impressive features, which includes a LED film across the rear, which is fully customisable by means of an app on your phone. While that may be a selling point for most sneakers, the Vixole is actually more popular for its assistance in catching Pokémon by linking to the Pokémon GO app. The sneaker has an impressive 9 sensors each, which includes motion, sound and haptic feedback allowing users to be directed in the right direction when seeking out Pokémon. The sensors also integrate with VR and AR games on your phone.

The Vixole may be the future for sneakers in terms of custom looks, but the adidas Futurecraft MFG (Made for Germany) is the future of the process in making them. The MFG is the first 3D printed sneaker made in the robotic factory in Germany, the Speedfactory. While most sneakers these days are made by hand somewhere in Asia, the MFG is made with precision in the robot-staffed factory. The factory does require some level of human interaction, as showcased in the video below, but most of the process is human free. The shoe itself has a few state of the art features, such as the heel counter and three-stripe cage having been supplanted by a series of patches for more support. The sneaker will only be available in Germany with only 500 pairs being produced for the first batch.

FoS covered the sneaker’s release a few days back, which you can read here. The HyperAdapt 1.0 includes self-lacing features, while also adding some key functionality to assist athletes by integrating to their phones via the Nike app. The sneaker will be available from the 28th November 2016 in the US.

Tech companies have been tinkering in all kinds of new markets lately, and they’re no strangers to featuring some of their own tech in the smart sneaker industry. Lenovo, who’ve previously featured a few concepts in this space, have created yet another new concept, this time partnering with the likes of Intel. The smart sneakers, which were 3D printed, are packed with sensors and LEDs, which also double up as a controller for mobile games. The outsole was developed by Vibram, with whom Lenovo has partnered with for over a year now, which means it’s very likely that the company will release a smart sneaker sometime in the near future (or at least attempt to). The sneaker includes all the latest fitness trackers (counting steps and calories throughout the day), with a bunch of LEDs to light up and provide interactive indications and notifications to the user. Dance Dance Revolution anyone?

Converse Chuck Taylors have been known to be the designer’s dream, offering countless customisable opportunities, mostly by means of adding a few painted designs onto the outer sole fabric. The Chuck Taylor brand has also been synonymous with the music industry over the years. So when Critical Mass designed this new pair of sneakers, the All Wah, it fit went together like Peanut Butter and Jam (Jelly). The All Wah includes a guitar’s wah pedal directly into the sole of the shoe. The original concept, however, included some cables that may not have been the complete the solution. CuteCircuit took the idea one step further by removing the cables and making it completely wireless, by means of Bluetooth. The concept video below is from the original, cable-required sneakers.

ShiftWear started off as an IndieGoGo campaign back in 2015, which achieved its goal by more than 3000%, raising nearly $1m. The sneaker includes a thin LED panel across most of the outer sole, which is fully customisable by means of a smartphone app. The LED can display designs of your choice, including something that resembles a computer screensaver. If you managed to back the campaign, you’ll have been able to pick up a pair of the L1 classic for just $150, which will now set you back a cool $350. There’s not much more to say about the sneaker, just check out the video below.

Nike has been known to push the boundaries with their sneakers, some with groundbreaking tech, with others a more simplistic, yet nifty features. Nike recently released the Zoom Soldier 8 shoe, which although isn’t technically technological, will improve the lives of many handicapped users. The new Flyease technology helps people such as amputees, stroke victims and those with cerebral palsy, by offering users the ability to put on and remove the sneakers with one hand. The zipper wraps around the shoe, which opens near the heel, making it easy to slip into and zip the shoe in one motion, with no need to tie and untie laces.