DC Comics fans have been waiting for this one. 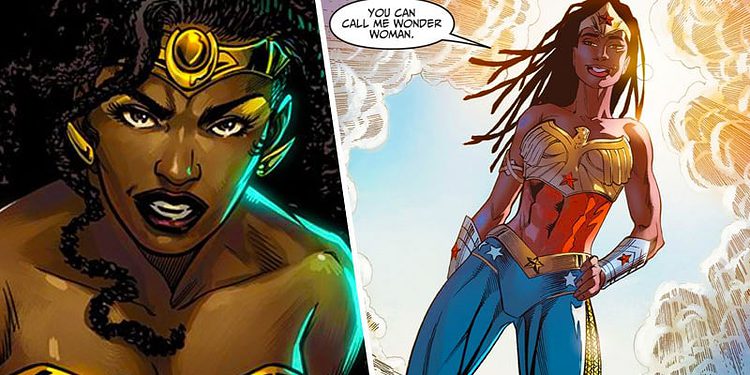 DC Comics has revealed the next hero to take up the mantle of Wonder Woman. Nubia, who has a notable history with Diana Prince, will wield the Lasso of Truth and become Wonder Woman as part of DC’s upcoming Future State event.

Future State is a two-month showcase that replaces DC’s regular publishing line. The stories are set in a future where new generations of heroes take on the roles of DC’s most popular characters.

Peer into a closer future as the original champion of Themyscira strikes out on her own. Things have not been stable on Paradise Island for some time, and Nubia has found a new home in Man’s World. Now, she is tasked with protecting it from the dangers of the world of myths and magic.

Writer L.L. McKinney shared her excitement about the project on social media with an image from the first issue, by artists Alitha Martinez and Mark Morales.

“So many DC Comics fans have been waiting for this one, so let’s. GO! Daughter of Hippolyta. Sister to Diana. Princess of the Amazons. And now? Wonder Woman. Nubia as who she was in all her original glory. Y’all know I HAD to bring our girl to the main stage. #DCFutureState!”

So many @DCComics fans have been waiting for this one, so let’s. GO!

Daughter of Hippolyta.
Sister to Diana.
Princess of the Amazons.
And now? Wonder Woman.

Nubia as who she was in all her original glory. Y’all know I HAD to bring our girl to the main stage. #DCFutureState! pic.twitter.com/fk1xWcuxE5

McKinney is also the author of the upcoming young adult original graphic novel, Nubia: Real One. The story follows a teenage Nubia who draws her inspiration from Wonder Woman.

Future State is set to include a variety of titles and characters related to Batman, Superman, and the Justice League. The stories will also feature new versions of the Flash, Green Lantern, Superman, Batman and more. Additionally, we’ll get to see how the classic versions of our heroes fit into the hypothetical future world showcased in the new line of comic books.

Can’t wait for you to meet ? The Last Amazons ? Coming to you in IMMORTAL WONDER WOMAN, January 2021! ?✨ pic.twitter.com/FVyMPhVL7W

In a statement, DC Executive Editor, Marie Javins shared her thoughts on the new line of Future State comics.

“The DC Universe has always been fertile ground for new and refreshing takes on our characters, and DC Future State definitely contributes to this legacy. When the event begins in January, some savvy readers will not only pick up on some of the breadcrumbs that have already been tossed out in our current titles, but they will also find new hints and clues of what’s to come in 2021.”