If you want a nice inoffensive documentary, then watch Secret Origins: The Story of DC Comics. It was interesting, insightful, and a somewhat whitewashed documentary about that particular company. However, if you want the unvarnished truth about a comic book company, then watch this. 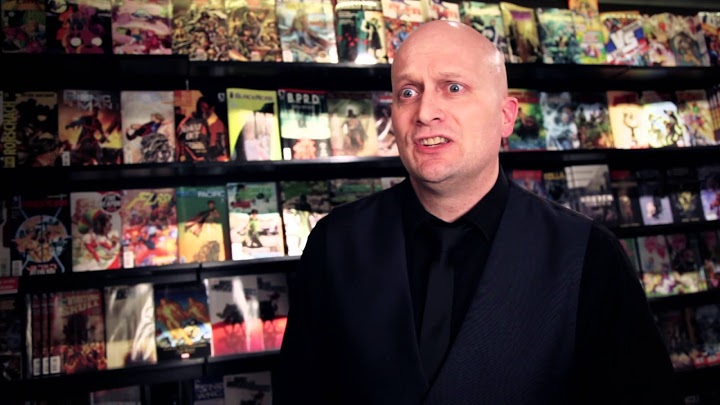 Given 2000AD’s history of being rebellious, it’s hardly surprising that this documentary covers the highs, lows and worse of the galaxy’s greatest comic. Not only does it do that, but it does it with a huge amount of anarchic, in-your-face attitude, thrashing music and brutal honesty. It’s the usual talking heads routine, but is an eye-opening tale of creators being headhunted, artists being disrespected by having their artwork used as doormats, editorial in-fighting and how one company continues to give the finger to the whole industry.

Starting with its humble (and somewhat humiliating) origins in the 1970s after the anti-establishment comic Action got banned, 2000AD’s sci-fi anthology format seemed to be a retreat for creator Pat Mills. However, by tapping into counter-culture attitudes and presented with extreme levels of violence, 2000AD created hatred within the comics community whilst having enough attitude to not give a damn. And then they created Judge Dredd.

The fascist ultra-violent lawman’s origins are explained in detail, and the character is given heavy praise from people as varied as musician Scott Ian (Anthrax) to writer Neil Gaiman, who talk about the true nature of punk and the dichotomy of Dredd as an anti-hero. Also covered are Strontium Dog, Nemesis and Torquemada. South African writer Lauren Beukes explains the apartheid allegory contained within those stories, before Grant Morrison and Emma Beeby discuss the problems of the lack of women both within the industry and as good characters. 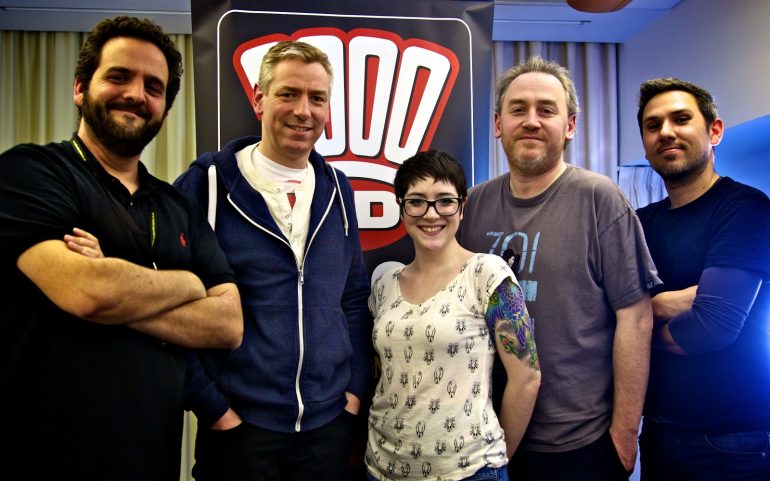 Naturally this leads into Halo Jones. Alan Moore and Ian Gibson’s tale of a young woman in a future society being plunged into an interstellar war remains one of 2000AD’s crowning achievements and it’s a tragedy that only three “books” of it were created. A clearly emotional Neil Gaiman explains how Moore told him the rest of the tale once, describing how it should have been one of the first “great” comics (the others being Watchmen and V For Vendetta).

A surprising addition to the documentary is how DC poached much of 2000AD’s top talent. Laying all their cards on the table, the creators and DC’s Karen Berger explain the circumstances behind it, their motivations, and how DC became a better place due to the British comics invasion… while 2000AD became worse. The dark ages of the business are covered thoroughly too. Bad marketing, poor business decisions and the first Judge Dredd film are all exposed.

The renaissance of Tharg the Mighty One’s comic magazine is presented too, as it’s gone from strength to strength. Impressively, all of its history has made an impact though. It’s inspired bands from Anthrax to Portishead and indirectly made DC Comics what it is today. It put an array of writers, artists and editors on the map, many having catapulted to superstardom within the industry. It’s been the alternative comic book of choice for many, and presented stories of every type within its covers. At the end of the day, is it a work of anarchic genius or a stain on the comic book landscape? That’s up to the readers (and viewers) as always, but creator Pat Mills puts it succinctly: “F*** off! Leave it alone! We got it right. You don’t know what the f*** you’re talking about, so just p*** off!”

Of course, if you’re unfamiliar with 2000AD then most of this may be meaningless. The format of it may be boring for some, whilst Grant Morrison tries too hard to prove how cool he is by wearing a shirt that proclaims he’s “Evil”. However, if you’re someone who is familiar with the source, has an interest in the creative side of the business, or even just wants to know what 2000AD has meant to the entire industry, it’s an amazing documentary that pulls few punches.