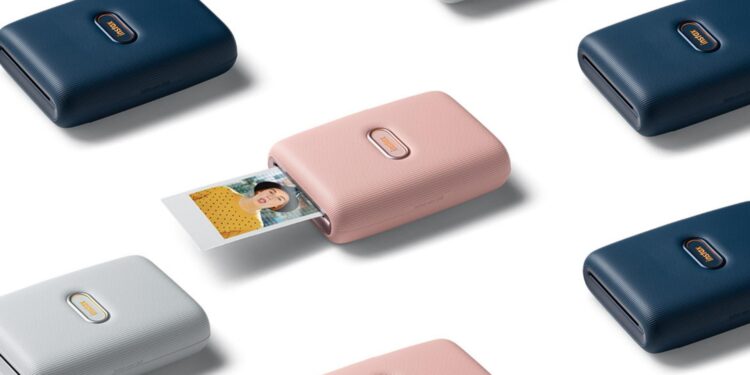 Over the past few years, many classic and nostalgia-driven products have made great comebacks. Some of these from the brands that originally released them, while others cashing in on the upward trend. Everything from sneakers and fashion to tech and everything in between has been affected. As a result of this, Fujifilm’s Instax camera range has also been doing well across the globe.

The instant camera, as well as all related products from the brand, has seen numerous launches over the past three years. A little over a year ago, Fujifilm announced the release of the Instax Share Smartphone Printer SP-2, a portable ‘instant’ printer, which paired with your smartphone for quick prints on the go. While the sales didn’t set the world alight as with the portable camera range, Fujifilm recently launched the Instax Mini Link printer, which is more portable and more affordable than its predecessor.

While it is a nifty little unit on paper, there are still a few questions to be answered, from its pricing, comparisons and whether owners of any of the other Instax cameras would find it at all useful. When we talk about simplicity and minimalism, the Mini Link would be a unit that would form part of the conversation. It’s small, elegant and lacks any frills that take anything away from its functionality. Saying it looks basic, however, doesn’t mean that it doesn’t have the looks. In fact, the lack of anything flashy makes it more of a fit among other products around the house. It also follows on from the design of the other Instax units, making it a nice addition to any units you may already own.

In terms of buttons and layout, there isn’t a lot to speak about. The unit has a large multi-function button on the top centre – long press for power on/off, single click to pair, while also acting as a reprint button if held upside down. On the rear end, there is a small latch, used to open the rear door, which houses the printer cartridge. There’s also a cover on the side that hides the microUSB port to charge the device.

The Mini Link measures 127×76.2×180.3mm and weighs 280g. The unit would be small and light enough to fit into your pocket if not for the thickness required to house the printer cartridge. The unit is available in three colours – dark denim (the unit we received for review), ash white and dusky pink. 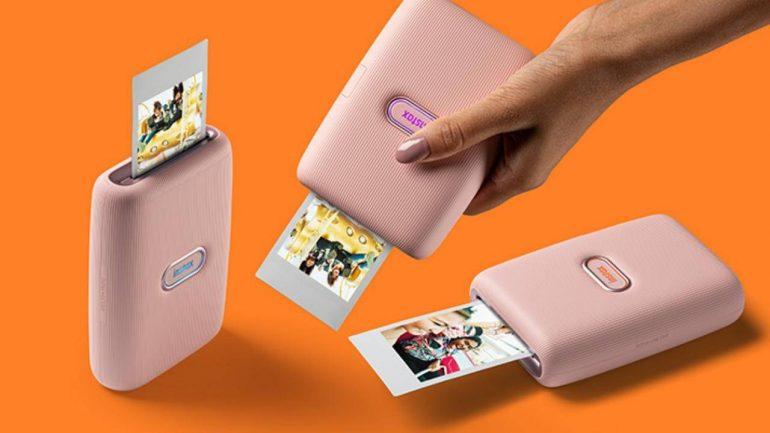 Unlike a few other devices, even from those in the Fujifilm range, connectivity hasn’t always been a smooth process. With its previous range of portable printers, users were required to connect to it via WiFi, which may be faster in theory, but causes quite a few additional issues, such as data connectivity and even connecting to the device itself. In terms of the Mini Link, engineers have switched to using Bluetooth instead. Moreover, the automation of it makes it even better. Users are required to download the Mini Link app, which then automatically connects to the device, which, once powered up, is already searching for any devices to connect to using the app. You don’t need to go to your device’s Bluetooth settings, as everything is managed from within the app. Once it connects, you’re free to start printing with ease – don’t forget to add the printer cartridge.

Using the app, users can choose different types of ‘frames’ and fun watermarks for any print. The word ‘frame’ isn’t quite accurate here, as the photo paper already has a physical frame from the off, with the app only adding a superficial layer to it. That’s not to say it’s not a great feature. Users can also choose to print as is if they don’t want anything fancy. The app allows users to also print from videos, providing the option to pause a video at the frame they wish to print. Each image is cropped to 800x600px when printed, so don’t expect high resolution, as with any of the other Instax units.

Printing itself takes roughly 12 seconds. These are comparable with the instant photos on the more standard Instax units. The app also adds a few tricks when using it, such as swiping up to, which is then followed by a neat animation of the film ‘leaving’ the screen and being printed.

While most users will use the app to connect to the device, Fujifilm has also added compatibility to its most recent range of Fujifilm X series cameras, from which users can print directly. This is quite a nice-to-have feature for anyone owning those cameras, which would otherwise need to be copied to your smartphone and then print.

Other features from within the app include quick edit features, such as lighting, filters, contrast, saturation and a few others. If your smartphone does have a more advanced editing feature from the Gallery, I’d recommend using that instead. The Mini Link app offers just the basics.

In terms of performance, I’ve already mentioned that it completes the task in around 12 seconds. While the unit doesn’t offer continuous printing, there is an option to reprint without having to choose via the option via the app. Simply hold the unit upside down and click the main button. This then reprints the previous print. The development of the photos on the film is standard, taking about 90 seconds to completely develop.

The Instax Mini Link has a non-removable, rechargeable battery. While we don’t have the exact capacity, the unit manages to print up to 100 photos before needing to be charged. With each cartridge containing 10 printable sheets, it will require up to 10 refills. This isn’t how most users will utilise the unit. This means that battery capacity is more than sufficient for almost all users.

The print quality was always crisp. The great thing about using the app to print is that users are able to choose the best quality images from the smartphones before going to print. You’re basically guaranteed a crisp, high-contrast image on each print.

The Instax Mini Link printer is not an overly complicated portable printer. Instead, it is a well-built and simple device that does what it says. During the two-week review period, the only issue I ran into was a connectivity issue, which was easily solved by restarting the printer and then successfully connecting. There are a few decent features on the device and app to add to the overall functionality. While there is a long-term worry about the longevity of the battery and it being non-removable, the device is otherwise great.

At a recommended retail price of R1,899, the Mini Link is priced at half that of the Instax Share, making it the clear choice when it comes to portable printing from the brand. The price is also similar to other instant cameras in the range. Users then have the choice to make (if only able to choose one), which to choose. When it comes to results, the Mini Link would be the obvious choice, but given the experience and nostalgia around the instant cameras, it's a very difficult bond to break.