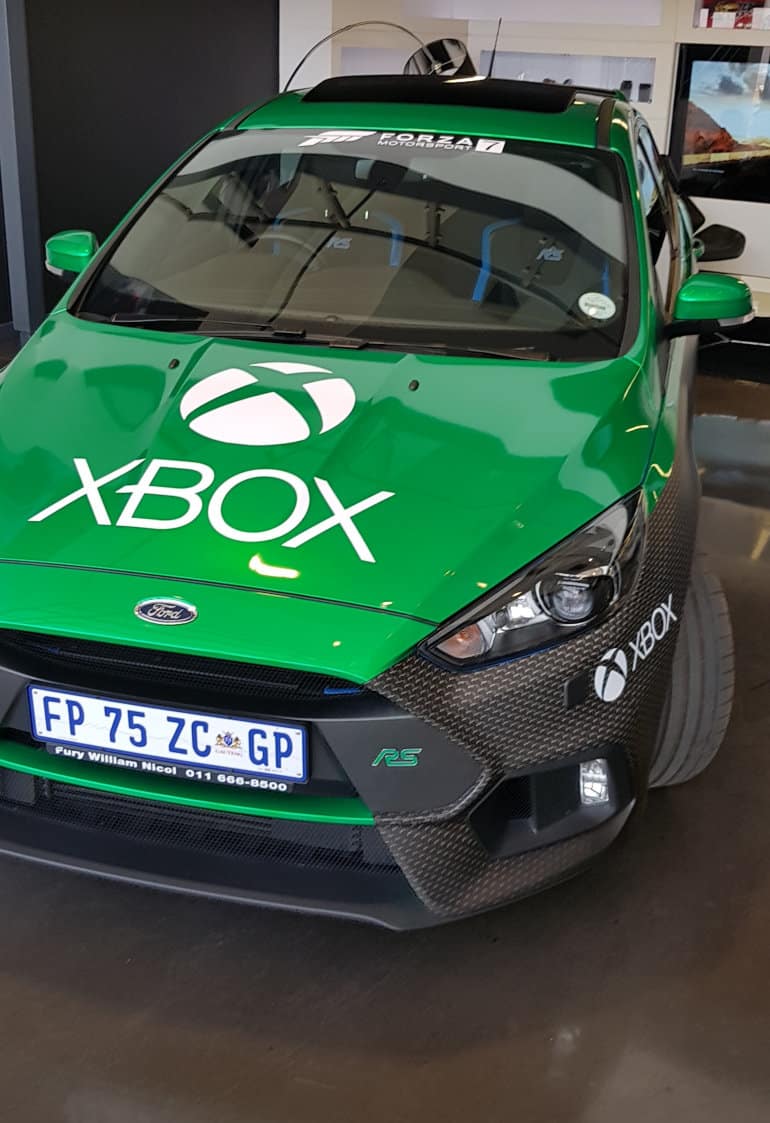 Game launch events typically consist of a medium-sized room, multiple gaming rigs with the said game loaded, sometimes additional peripherals, gaming journalists, and large amounts of pizza and drinks. And to be fair, that’s a pretty enjoyable evening amongst friends, colleagues and even competing media houses for a much-anticipated game. Every so often, however, things are flipped on their head. And this is exactly what Microsoft and the Xbox team did for the launch of Forza Motorsport 7.

Journalists were asked to gather just outside the Centurion region at the Zwartkops Race Track to experience an actual track day, with real-life sports cars from the Mercedes-AMG range. After a brief introduction and safety briefing, we all met at the entry to the track to enjoy some time on the track, first by means of a quick demonstration from the AMG Driving Academy team before having a go ourselves. There were three main cars to enjoy out on track, the Mercedes-AMG A45, C63 and GT S. While each car was amazing in their own right, with brilliant handling, speed and acceleration, the GT S stood out above the rest. After some time on the track, we enjoyed a quick hot dog lunch. The break was then followed by more time on the track, this time in the form of a driving game known as the Bank Robbery and three drag races (although this time, the GT S was exchanged for the SLS Cabriolet).

In between all the track activities, we were also treated to a game of Forza Motorsport 7, although it was only limited to a few cars and tracks. There were two areas to enjoy the game, one on the two Xbox One X consoles setup with 4K screens and then the TGN Racing Simulators, which included a time wall for the best times of the day (for which I ended up second, some 0.2s off the leading time posted). The simulators were limited to only the Mercedes-AMG A45 on the Brands Hatch racing circuit.

Based on the short time spent on the Xbox One X and TGN Simulators, Forza Motorsport 7 is a truly realistic racing simulator, complete with impressive looking scenery, weather, sounds, and handling capabilities. With a host of licensed cars and tracks to choose from, the game is beautifully crafted work of art that will leave racing fans entertained when it launches on 3rd October 2017.