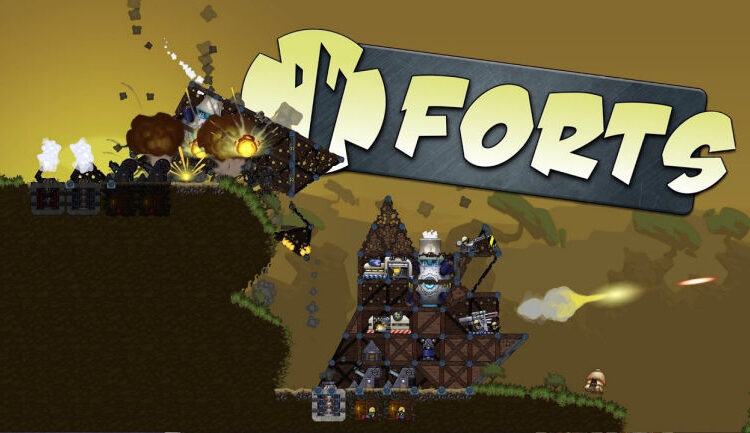 EarthWork Games first announced and showcased their game, Forts, to the world at PAX in 2016. It was met with great enthusiasm and was finally released to Steam Greenlight in late 2016 and closed beta between 12 November and 9 December 2016. The wait is finally over, as the game releases today, 19th April 2017, for all to enjoy. Forts is a physics-based RTS game that offers a mixture of building structures and firing off a multitude of upgradable weapons at your opponents’ own bases, otherwise known as forts. But it isn’t as simple as just destroying enemy forts, as you’re tasked with upgrading and building multiple structures, weapons, gathering resources, maintaining efficient energy supplies, all while actively still trying to build a defence and attacking your opponent. Hence, the real-time strategy tag. Simply put, it’s an arms race to victory.

While you or your opponent inflict damage on each other’s base, you do have the option of trying to shoot down any missiles and shots being rained down on your end, while also frantically repairing your fort from the damage suffered. Forts has many different playing modes, which includes a campaign mode, which is kicked off by means of a tutorial, multiplayer mode, skirmish mode, and sandbox mode. As you progress through the campaign, you’ll unlock new weapons, new upgrades, and quite a host of new weapons and the likes to fortify your establishment, all in the form of a tech tree, to take down the enemy base. The campaign runs through 28 different levels with a new challenge in each. Although it doesn’t seem like it, the multiplayer mode allows up to eight players to battle online or via LAN. The sandbox mode allows players to build and share their own level editor, which is a huge plus for any gaming wanting to build a community around it. If you’ve ever played any of the never-ending Worms games you’ll have a good feel for the dynamic of trying to shoot down an opponent, although it doesn’t quite match the turn-based action. On the other end, the building component feels a lot like the balls you find in World of Goo. Although you don’t have the option of using sticky balls to build your structure, building your fort in an almost tower approach has a similar feel, right down to the bounce and pressure and breaking points from the game. Neither of these two aspects make the game feel stale, instead, the joining of the two genres makes for frantic fun.

As with many campaign-based RTS games, there’s just so much to be enjoyed without a gripping or interesting story line. While Forts has made attempts to use humour to tell the story here, it isn’t enough to make the campaign memorable. There are a few challenges within the campaign to overcome, similar to that of destroying the pig strongholds in Angry Birds, but nothing to write home about either. Instead, you’ll have a lot more joy, and randomness when taking the fight online or amongst friends. Having done a bit of research about the game before diving into the review, it was interesting to note the level of engagement from the developers with the community they’re trying to build. During the beta phase, gamers were treated to days that included a ‘Battle the Devs’ multiplayer session and introducing a Forts private beta Steam group. Other aspects included weekly challenges and a few other interesting elements. Although the game has just released, I don’t see why the same wouldn’t apply to the final build of the game. Often times there’s a disconnect between devs and players, more so for games with new dynamics and concepts, but EarthWork Games has done a really good job in interacting with and being active participants in the community. And this can only be a good thing going forward in terms of patches, DLCs, bug fixes and the works. Another great aspect of the game is its ability to appeal to both an adult and younger audience. I wouldn’t necessarily say that Forts is my cup of tea, but I was still able to enjoy it, especially the frantic and random nature of the multiplayer option. There’s currently a 10% discount for the first week of the game’s release, down from the retail price of R159,99. Forts is an exciting game with an exciting community and future ahead of it and, at that cost, it’s quite a steal. 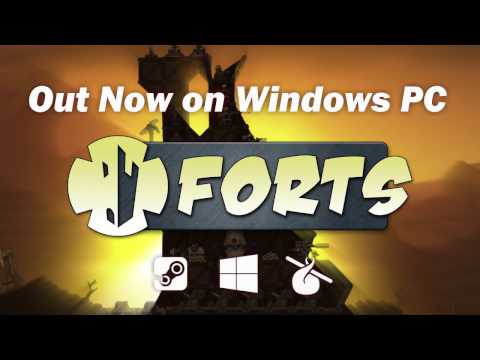