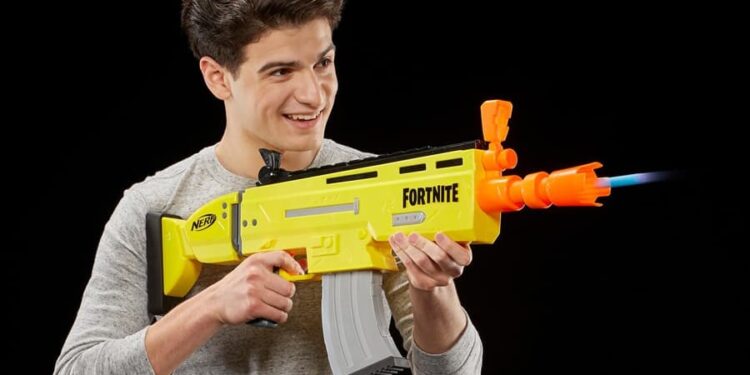 Let me start out by saying that I am by no means an expert in the highly popular battle royale game Fortnite, although I have dabbled in it (meaning I ran away and died a lot). Having said this, I am however a fan of NERF blasters and have been ever since I was shot by one way back when I was just a kid.

Hasbro has decided to smash these two popular franchises together and create a Fortnite-inspired range of NERF Blasters, which of course makes a lot of sense.

Fortress of Solitude was fortunate enough to receive one of these blasters in the range to review. Guess who is the very lucky person to review the Fortnite AR-L Nerf Elite Dart Blaster? This guy. 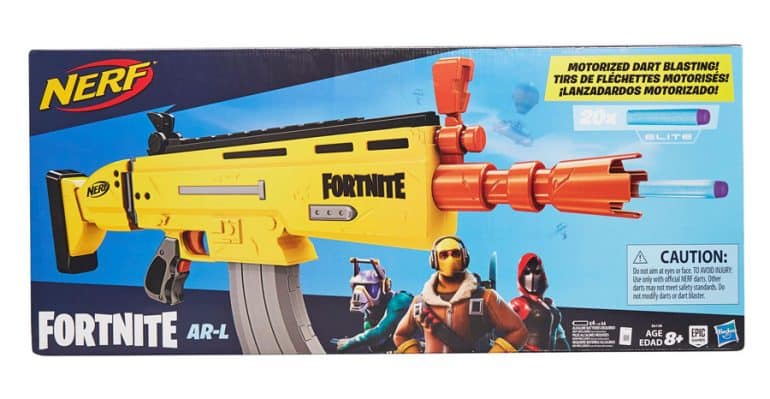 Let’s start off by looking at the packaging for the Fortnite AR-L Nerf Elite Dart Blaster. As expected, the package screams Fortnite with colourful cartoony visuals and, of course, the Blaster itself adorning the box. It’s a box that will catch your attention from across the toy aisle and one that your kids will most likely gravitate to first when standing at the NERF section.

Taking a look at the blaster itself, which is rather on the bulky side, I was initially concerned that its size would make it rather unwieldy to use, especially for smaller kids. But once I removed this beast from its packaging, I was surprised at how light it actually was, which, unfortunately for me, meant that my kids would be able to use this motorised blaster to doll out some pain on their dad. 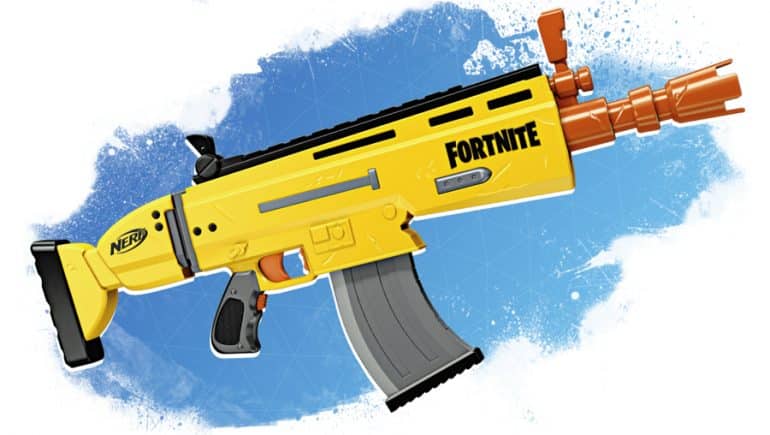 The Fortnite AR-L Nerf Elite Dart Blaster definitely does look the part as it closely resembles the weapon found in Fortnite. It’s colourful, cartoony and feels surprisingly good to hold. There is a lot of attention to detail with the body of the blaster and the barrel, even incorporating some superficial battle damage, which fits with its overall aesthetics.

The blaster is motorised (so it does require some batteries), meaning that it is semi-automatic and the faster you pull the trigger the faster it shoots. Now, you can bring the pain in heaps when facing off against your opponents or, in my case, my kids, who for some reason has perfect aim.

The gun shoots regular NERF darts and regular magazines will also fit into the blaster. It is always great when you can swap out some of your existing NERF equipment if the need arises.

It is important to note that because the muzzle resembles the one from the game, it isn’t possible to connect other NERF barrel extensions onto it. The barrel also has an oversized front flip up sight and a smaller rear sight that can also flip down.

The sights are quite important as the rail angles slightly up due to the blaster’s cartoony design, meaning that using the rail as a way to aim will make you less accurate. The rail is a standard one though, which once again means that your rail attachments from your other NERF blasters will be compatible with this one.

The grip is a tad on the small side, so one would expect it to be uncomfortable to hold by larger sized hands. Fortunately, this isn’t the case as the grip was quite comfortable for me and my kids to hold when using the Blaster.

As with the grip, the stock also seems a tad short and might feel awkward to some adults.  With both kids and adult fans of NERF and Fortnite probably being the main target market for this specific blaster, it was important that Hasbro found the perfect midway when it came to comfort when using the blaster and, in my opinion, they did. It’s surprisingly comfortable to hold and operate, which I didn’t expect from such an odd cartoony shape. Being a semi-automatic means that one or two unruly darts could jam the blaster. Luckily, NERF has made a useful little access door for unjamming any darts that don’t want to play along. I have to say though that, in my time firing the blaster and being fired upon, I didn’t experience any jamming.

The magazine for the Fortnite AR-L Nerf Elite Dart Blaster, as is the case with most NERF blasters these days, is easily removed by pressing a small button situated in the trigger guard. Also, the darts fit snugly into the magazine.

Overall, the Fortnite AR-L Nerf Elite Dart Blaster was a pleasant surprise. Due to its strange shape and bright colour, I didn’t expect to like it as much as I did. But I have to say that Hasbro really stepped up to the challenge in making a NERF Blaster that not only resembles the weapon found in Fortnite but, more importantly, functioned and performed well.

If you love both NERF and Fortnite and you are looking for a new blaster as a part of you next cosplay (which this blaster would be perfect for), then the Fortnite AR-L Nerf Elite Dart Blaster is the NERF Blaster for you.

The Fortnite AR-L Nerf Elite Dart Blaster is big, it's bright and packs quite a punch. It combines the best from NERF and Fortnite into a surprisingly great blaster.