With Marvel and Medusa in Colorado to prevent Nico Minoru – the magical former leader of the Runaways – from killing a girl called Alice, things seem simple enough. Well, except for an infestation of giant bugs on the loose and a tense standoff between Dazzler and Singularity, Marvel and Medusa, and Nico and monster hunter Elsa Bloodstone. Dazzler is ready to blind Medusa and Marvel wants to arrest Nico, while Singularity wants an end to hostilities. We take a look at Civil War II: A-Force #9. 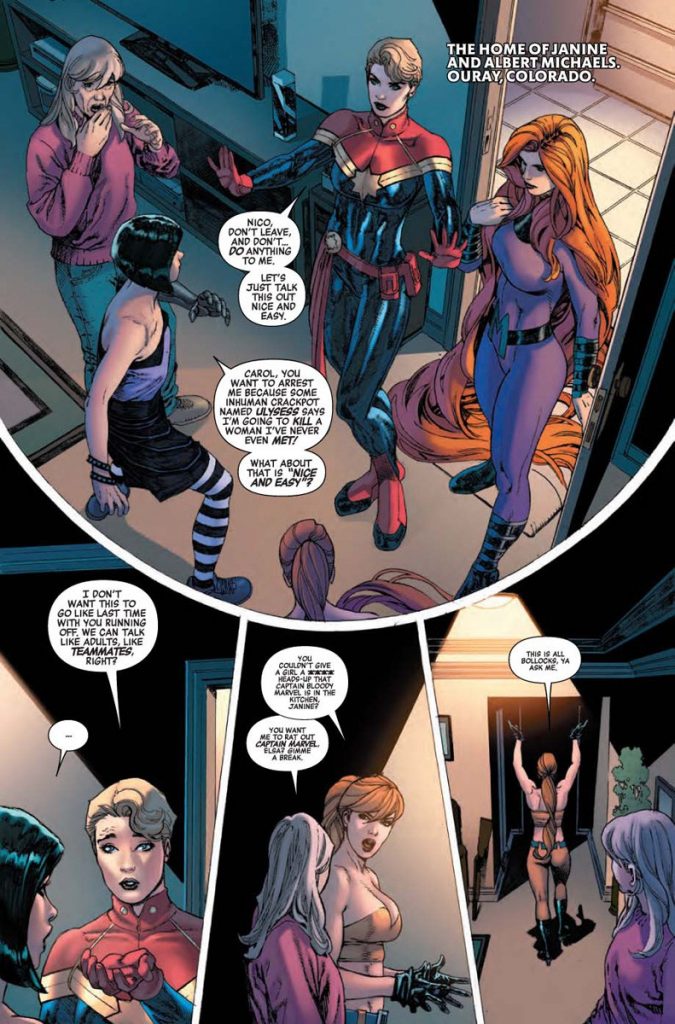 [dropcap]W[/dropcap]hat follows is a frank discussion about the nature of judging others based on perceptions. Marvel continues to insist that she’s doing the right thing, but Nico makes the most basic of arguments in her own defence. While Dazzler and Medusa spend some time bonding, it’s up to Nico, Marvel and Elsa to track down Alice and the giant bug which has been tormenting the town. What they find is startling and shocking, and may force them all to question their own ethics…

A-Force #9 is a prime example of how to progress a storyline through strong characterisation. Every player in this issue has something worthwhile to say, making it one of the smartest (and most fun) entries in the Civil War II series. There’s tension, but there’s also hope. While the action ramps up at the end with an astonishing cliffhanger, it’s the dialogue and chemistry between the characters which shines throughout. 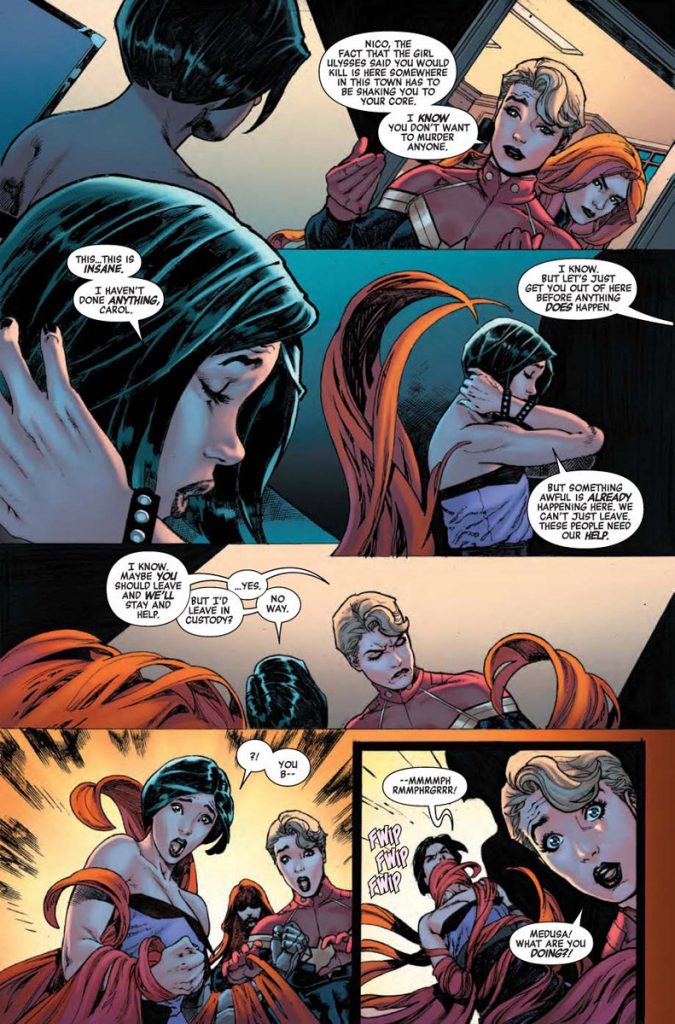 Plus, of course, there’s Elsa Bloodstone.

To say that she swears like a ship full of sailors is an understatement. When combined with her flippant attitude it makes her one of the most instantly-likable characters in recent memory, coming across like a hybrid of Ash from Evil Dead, Vinnie Jones and Lara Croft. Clearly the creators of this comic book have a fondness for her too, and it’s easy to see why. Any character who walks away from a Mexican standoff to make a sandwich and later regrets having to toss it away when the action starts, that’s a winner!

The art manages to keep the story moving along smoothly, and there’s just as much emotion in their facial expressions as there is in the dialogue. It’s a good combination, and when Kelly Thompson’s impressive writing and Paulo Siqueira’s solid art go hand-in-hand together there’s something special on display.

As with so many of the Civil War II crossovers, it’s hard to know which ones to really go for. However, A-Force #9 is more than worthwhile and hopefully it’ll bring in some new regular readers too, because this series deserves it. It stands head and shoulders above the competition in every way and has earned its place there. 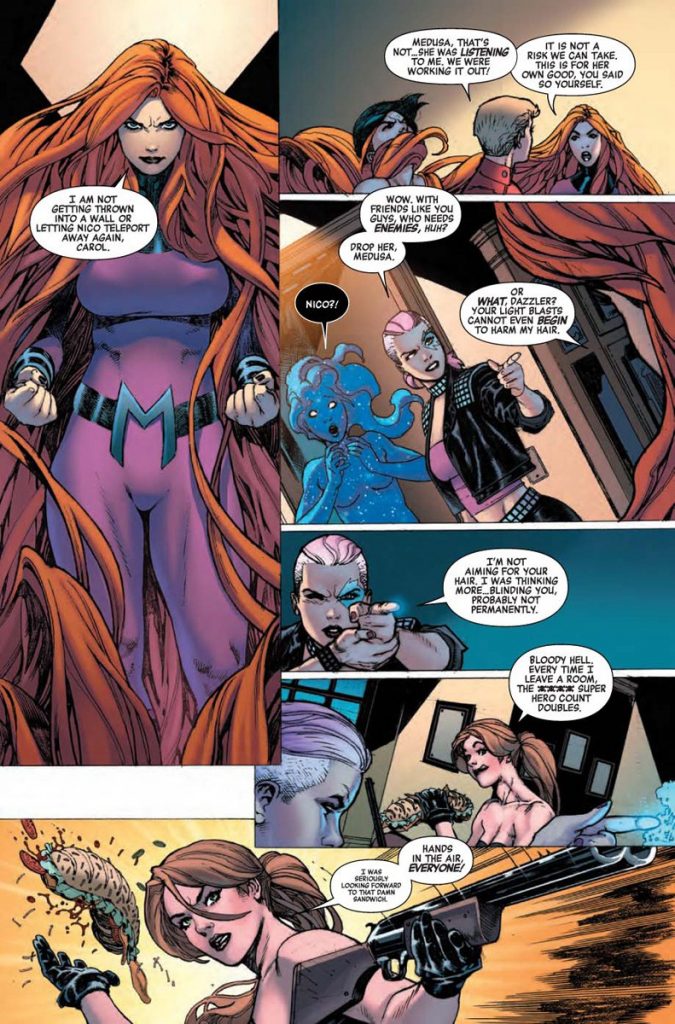