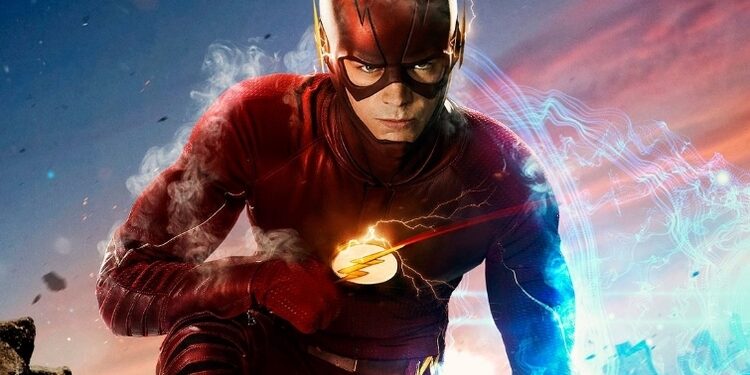 This week saw a return to formula, with yet more plot holes appearing and Barry’s problems were again solved after a yet another pep talk. However, The Runaway Dinosaur was touted heavily as having special “guest” director Kevin Smith taking the helm, so could he bring anything special to the party? In a word, no. With Barry swallowed up by the Speed Force, it’s all go for Team Flash who have to try and rescue him. Except for Barry’s dad, who has to try and revive Jesse from her comatose state following the lab explosion. To make things worse, the Z-list villain Girder has been revived as a zombie (those particle accelerator explosions mixed with lightning and Speed Force can do anything!) and he wants to kill Iris, so he goes on a rampage across town.

Meanwhile, Barry gets a good emotional slap in the face when he has to justify his actions since becoming the fastest man alive. It’s all about him coming to terms with the loss of his mom – something he’s had sixteen years to process since she’s been dead, but that he’s apparently never quite gotten around to. All he has to do is read the kiddie book, The Runaway Dinosaur, and he’ll get his power back.

As for Zombie Girder, he smashes up Central City Jitters coffee shop (off-screen). Iris has to lead him all the way across town back to STAR Labs on foot, where everyone then locks themselves inside a room where they’re an easy target. As you’d expect, the Flash returns from the Speed Force just in time to save the day and revive Jesse.

So what’s the problem? Once again, super-smart Team Flash act like idiots. Then there’s the Speed Force. Whilst it’s good seeing it presented in such straightforward terms, the reason for Barry being there and the pep talk he gets are both weak. It seems like every week Barry needs a pep talk, whether it be from Joe, Iris, or his dad. Here, the sentience of the Speed Force here is represented by… you guessed it. Joe, Iris and his dad. Sigh…

The symbolism of the kids book, The Runaway Dinosaur, was very sweet even if we’d seen it done before in Daredevil season 2. Although the dialogue reflecting that style of storytelling (“Run Barry, Run!” “Sit Barry, sit!”) was heavy-handed. While Barry’s time in the Speed Force was supposed to be an emotional suppository for him, the idea of the whole thing boiling down to reading a kid’s book makes as much sense as trying to stop Zoom with cardboard cut-outs. Oh wait, they did that before too.

Still, there were some nice character moments and callbacks, like Joe dropping his coffee mug to see if Wally had gained superspeed, Iris asking some smart questions for once and Henry Allen looking increasingly like the real Jay Garrick. However, as a “guest” director Kevin Smith added nothing but marquee value to The Runaway Dinosaur. Since he’s a director and the normal directors are directors too, what makes him so special if he’s just doing his job and is no better than the usual directors? It seems to be about nothing more than image at the end of the day. Ultimately it was just another episode, albeit a slightly more spiritual one for Barry.

Those plot holes still remain too. Why isn’t Central City in a panic now Zoom’s taken over and is killing people as he chooses? Likewise, in the last episode we were informed that Jitters is located “just a block away from the precinct”, the same police precinct where Zoom and a dozen super-powered henchmen have made their base… yet a giant silver zombie trashes Jitters and none of them notice? What, Zoom doesn’t have a perimeter set up in case they get attacked, or scout the area personally? As for Joe and Iris jogging all the way to STAR Labs…

Ultimately, despite a “guest” director and some added sentimentality, The Flash still has some way to go before it hits a good stride. 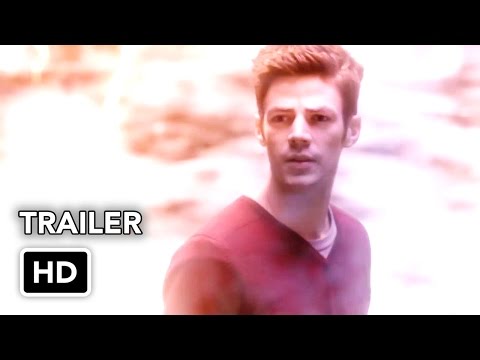