If you haven’t read, DC Universe: Rebirth #1 then be forewarned of spoilers in this review.

The Flash: Rebirth #1 continues the events of ‘DCU: Rebirth #1’ but is told from Barry’s perspective rather than that of Wally West. The Flash is at the centre of the Rebirth saga making this a much sought after title. It seems the intent is to capitalise on current incarnations of Barry as found on the CW and merge his character and story with pre-New 52 Barry. [dropcap]T[/dropcap]his feature issue is primed for new readers as the story starts with a murder that is eerily similar to that of Barry’s mother. Through flashbacks we are succinctly introduced to Barry’s backstory and made aware of events prior to the New 52.

Wally and Barry’s reunion is conveyed with genuine sentiment, a good sign that writer Joshua Williamson is adept at handling the emotional and interpersonal dynamics between characters. Through this encounter with Wally, Barry learns that the timeline has been altered and his memories have been erased. Barry then teams up with Batman to uncover who is behind this.

This issue is geared heavily toward new readers but it also tries to establish the new direction of the characters and the overall motivation for the Rebirth storylines. Regular readers will continue to find joy in the reappearance of Wally but won’t find much plot or action otherwise. Nonetheless, Williamson, who has a clear and enjoyable writing style, does a good job of balancing all the disparate aspects of the story.

Artist Carmine Di Giandomenico does a solid job but he has big shoes to fill as the series has had excellent artists of late. Carmine is great when depicting speedsters, using busy line work to capture their kinetic energy and fast movements. However, he is a bit inconsistent as some panels look underdone and have perspective issues.

Seasoned readers might feel this issue retreads familiar turf namely, Flash Rebirth and the flagship release, DC Universe: Rebirth #1. Yes, this issue does glean a lot from those two but overall, The Flash: Rebirth #1 is a good read that does a fine job of reintroducing Wally and combining the Flash of today with yesterday. 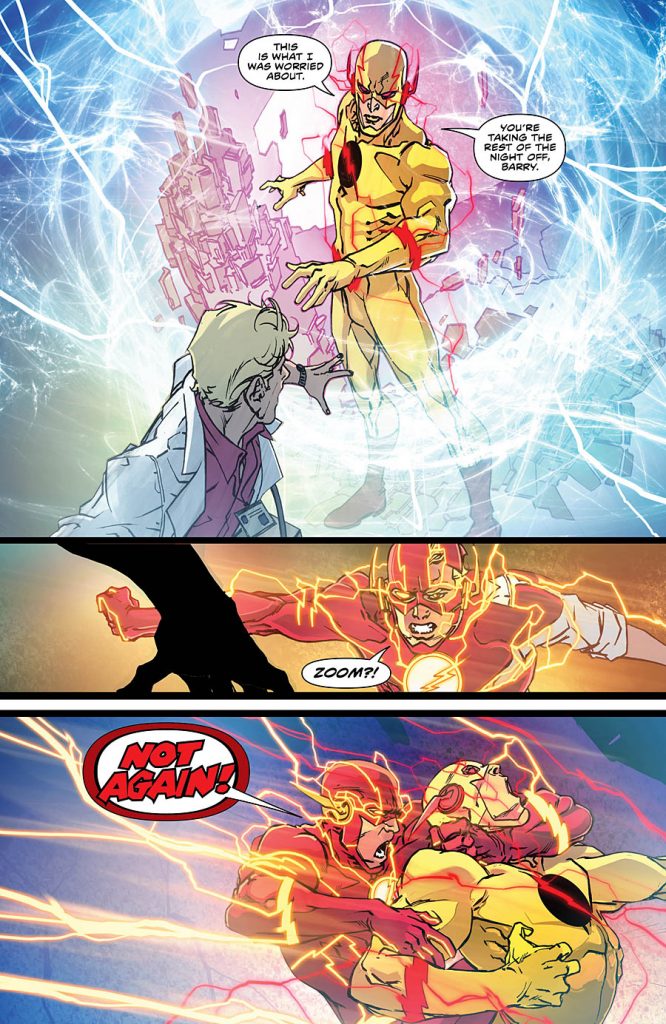 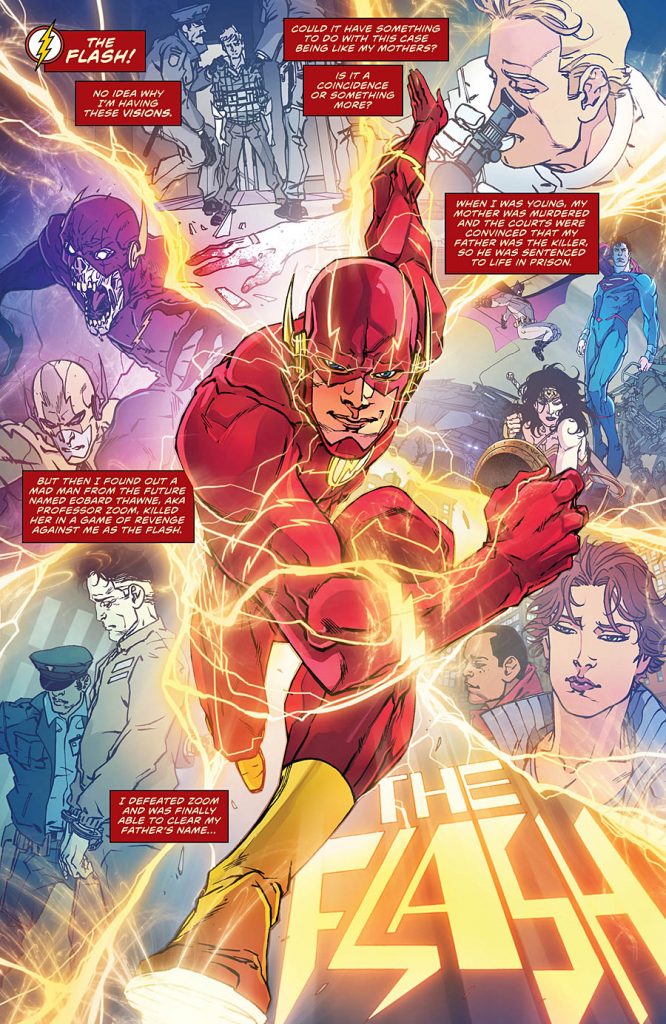