Home > TV Series > Can I Review The Flash Episode Flashpoint With Only Questions?

Can I Review The Flash Episode Flashpoint With Only Questions? 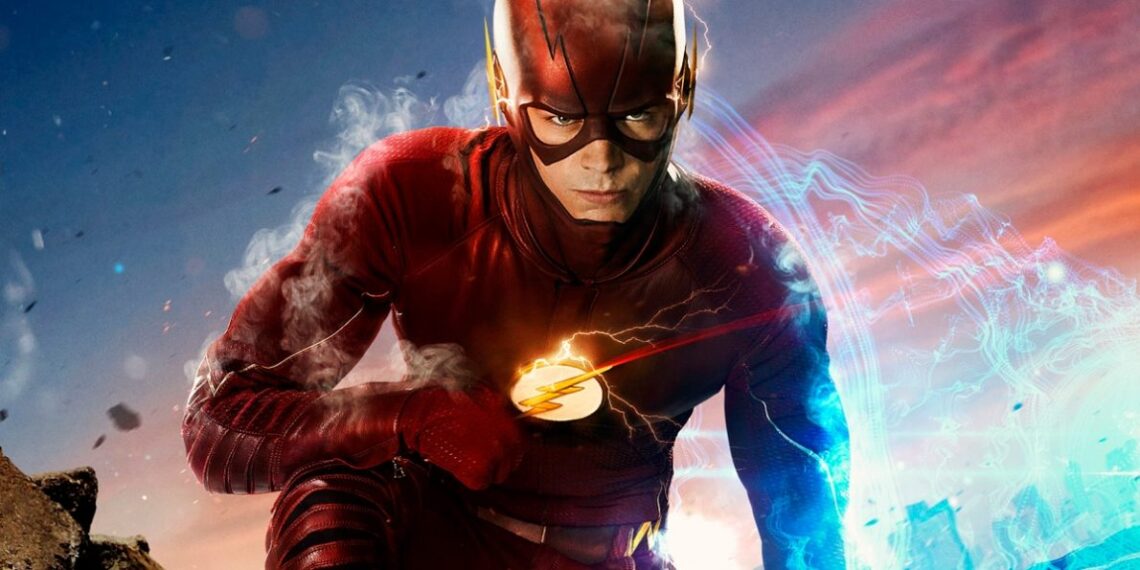 When someone asks if you can review a TV show using only questions, what can you say? Would it be madness to even attempt such a thing? How could it even be done? I mean, what kind of a maniac would do it and why? Was it a bet? Was it a dare, or some kind of personal challenge? Was it because the show had so many plot holes and disappointments that it doesn’t even deserve a proper review? Would you believe it’s a combination of all of those factors? 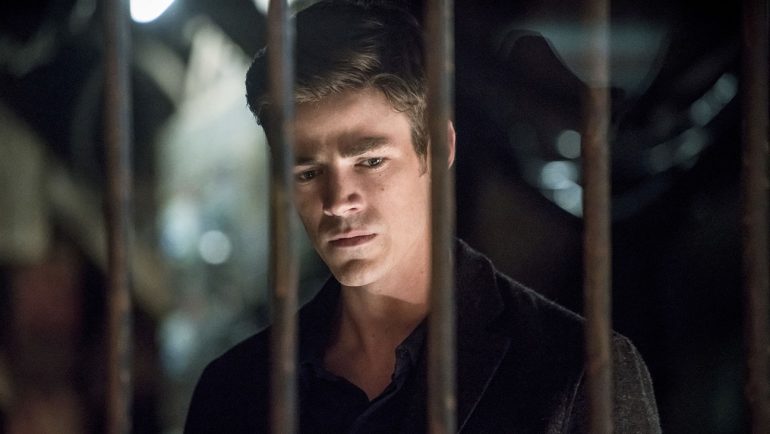 What was the plot of this episode? Don’t you remember that, at the end of last season, Barry went back in time and altered the timeline so that his mom never died? You do remember that, right? Then why are you so shocked that he’s now spent the last three months in an alternate timeline where his parents are still alive? And isn’t the really shocking thing that he’s still got his superspeed, despite having created yet another paradox where logic tells us that he shouldn’t have superspeed at all?

Wait, can you put that thought on hold for a moment please? Who’s this new young speedster racing around in a hideous yellow Flash costume? Would it surprise anyone that it’s Wally West? Does anyone think that it isn’t? But why does he have superspeed? Would a lightning bolt hitting a special nitrous mixture in his car, despite being grounded and lightning striking cars having no real effect, really give someone superspeed? More importantly, why has Barry become Iris’s stalker? And why does Barry’s mom think that that Barry becoming a stalker is cute and adorable? Why are there so many stupid questions left unanswered in this show?

Could it be because this episode didn’t bother to say anything meaningful at all?

Why is Barry so dumb that he can’t understand that he’s created a huge temporal paradox? Why would he spend three months stalking Iris yet not bother to find out what any of his friends are up to? Was Barry so wrapped up in hugs from his parents that he forgot to even visit STAR Labs, even though he needed to lock Eobard Thawne up in a containment unit so it should have been the first place he’d visit? Why would it make more sense to him to build a containment unit in a warehouse? If he built it because he did visit the non-existent STAR Labs and found he couldn’t put Thawne there, then why didn’t he notice that Cisco was now the Donald Trump of Central City? Wouldn’t he have spotted that in the course of three months? Is he that bad a friend that he ignored his team completely? And why would Barry choose to not call in Harrison Wells on this case, since in this timeline Wells certainly isn’t Eobard Thawne in disguise?

The again, why is Detective Joe West an alcoholic? Are Iris and Wally so uncaring that they never bothered to check in on their beloved dad? Doesn’t Joe’s long-time friend Henry Allen ever check up on him either? Why didn’t Barry help Kid Flash defeat The Rival sooner, and allow a masked maniac to terrorize his city for a while? Why does Barry’s amazing plan of teaming up with Kid Flash to stop the rival mean that they’ll both fight him individually, as opposed to actually being a team? Does Barry even know the meaning of the word “team”? Wasn’t it a sickening cliché that, despite only having spent minutes with him, Iris knows she loves Barry more than life itself? Why wasn’t Eddie Thawne around? And, containment unit be damned, why is Eobard Thawne still existing despite changes in the timeline? 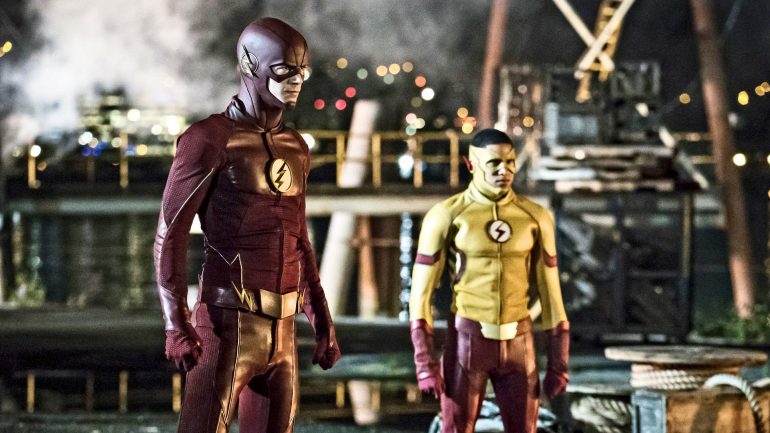 With all the silly changes to the timeline, shouldn’t those Black Flash Time-Wraiths have been all over Barry like white on rice? Didn’t they show how relentless they are and the dangers of altering the timeline last season? Why is Barry’s memory fading when he uses his speed, and how does he even know he’s forgetting if he’s forgotten all of those things? Since memory loss is a side-effect of the new timeline “setting”, shouldn’t Barry have lost his memories in the other alternate timelines he’s created, including the main one, since he once prevented Central City from being wiped out by a tsunami by changing time?! Does Barry suffer from constant amnesia?

Isn’t it ridiculously hypocritical that the new Cisco says that he built the Kid Flash suit for Wally because normal clothes (and shoes) rip apart, catch fire or explode at high speeds, when Barry keeps running in his normal clothes all the time with none of that happening? Didn’t they explain this back in season one, and have constantly ignored it ever since? Why are there so many plotholes here? If there was no STAR Labs to have a particle accelerator explosion, how come there are still triggered metahumans? Since a part of the paradox is that Barry has powers, is he really that timeline’s Barry, and if not then where was the real one? If he is, then shouldn’t he be powerless from the very beginning? 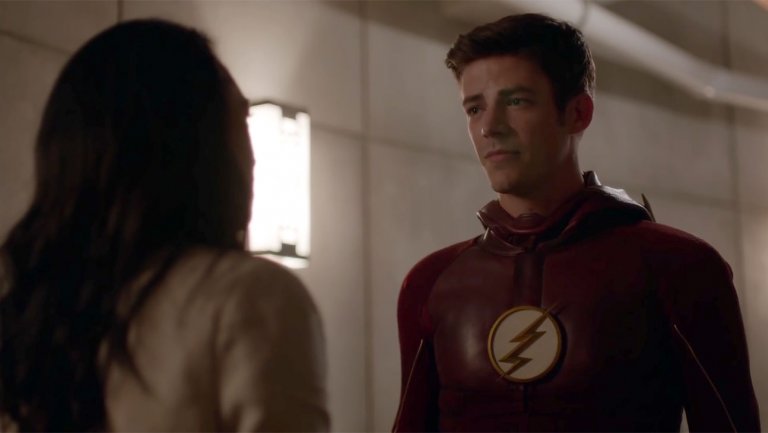 Why is Flashpoint – one of the biggest crossover series in DC history – dismissed as a plot within one single episode? Doesn’t it deserve better? In that comic book series, didn’t Barry have to truly suffer to understand the consequences of his actions? Did Joe becoming a drunkard, Wally getting injured, Barry losing some memories which weren’t important in the new timeline anyway and Iris still loving Barry really, REALLY seem worse than the death of Barry’s parents?! Wouldn’t it have made more sense to take a few episodes to tell the story better, to up the stakes straight away by having Barry become powerless and to keep upping them in every subsequent episode? Is it because they pulled that powerless routine at the end of the last season, and stuffed things up for themselves before they even began? Is it just another example of lazy plotting and writing on their part? How can a show so full of stupid ideas keep getting such high ratings from critics? What are they, high?

But then, how cool was it seeing Julio Mendez from the 1990 show again? That was pretty cool, right? But does that one little thing really make up for this show’s laziness and unanswered questions on display here? Will the next episode, Paradox, really fill in all the missing details? Why should they if nobody really cares? Why did I even watch this garbage, since I vowed that I was done with this show at the end of last season? Why am I still holding out hope for a show that clearly isn’t improving and probably never will?

Would it hurt the people behind this show to get things right, just the once? Is that too difficult a question to answer?