First-Look Photos of Camrus Johnson as The CW’s Batwing The CW has released the first official photos of Batwoman star Camrus Johnson as Batwing ahead of his debut on the Arrowverse series. Lucius Fox’s son, Luke Fox, will join the Scarlet Knight in her mission to combat crime in Gotham.

As you can see from the images, the CW Batwing costume closely resembles his suit in the comic books. Designed by Maya Mani, Diana Patterson and Andy Poon, it features the familiar black-and-blue padded armour, the signature helmet worn by the character and, of course, the glowing bat symbol on his chest.

According to the official synopsis, Batwing will be “Batwoman’s crime-fighting counterpart as they work to clean up the mess created in the season two finale. But before Luke Fox can fully embrace the awesome and powerful nature of his supersuit he must first overcome his own personal demons.” 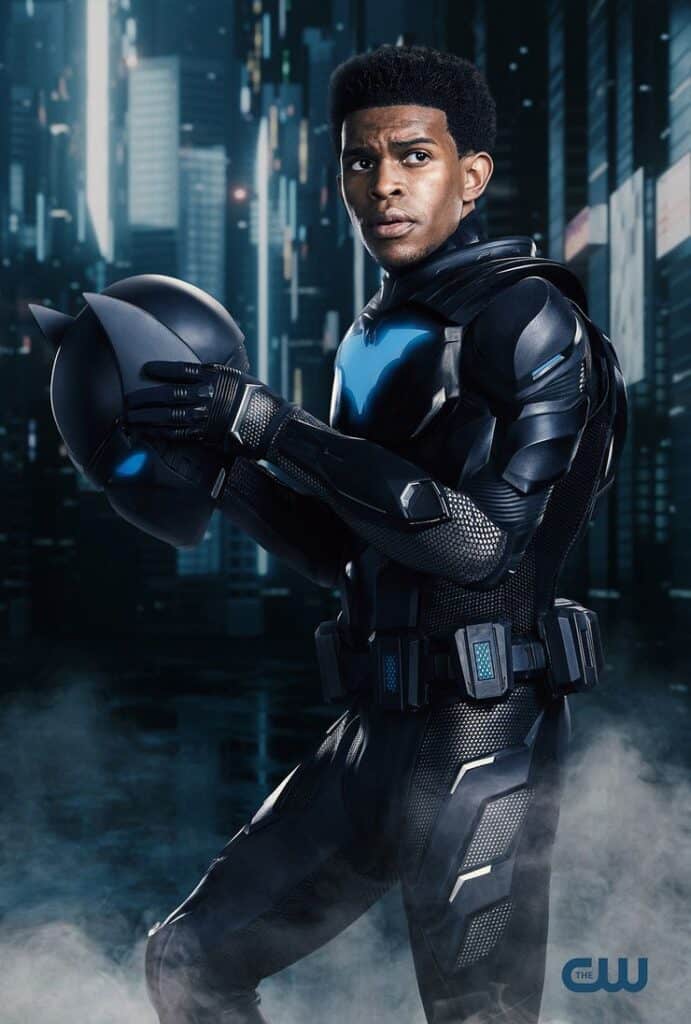 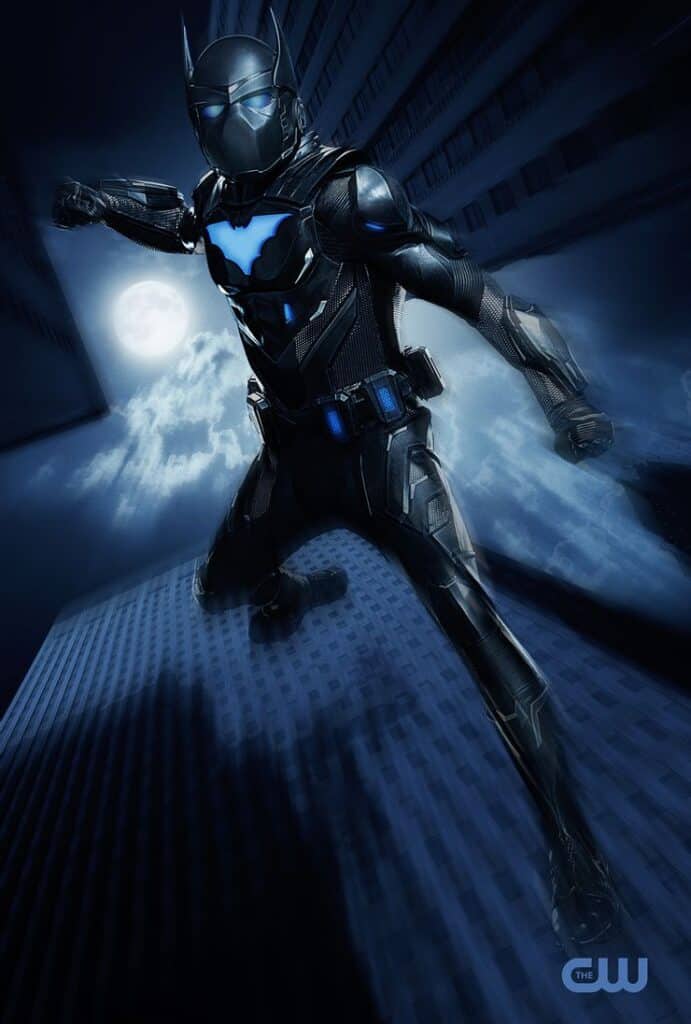 “I’ve been looking forward to seeing Batwing since we decided to make Luke Fox a fundamental part of our Bat Team way back in the pilot development stages,” showrunner Caroline Dries said in a statement. “I can speak for Cam when I say, so has he! But this character couldn’t come out of nowhere. We built this character from a deeply personal and complicated Luke story that we began setting up in season one, and I look forward to unfolding it over the course of season three.”

For those who don’t know the history of the character, the first Batwing was David Zavimbe, a Congolese police office. He is later replaced by Luke Fox, a mixed martial artist and the son of his close associate Lucius Fox.

Like his mentor Batman, Batwing uses a variety of gadgets, weapons and tech to help him fight crime and corruption. He also has wings that allow him to fly (or glide).

What do you think of the CW’s Batwing costume?