If Marvel Made Batman v Superman 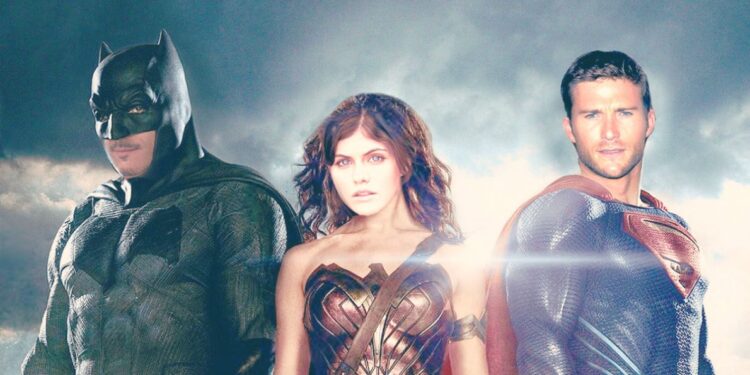 When it comes to comic book films, fans like their superheroes like they like their coffee. Some like it hot while others like it cold. Some want it with milk while others prefer it without. Some like it with sugar while others… You get the picture. Here we look at what goes into making a Marvel film and what it might look like if Marvel made Batman v Superman.

Firstly, I must put a disclaimer that this article is not a diss to either Marvel or DC. It’s simply meant as harmless fun. As a filmmaker, I could argue the strengths and weakness of both companies, but that’s not what this is about either.

Are Marvel movies made for children? Are they made to sell toys? These insults miss the mark. Marvel is interested in growing their brand and making you care about the next character they introduce into their universe. Writing for a film in the Marvel universe isn’t a walk in the park. However, there have been certain consistencies in all the films. Hence, the Marvel formula theory.

All Marvel’s stories start with a likeable protagonist. Someone with clear motivations and a very good heart (even when they are a crook like Ant-man’s Scott Lang). This screams pre-new 52 Superman. Marvel would probably take the same stance as they did with Captain America and introduce us to a Superman who is warm-hearted, filled with courage and cares about people more than anything else. Superman and Captain America are essentially both boy scouts who do the right thing. All the time. Snyder’s Superman is very different. He’s the type of person who has been taught to look out for his own interests before others. His relationship with Lois and Jonathan Kent’s teachings reflect that idea. Although, to be fair, he did become the Superman we know at the end of Dawn of Justice by sacrificing himself for everyone. But I imagine Marvel’s Superman to be much lighter, happier and friendlier. The kind of superhero that would save a cat from a tree. He’ll also smile a lot more.

Forget the complicated twists, flashbacks, and storytelling gymnastics. That’s out the door. Marvel likes a simple plot. It would be a film that focused mainly on Batman and Superman. Lex Luthor, Doomsday and Lois Lane would be subplots shrunk down to a few scenes or cameos. And rightly so. If fans pay to see a Batman versus Superman movie, that’s all they really want to see.

Every Marvel movies has have at least one powerful weapon or item that can possibly destroy the world. Like the Tesseract, the Infinity Stones, or the orb from Guardians of The Galaxy. Batman v Superman’s can probably be kryptonite. It has the power to bring Superman to his knees.

Most Marvel movies start with an epic battle to show off the hero’s strengths. In this case, it would have been nice to see Batman in action at the warehouse earlier in the film. That’s the kind of scene Marvel would open with. They have done it in Civil War, The Winter Soldier, Age of Ultron and many others.

Lex Luthor would be too likeable for Marvel’s taste. Although Loki is very likeable, most of the other villains serve as nothing more than villains. We don’t care why they are the way they are or the reason why they got to where they are. They are bad guys and they are in the way of our hero. Just look at Red Skull or Ronan. All they really had to do is show up and look evil. Marvel is known for mixing a good dose of humour between the action and drama. I’m sure Clark Kent could add a few laughs with his goofy demeanour. The laughs would certainly not come from Batman’s side. Then again, Bruce Wayne’s playboy act in The Dark Knight did offer some giggles. It’s incredibly difficult to squeeze humour into something like Batman v Superman. The DC universe sorta doesn’t lend itself to comedy so much. It’s usually left to the villains to offer funny one-liners. Look at Suicide Squad, for example. The villains there can be as funny as they want to be but still keep the serious tone of the film.

If Marvel made Batman v Superman we’d definitely get our usual Stan Lee cameo appearance. Imagine Clark Kent the busy Metropolis hustle and bustle. He clumsily walks to cross the road and a taxi cab crashes into him. A shocked cab driver hops out to check if Clark is okay and discovers his cab is crushed. Clark hasn’t got a single scratch. We look closely and notice the cab driver is none other than the Marvel creator. Marvel loves science and technology. The Thor, Spider-Man, Iron Man, and even Captain America movies have its fair share of it. Wouldn’t it be great if we could see Bruce using more of science brain to figure out how to use kryptonite and how it affects Superman?

Guardians of the Galaxy is filled with pop music and most of the others at least have one popular pop song in at least one scene. The pop song can be used over a montage to show the inner turmoil of the characters preparing to go to war with each other. These can be really fun when done right.

A superhero wrestling with inner turmoil is common in Marvel’s comic book film formula. Iron Man is someone who struggles with inner turmoil in every film. Batman would probably be the same. There is always something he needs to overcome inside in order to move on.

A MacGuffin is a plot device in the form of some goal, desired object, or another motivator that the protagonist pursues, often with little or no narrative explanation. For Marvel, it’s usually the Infinity stones. For Superman, it could probably be obtaining an ancient Kryptonian artefact or maybe the whereabouts of the missing person (Supergirl) from the empty capsule in the spacecraft.

If Marvel made Batman v Superman, our heroes would fight more than once. Midway through the film Batman and Superman would be at each other’s throats already. Superman would win the first fight, causing Batman to go back to his cave to plan a way to win the next. The second battle is there for great action pieces and to teach our heroes that they still have a lot to learn in order to get victory. Batman wouldn’t be ready to go against Superman yet. He will need to learn a lesson and give a hundred percent more effort to training before he could go head to head with Superman again. After two hours of build-up, we’ll finally get to see our heroes go toe-to-toe the way we expected. They’ll walk out to the battlefield in slow motion and prepare themselves for the fight of their lives. The fight will involve a lot of CGI and explosions. And who knows, maybe it will end in a dance-off. I’m sure Batman has got the moves.

Someone who we thought was dead, isn’t really dead at all. And as the film is about to end, the twist will be revealed. Jimmy Olsen didn’t really die out there. We didn’t actually see him bleed out and die. And so, he will return at the end to give Superman a pat on the back.

In the end, our heroes will become the best of friends. Batman and Superman might even share a shwarma in the Batcave. It’s the kind of thing that usually happens at the end of those How It Should Have Ended videos. That’s what will happen here. And just before we roll to black, Stevie Wonder & Dionne Warwick’s ‘That’s What Friends Are For’ will blast through the cinema speakers. Awwww… they’re besties now. Just as you’re about to get bored with the black and white credits, suddenly the screen goes black and a picture fades back up. It’s Batman and Superman watching television. They see a young amazonian woman fighting a giant creature in the middle of the city. “Oh snap,” Batman says. “She’s with me!” Superman yells and jumps up to dash out the door. But Batman pulls out his Kryptonite gun and fires it at Superman. He falls to the ground and we see Batman slowly look over Superman. “No, she’s with me!”

Marvel’s casting is a lot different from DC’s. They rely on actors who are able to pull off comedy and action. I imagine it would look something like this…

In the end, we would have a much lighter film. Marvel would sell more toys to kids. Everyone would leave the cinema with a grin saying “That Clark Kent guy is so funny”. Rotten Tomatoes would probably give it 98%. Critics will love it. But fanboys will complain and say, “That film wasn’t dark enough. Batman should have killed those guys. He should have been angrier. And Superman was so weak. He should have been more like the New 52 Superman. I wish we got to see a villain like Doomsday instead. I’d prefer it if we got to see more Lex Luthor actually. They should have stuck to the comic books!”

Ah, I guess there is no pleasing everyone. No, we love both Marvel and DC for what they are. I for one am glad that the two universes are so different. If I want a light-hearted action extravaganza I am able to go see a Marvel film. If I want an epic film with breathtaking visuals and god-like characters I’ll go see a DC film. Two different worlds. Two different moods. One fan.

Tell us what you think the film would be like if Marvel made Batman v Superman?