Netflix’s Stranger Things is on everyone’s lips these days. You can’t visit a social media site without someone mentioning how much they love the show. With the recent announcement that the show will get a sequel, we take a look back at some of the ’70s and ’80s films referenced in Stranger Things.

Ulysse Thevenon has put together this split-screen video essay, with Stranger Things on the left and its reference point on the right. The Duffers edited a mock “trailer” and combined clips from over 25 feature films to help sell the show. Among the list… you guessed it… E .T. , Nightmare on Elm Street, Super 8, and Halloween.

Netflix’s Stranger Things is set in Hawkins Indiana in the 1980’s and chronicles the search for a young boy who vanishes into thin air under highly suspicious circumstances. His mother (Winona Ryder) opens an investigation into the boy’s disappearance with local authorities that unravels a series of mysteries involving top-secret government experiments, terrifying supernatural forces and one very strange little girl. A love letter to the ubiquitous cult classics of the 80’s, Stranger Things is a coming of age story for three boys that draws this quaint community into a world where mysteries lurk beneath the surface.’ 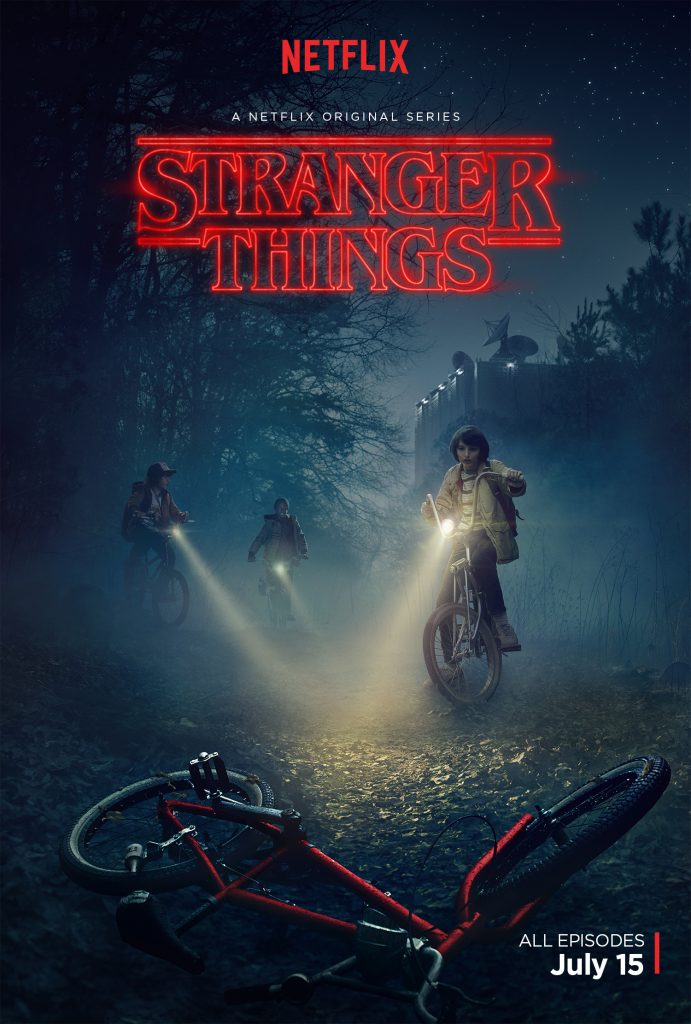