The strangeness has been comfortably turned up a notch in Fight Club 2 #2. 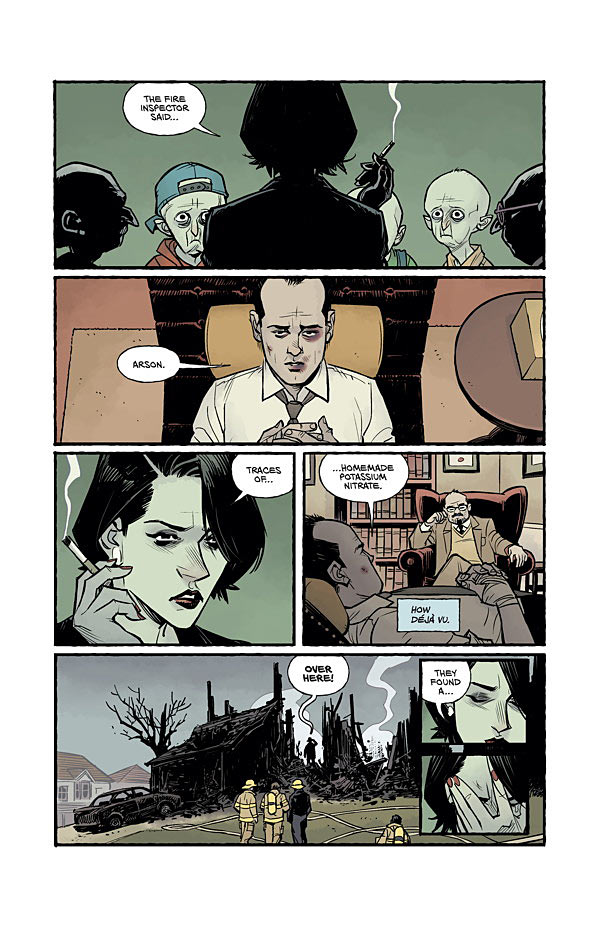 After Sebastian and Marla’s house burns down – and their son is presumed dead – the story doesn’t just dip its toes into the waters of the bizarre, it dives right to the bottom and refuses to come back up for air, manically swaying back and forth at the bottom of the ocean.

SPOILER ALERT: Tyler is back – Sebastian and Marla are aware of it – but how long has he been back for? Marla mentions her “affair” with Tyler, which could prove to be an interesting, future plot device (if Palahniuk doesn’t reveal that Tyler is Junior’s father, he will let his Darth Vader/Luke Skywalker moment slip through his hands). However, nothing is ever what it seems and this issue poses far more questions than answers. It’ll be interesting to see how these get addressed in the forthcoming issues.

As expected, the story has evolved into a darker and more cynical beast – both in terms of storyline and art. The intentional facade of #1 is peeled away, revealing the ugliness that always lay beneath. These are screwed-up people with screwed-up lives and we’re allowed to pity them, but also laugh at the sheer madness of it all. It’s wicked satire at its finest – even if it doesn’t quite pack the impactful punch of the original.

Speaking of which, after two issues, the big question has to be: is it better than Fight Club? Truth be told, I’m not entirely convinced. Fight Club 2 is a great, funny story – a terrific sequel – but will it have the same cultural impact as its predecessor? Only time will tell.