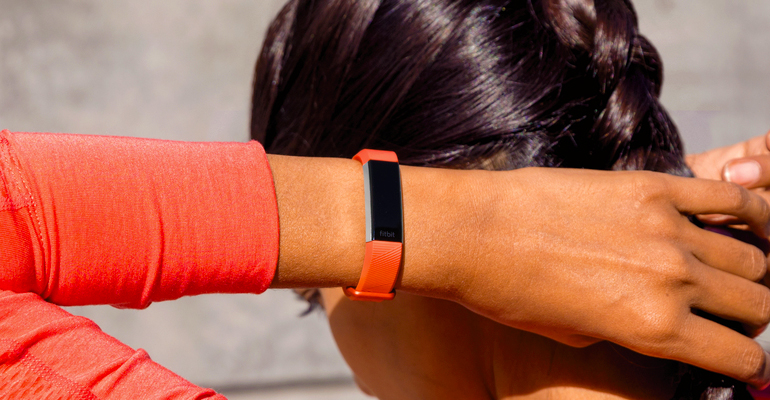 A few years ago, wearables took the world by storm as it gained a foothold into almost every aspect of our daily lives. There are three different groups of people out there: those who don’t wear or don’t like wearables, those who do, and those who do it to fulfil some requirement or another. For the latter group, these are typically tied into rewards structures such as from your medical aids, etc. It’s the middle group, however, who gain the most from wearing activity trackers, smartwatches, and the like, to keep track of their daily runs, swims (where the device offers an IP rating), calories, heart rate and sleep through different stages of the day. Fitbit launched the Alta HR a few weeks back and aims to keep you up to date with as much information about yourself as it possibly can.

Wearables have reached a point of plateauing out over the past year or two, with only small tweaks and design changes from all companies with each release. Many, though, expected Fitbit’s next wearable to exceed this recent trend, but unfortunately for them, the Alta HR is more of an evolution rather than revolution. That said, a lot of work has gone into developing the tiny wristband, fitted with all the tracking you’ll need for your daily requirements, and it delivers some surprising results. 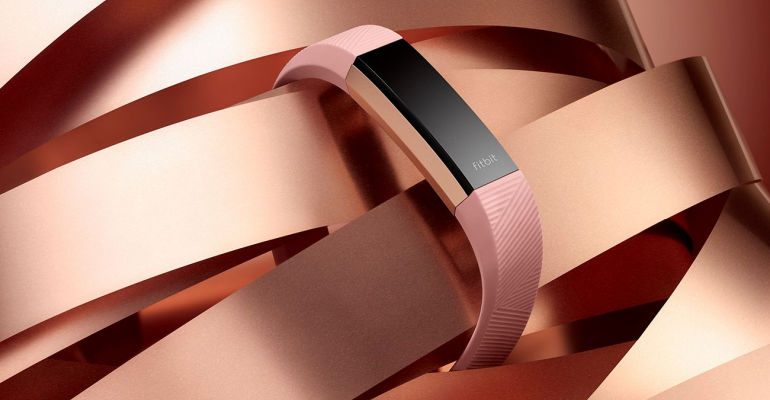 In recent months, Fitbit has done a lot of work in redeveloping and redesigning their current slew of fitness trackers, mostly with fitted with the new heart rate equipment, coupled with a few cosmetic changes. Having released the original about a year ago, Fitbit has reworked the Alta with a few tweaks and HR, hence the name, as with the Charge 2. The most notable cosmetic change to the Alta has been the reworking of the strap, switching from the snap-in clasp to the more traditional, buckle strap. This change provides a stronger binding of the strap regardless of how physical the activity is. It is worth noting, though, that you best get the correct size strap for your wrists, as the larger strap needs to be threaded right to the last hole insert to fit snugly on your smaller wrist when choosing the large strap. The good news for previous Alta owners is that the straps are all interchangeable, so if you made a small investment with the previous model, you can use the same straps on the Alta HR if you so choose.

The rest of the device remains largely unchanged, with Fitbit only adding their logo to the main console just below the display. Compared to the Charge 2, however, there’s a lot more distinctions between the two. For starters, the Charge 2 was designed with more of a sports focus, whereas the Alta HR to fit your lifestyle with a much smaller frame. I’ll get into more detail about these difference a bit later on.

A lot more has gone into the design of the internals of the unit, Fitbit switching out the chip for a smaller version, allowing the company to fit the HR monitor in the same real estate as before. Overall, then, the Alta HR doesn’t stray far from the original design, improving only slightly on some of the more discussed negatives over the previous model, no doubting the clasp-style strap being one of those issues raised. 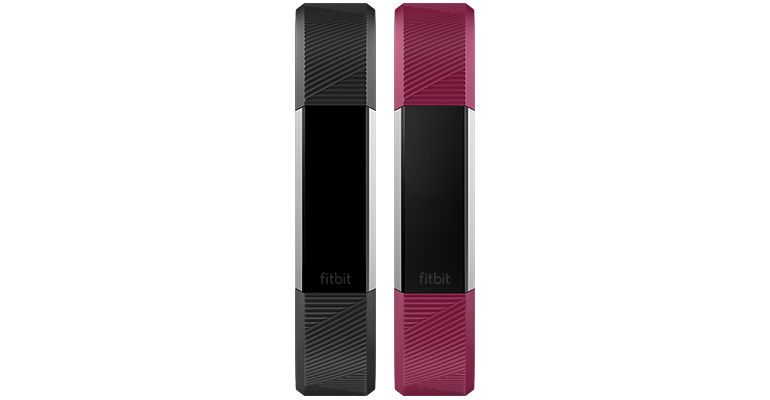 On any given day I may switch between a number of sporting activities throughout the week, mostly running and football on alternative days. Throw in the daily walking and various other exercises, the Alta HR is able to pick up slight changes in your movements, heart rate, and a few other statistics to pick up when you’re most likely in an active state, automatically toggling the activity tracker, which you’re able to pick up on your phone once synced. If you’re not too fussed about it, the app records any of these activities as either a run or simple exercise. If you wish to make any changes, however, you can simply open the Fitbit app, find the activity recording and update the log. You can also delete the activity altogether and log a new activity from scratch with your choice of sport.

For the most part, both the Alta HR and Charge 2 perform many of the same functions and track the same activities. Where the two differ most is the addition of the Altimeter fitted within the latter, which gives the user the ability to track activities like climbing stairs, and any activities with a change in altitudes. It’s not a big thing for the average user but can play an important role in niche activities. The other major differences, as noted earlier is the Charge 2’s larger screen and added button. The larger screen allows users to track their activities and results on the fly, while the Alta HR only has a few into the activity once it’s been logged onto the app. The button also allows for additional options such as choosing exactly when to start and end your activities, or take a break in between, cycle through a list of preloaded sports to track, a few breathing exercises, and toggling notifications, and similar actions. Having compared the two devices side by side (using my fiance’s Charge 2) I made the deduction that the button adds quite a lot of value to the user, more than I initially would have expected. That said, the Alta HR is based on a sleek design and smaller form factor to look more stylish and less like a tracking device.

Having synced a number of activities over a two-week period, and almost always marking down the start and end times, the Alta HR predicted and logged each activity within the minute, and had no issues with start and end times. The additional feedback of the heart rate results during the course of the activity was also useful. It may have been easier to switch the display interface to an active state with a view of your HR, steps, etc. with a simple glance, but you’re still able to tap to view the next statistic and cycle through each to get your live HR. Not ideal, but it’s still there.

I had no issues with any of my activity logs over the two week period and was left rather impressed at the level of information it automatically detected without my input. I would expect the Charge 2 to include the same level of automation given the same manufacturer, so the button serves as more of a safeguard in starting your activity as opposed to anything else that matters.

One of the best features about the Fitbit Alta HR was its ability to track your sleep, right down to the tiniest of details. Not only was it able to track your sleep patterns and status throughout the night, it also gave meaningful feedback. I would have preferred more detail on the sleep on a per night basis rather than the general breakdown as to what each field recorded should be and what it means. This would have provided helpful feedback to consider, given the fact that my sleep patterns, pre-bedtime rituals, or sleep times are never the same across each day in the week.

The Alta HR, though, gives a good breakdown of your sleep patterns per night, given you the range of REM, light, and deep sleep states, along with the amount of time you spent awake each night, which was a lot more surprising that I realised. It is worth noting that on average we all wake up at some point during the night, although not long enough to record any memories, or sometimes without even opening your eyes. What I found strangely helpful was the breakdown of these categories as a percentage of my overall sleep per night, which allowed me to analyse my sleep a lot better. The great thing in my case was the amount of deep sleep I got each night, above the percentages listed for the average human, which meant that I could get a lot less sleep than most and still recover enough to function normally the next day. I had always wondered why I didn’t often sleep as much as convention would teach us, 7-8 hours every night when I was achieving somewhere along the lines of 5-6 hours.

Sleep feedback and analyses are one of the more improved features of the Alta HR and provide great insight to how and why you perform at different levels each day, allowing you to make better judgments on your sleep to get the most out of your body, each of us having our own habits and requirements. This feature alone makes the Alta HR, or even the Charge 2 quite a good purchase. 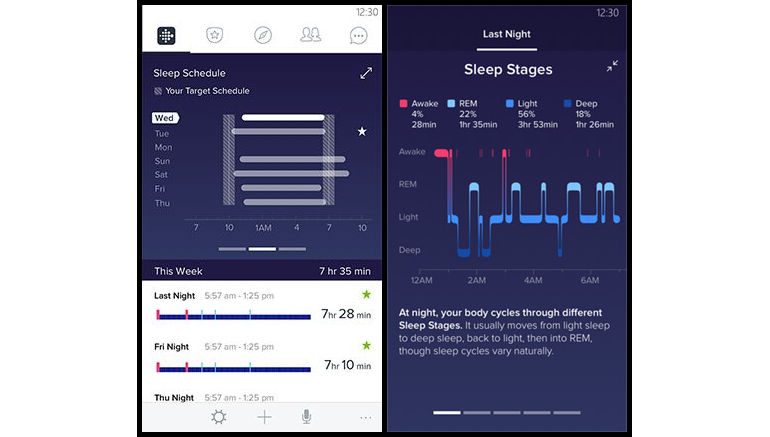 One of my longstanding gripes about fitness trackers and wearables is the fact that, more often than not, the batteries die in the least opportune moments. Many of modern bands, however, will provide some kind of notification, typically at the 15% mark, and the Fitbit is no different. Where the Alta HR stands out over most of its rivals is the long battery life, lasting roughly a week between charges, which actually allows you to set a weekly Sunday charge when you’re least likely to be active. The seven-day battery life is almost two days longer than the Charge 2, which has a bigger screen and button to consume additional battery, so there are some advantages to having the smaller form factor.

The great thing about activity trackers as bands over smartwatches is that the latter oftentimes only carries a 3-day lifespan before needing a top-up, which becomes quite a burden, as the 15% notification mark, then, only gives you a few more hours before the battery dies, which, depending on how active you are, could be during a run, and will mute all reason to carry the device in the first place. The lack of interaction with the Alta HR makes and the smaller display gives it that extra battery, two days when compared to the big brother Charge 2.

When I started the review period for the Alta HR, I was left bemused as to how or why it fit into the same price bracket as with the Charge 2, but the two provide most of the same tracking functionality, with two different form factors. Personally, I would still prefer the Charge 2 for the setting the activity start, rest, and end, as well as the selection of the activity beforehand. That said, if you want a more subtle approach to carrying a fitness tracker than the additional bulk of the Charge 2, the Alta HR does a great job. If the Alta HR were R200-R300 lower in price, then it maybe would’ve been an easier choice to make, but it comes down to the preference of the band rather than capability.

There’s no doubt that there’s still a lot more research and development to happen in the wearable technology space, but while companies seek that next big step in the evolution, the fine-tuning of the current technology is appreciated. With better tracking of activity and sleep, users are able to better understand a lot of what goes on during activities and how they affect the different aspects of your health and well-being. While the calorie tracking is something of a guessing game, for the most part, sleep and pedometer measurements are a lot more focused, and the Fitbit Alta HR does a really good job of it. 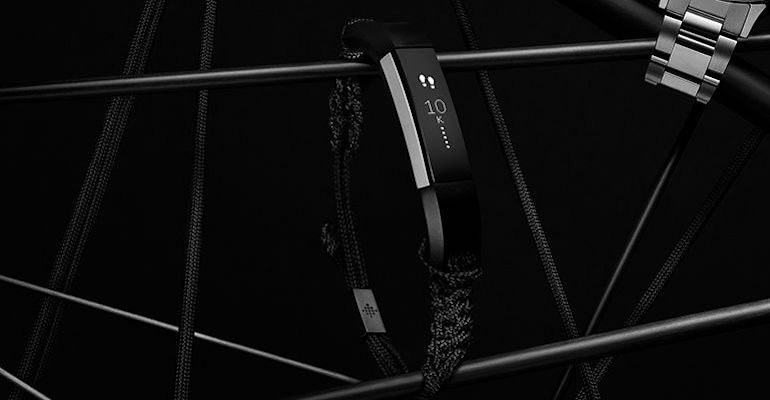