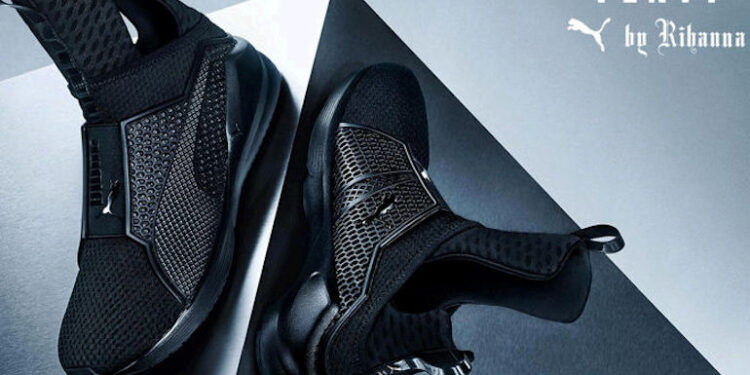 Months after the announcement of the partnership with Rihanna and the production of the collection, Puma announced the confirmed the confirmed the the launch of Rihanna’s inaugural FENTY Puma by Rihanna apperel, footwear and accessories collection in August by means of debut in New York. Now, the wait is finally over as today, 6 October 2016, marks the day of the official launch and availability of the range in selected stores across the country. Ahead of the in-store launch, Nomzamo Mbatha, South-African actress and model, hosted some of her squad at PUMA SELECT for a sneak preview and gifting session. See the gallery below: Here’s a sample of the collection (click to enlarge).