With a brand-new 4-minute trailer, Ubisoft has finally given us a look at the next game in the long-running Far Cry franchise, Far Cry 6.

Far Cry 6 drops players onto the fictitious Caribbean island of Yara. Your quest is to help fight the island’s dictator (of course) and restore peace to the land and its people.

Seeing as this is a Far Cry game, however, that means exploring a huge open-world environment, completing side-missions and, more importantly, blowing stuff up. 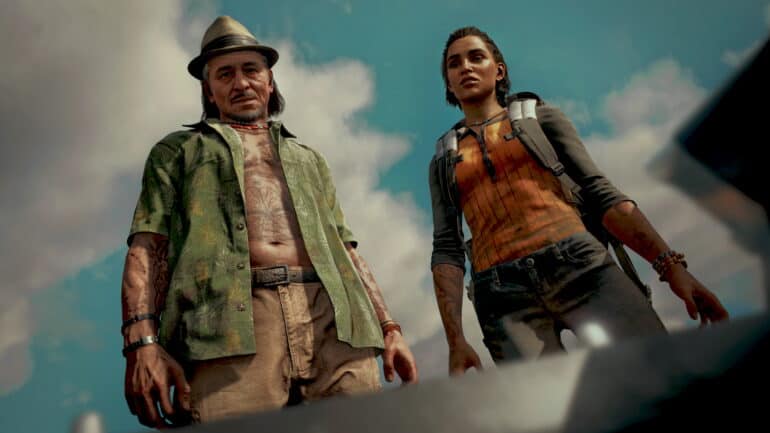 Judging by the Far Cry 6 gameplay trailer, it seems that most of these elements are still there. There are a few new additions though – like the ability to holster your weapon in order to blend in (ala Assassin’s Creed). It also seems that you will be able to ride horses should you not be able to get your hands on a vehicle. There is also a new ‘customise you vehicle’ mechanic that implies that you can add all sorts of weird and deadly attachments to your choice of car.

The game now also includes a variety of deadly backpacks. One of these lets you fire off a bunch of mortar rounds, which should come in handy when taking on some of the island’s many foes.

Another cute addition to the game is the new companion doggie called Chorizo, basically a little puppy in a wheelchair. As with the previous game, players will be able to command Chorizo, and some of his other animal friends, to help out during combat. One of these animals seems to be a crocodile named Guapo, who makes short work of a few soldiers in the trailer.

Overall, the Far Cry 6 trailer shows that the game will embrace the insanity the franchise has become known for. The upcoming first-person shooter is set for release on the 7th of October 2021.