Things You Should Know About Far Cry 5 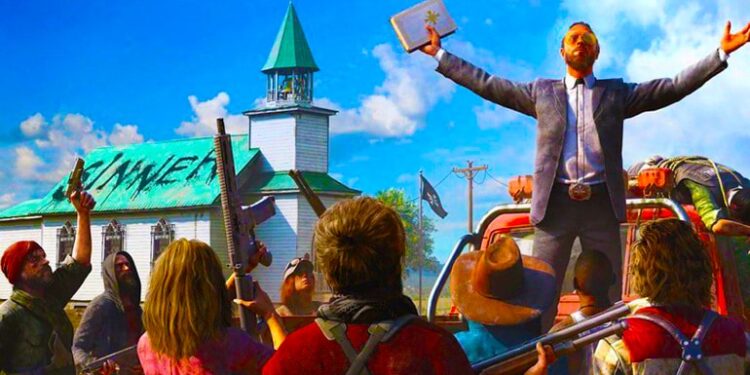 It’s quite amazing how the Far Cry series has been able to re-invent itself with each iteration. And while these changes might be small at times and most of the games following the “kill everyone to take over outpost X” formula, there have always been loads of interesting things to do, see and shoot in each game. It’s true that most of the games have tread the path between being all out silly and deadly serious and at times, sometimes, more successfully than others. The latest instalment in the franchise, Far Cry 5, seems to be taking the challenge of balancing the serious and the silly in its stride with a charismatic yet unhinged villain called Joseph Seed. Judging from the feedback from those who have had some hands-on time with the game, it’s set to be one of the most memorable Far Cry experiences yet. Grab your holy book and an automatic rifle and let’s get shooting.

Welcome to Hope County where the cult is king In the past, the franchise has seen gamers facing off against a madman on a tropical island, scaling the Himalayans, shooting some neon-coloured dragons and even riding mammoths, but what wacky and weird place will the new instalment take us next? Well, the good old U.S. of A, of course. While the setting might seem a bit mundane to some, it’s the narrative the game sets out to weave that has many so intrigued.

Set in a fictional area called Hope Country in the state of Montana, Far Cry 5 sees players taking on the role of a customisable (for the first time in the series) rookie deputy trying to liberate area from a cult called Eden’s Gate. The cult is being led by the charismatic, self-righteous, possibly insane Joseph Seed and his “family”. Joseph sees himself as the community’s father and their saviour. His following has been growing steadily as more people seek to become enlightened. With Eden’s Gate rapidly taking over more and more of Hope Country, it’s up to the player and the few who are brave enough to resist Seed to take back the area.

Where previous Far Cry games were content with one villain, Far Cry 5 lets you face off against Seed and his siblings, with each bringing their own “special” talents to Eden’s Gate. Again, while previous games have felt more fantastical, having you visit more exotic locations, Far Cry 5 is going for a much more grounded and familiar feel, letting you face off against a foe who wouldn’t feel out of place in the world we find ourselves in today. Of course, this doesn’t mean that there aren’t a few silly moments in the game.

Command an army of deadly (and furry) weapons

One of the stand out mechanics in Far Cry Primal was the ability to command your prehistoric furry friends to attack your enemies. Sending my overly powerful Sabretooth tiger into an enemy base filled with guards armed only with pointy sticks and misplaced courage made for some of the most memorable moments in the game.

Far Cry 5 lets players once again take command of nature’s furry creatures using what Ubisoft calls the Fangs-for-Hire system. Players will be able to call various animals to their aid, including a diabetic grizzly bear named Cheeseburger and Boomer a loyal and trusty canine. Each of these creatures will have their own speciality, such as Boomer’s ability to retrieve weapons and items for you when you find yourself in a pinch or chasing down enemies when you find yourself outnumbered.

Although Boomer is your go-to guy when needing something fetched, my guess is that Cheeseburger will function a lot like a tank by helping you dispose of large swathes of cultists. While I love the idea of strolling through the woods with a trusty dog at my side, there is no doubt that Cheeseburger, the overly adorable grizzly, has the potential to become my new best friend.

It will be interesting to see which other creatures we will be available to “hire” when the game releases.

When things get tough, bring a hired gun along

In previous Far Cry games, you had to suck it up and try and try again when facing off against insurmountable odds – i.e. waves and waves of armed bad guys. Far Cry 5, while not making it necessarily easier to take on your enemies, doesn’t want you to suffer alone and therefore allows you to team up with an AI-controlled partner. This Guns-for-Hire mechanic lets you recruit some of the characters you meet along the way, each with their own unique backstory, personality and special abilities.

My favourite of these is Nick Rye, a character who covers you from the skies using his gun totting plane to rain down death from above. He also seems to have an unlikely relationship with his plane which he calls Carmina (which isn’t weird at all).

Discovering which AI controlled recruit best complements your playstyle is key. Be it sneaking and stealthily dispatching unaware enemies from the shadows or kicking-ass and blowing stuff up, there is a recruit to suit every occasion. And before you ask, yes, your AI partner can be killed. In gaming terms, this means they just disappear for a bit or lie waiting for you to revive them. The more time you spend with these characters, the more you’ll uncover about them, their everyday lives and how the cult has affected them.

Bring a buddy along for the ride It’s a well-known fact that teaming up with a friend just makes everything better. Luckily, Far Cry 5 will give players the opportunity to get together with a buddy and blast some cultists to kingdom come (unless they surrender, of course). Your friend will, however, only function as a guest in the world and have no impact on the story. This said, sometimes you just need a friend to back you up when bullets start flying. Your co-op buddy will be able to come to your aid when things get tough. In fact, the whole game can be played in online co-op mode from the start to the finish.

The best part is that you will still have access to your AI controlled furry or human partner meaning that you and your buddy can now storm an enemy camp alongside Cheeseburger or even have Nick use his plane to thin out the enemy ranks before you and your co-op partner move in to clean things up.

No matter what they say, gaming is always better with a friend at your side, especially if that friend is rocking an automatic rifle and grenades.

A more open world, with less of those pesky towers Remember having to scale those radio towers in previous games? Remember how this lost its novelty after about the 15th time? Well, Ubisoft has made sure that Far Cry 5 will not require you to scale towers to unlock points-of-interest. Unlocking these points is now a much more organic process. Whether you follow local rumours, go exploring or just haphazardly stumble upon them, these points will appear on your map in a way that feels a lot more natural than scaling an overly tall tower.

Points-of-interest will also be unlocked by the game’s new Resistance Meter. This new mechanic allows you to unlock new missions and points by completing objectives. More importantly, the system allows you to do this at your own pace and in your own way. Basically, it functions similar to the system used in Just Cause, where various regions are liberated by completing objectives in those specific regions. Once a region has accumulated enough Resistance Points you will be able to face off against that region’s leader. It’s a clever way of keeping you focused on your end goal while still giving you the freedom to complete missions and objectives as you see fit. One of the most exciting additions to Far Cry 5 is its versatile map editor, which will enable you to create your own solo, co-op, and PVP levels. This new mode called Far Cry Arcade will help extend the games life well beyond its single-player campaign and will ensure a constant supply of newly created content and maps from the community. What makes the new map editor even better is that you will be able to use assets from other Ubisoft games, such as Far Cry Primal, Assassin’s Creed and Watchdogs. Finally, your dream of riding a mammoth into battle in a period-accurate city while wildly firing an automatic rifle into the air as cars zoom by has become a reality.

Far Cry 5 will have loads more items and assets available for you to use than was ever available in the previous map editors. Basically, Far Cry Arcade will allow you to build whatever your heart desires no matter how farfetched it might seem. Best of all, Ubisoft has stated that the feature will be continually supported by the developers even after the game’s release.

A Hunting we will go I’ve never visited Montana myself but from what I’ve been able to discover (through loads of late nights doing research) is that fishing and hunting is sort of what people in Montana do. Naturally, these activities have been included in the game and serve as a way to increase your cash reserves.

While it does include crafting such items as C4, dynamite and medicinal packs, getting new guns and types of ammo boil down to spending some of your hard-earned cash at one of the game’s vendors. Far Cry 5 will also allow you to purchase various clothes to compliment your newly acquired firearm. It all comes down to immersion and getting the player invested in the world and the characters that inhabit it. 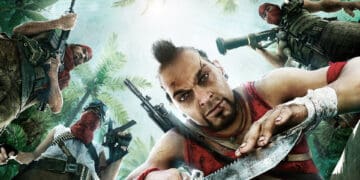 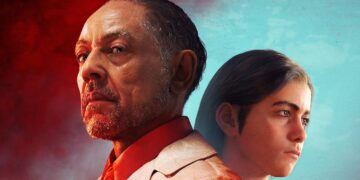