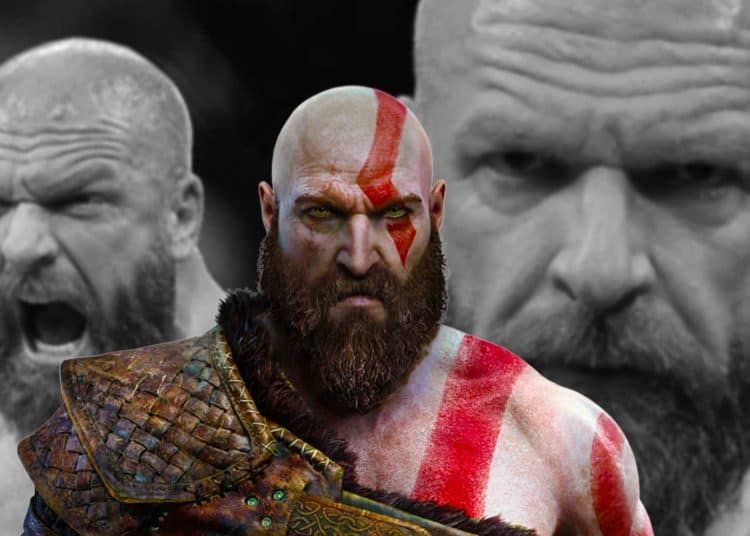 Could Triple H be the right man to play Kratos in a live-action God of War movie or TV show? Fans seem to think so.

Since March, rumours have been circulating on the internet about a God of War show supposedly being in development for Amazon Prime Video. The timing of this news couldn’t have been any stormier, considering the lukewarm reception of Paramount+’s Halo TV series.

It would be in both Sony and Amazon’s best interests to avoid another Halo situation, and perhaps the best thing they could do is cast the right guy for the leading role in a live-action God of War adaptation. Unlike the Master Chief, Kratos is a pretty well-established character with a massively recognizable face, something that makes the search for the right actor all the more crucial.

Sony is no stranger to miscasts in their live-action projects, either. Just recently, the media conglomerate cast Tom Holland as the legendary adventurer Nathan Drake — a baffling decision, especially considering that Nathan Fillion is still acting. Perhaps they will take things more seriously with the rumoured God of War show, and fans have already begun formulating their own dream castings and posting them online.

A name that’s frequently thrown around when it comes to the matter of who should play Kratos in the show is Jason Momoa. After playing Aquaman in the DC Extended Universe and Khal Drogo in Game of Thrones, the American actor would undeniably be a great fit for the muscly Ghost of Sparta.

However, Momoa isn’t the only fan-favourite guy for the role. A much more unexpected pick comes from Reddit, where some users have been deeming wrestler Triple H as the right choice for the role of Kratos in a God of War movie or TV show.

Paul Michael Levesque might be one of the most iconic wrestlers of the modern WWE. Though he has left his days in the ring behind, ‘Triple H’ never left the world of professional wrestling entertainment.

Despite his popularity in the ring, Triple H has had a rocky career on the big screen. It’s well-known that many professional wrestlers decide to try acting as a full-time job sometime in their careers — just look at how well it worked for Dwayne Johnson and Dave Bautista. However, not every wrestler is such a flexible actor, and in Triple H’s case, it’s clear that he might be better suited as a brawler than a player.

Triple H’s oeuvre includes such cinematic masterpieces as 2011’s Inside Out. No, not that Inside Out, we’re talking about the one about an ex-convict who goes on a violent quest for revenge. Most of Triple H’s film features have been panned by critics, and it seems like the general online consensus is that he might not be the greatest acting wrestler out there.

All things considered, if Triple H isn’t the best pick to play Kratos, then why are so many fans claiming that he’d play an amazing God of War? The answer is quite simple: because he absolutely looks the part, especially if we’re talking about the more recent, older version of Kratos.

There are no complaints when it comes to the looks department. Even at 52 years old, Triple H still looks like can beat anyone he wants in a fistfight — which is an integral characteristic for anyone that wants to play the part in the rumoured God of War show.

It seems unlikely that we’ll see a wrestler (especially Triple H) playing Kratos in the Amazon Prime Video live-action adaptation of God of War. That said, Triple H fans can still be on the lookout for their favourite wrestler having a role in the show. After all, there are tons of characters that fit Triple H’s physique in the God of War mythos, so seeing him as one of the Olympians might be a welcome gesture to the overlapping population of wrestling and God of War fans.

But should Gerald Butler and The Rock be considered for the role? They might be interesting choices.

Would you like to see Triple H as Kratos in a God of War TV show or movie? 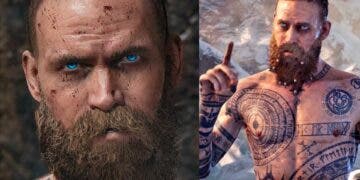