The entertainment landscape has changed vastly since 1999. The Matrix, unlike many other film franchises, has always prided itself on being multimedia savvy. If you’re a fan of The Matrix and its dense story, you know that just watching the movies is not enough: you need to watch the anime, read the novelizations, and most importantly, play the games.

Gaming culture as a whole has always been one of the main sources of inspiration for the whole Matrix universe, and it’s only fair that, upon the franchise’s return to the big screen, gamers should get a piece of the green-tinted action too.

It’s the perfect time for a new Matrix game. A Bit of History

Once the filming of The Matrix cinematic trilogy was done, the Wachowskis immediately jumped into the gaming bandwagon with 2003’s Enter the Matrix. They took fans by surprise when they revealed that the game was canon, and the events represented in the game’s plot were, in fact, a prelude to The Matrix Revolutions.

Featuring the acting talents of Anthony Wong and Jada Pinkett-Smith, Enter the Matrix packed some real star power, and truly showed what The Wachowskis intended for the Matrix beyond the movies. In fact, it contained an additional hour of footage that needed to be seen in order to fully understand the trilogy.

In 2005, Sega and Warner Bros. Interactive released The Matrix Online, also directed by the Wachowskis. The game expanded upon the stories that fans saw in the original film series, being the first official continuation of the trilogy.

That same year, a final Matrix game was released. The Matrix: Path of Neo retells the events and some of the most iconic battles of Neo, the main character of the Matrix film series. Most moments in the game come straight from the first movie, and some elements from The Animatrix.

Unfortunately, The Wachowskis’ multimedia strategy seems to have fallen a bit short of the studios’ expectations. While the games (especially Enter the Matrix) were respectable sales hits, they never quite clicked with critics. This might be the reason why we haven’t seen a new Matrix game since 2005, three console generations ago. Now that The Matrix Resurrections is slated for release in December 2021, this is the perfect time to resurrect the games for one of the most influential action sci-fi films of modern times.

Consoles and video games as a whole have come a long way since 2005. Ray-tracing and 4K resolutions are absolute game-changers and could help visionary directors like the Wachowskis to better realize their creative concepts.

Back in the days of the PS2, when Path of Neo was released, games usually fit in single 4GB DVDs. Imagine what the Wachowskis could do with a game that’s nearly ten times that filesize – like most titles are nowadays.

There’s tons of potential in a new The Matrix video game. As we mentioned before, the video game industry is not the same it was nearly two decades ago. Games are usually just as visually impressive as movies now, with the added bonus of being wholly interactive experiences.

Considering that Keanu Reeves has just recently starred in Cyberpunk 2077, it’s safe to say that the veteran action star would be more than ready to play a digital version of Neo in a new Matrix videogame. Film fanatics have been waiting for years for a new film in this franchise, it’s time for video game enthusiasts to also get in on the chaotic fun of The Matrix’s cyber dystopia.

Tell us, do you want a new Matrix game alongside The Matrix Resurrections? 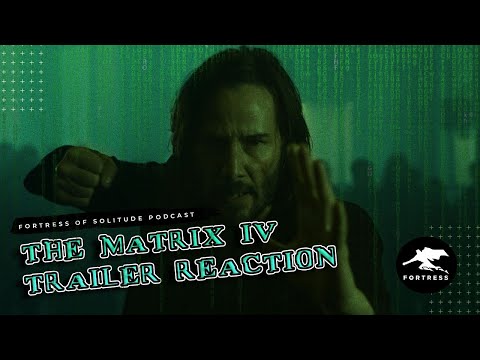