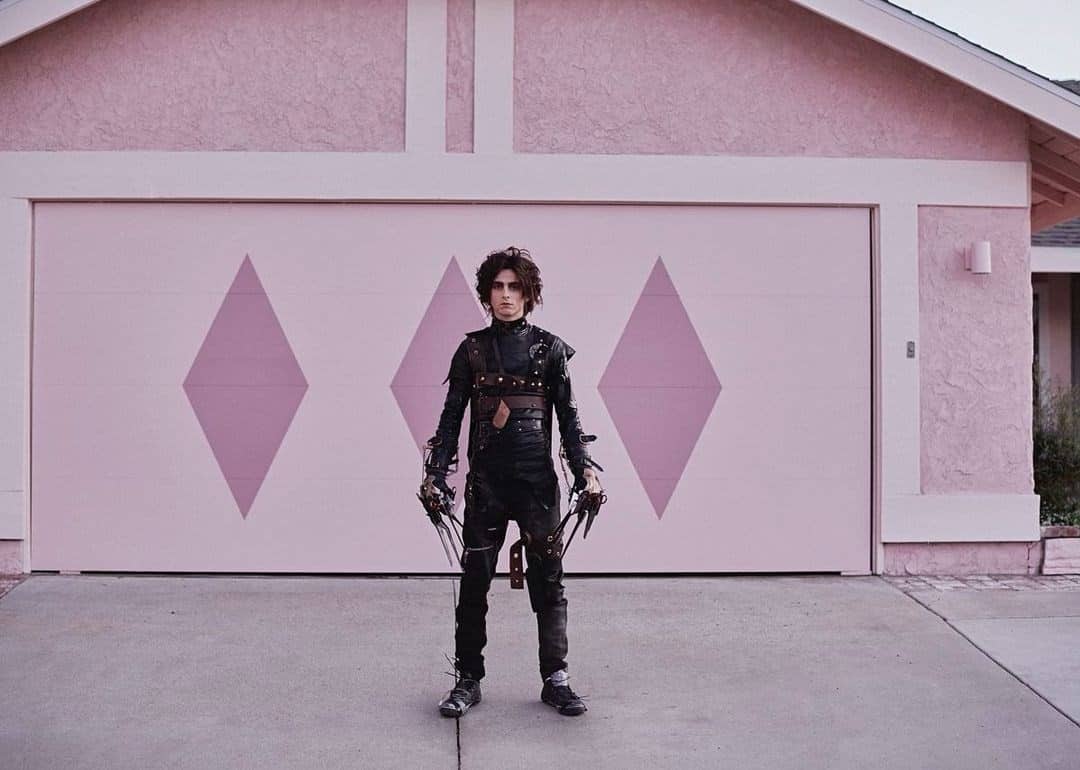 The star of Call Me by Your Name, Timothée Chalamet, has fans in a tizzy after he portrayed the adolescent son of Kim Boggs (Winona Ryder) and Edward Scissorhands (Johnny Depp) in a new Cadillac commercial that was released at the Super Bowl.

Cadillac’s Super Bowl commercial sees Winona Ryder reprising her role from the original movie as a now older Kim Boggs. Chalamet plays her Goth son, Edgar, who has inherited his father’s troublesome scissor hands. The commercial follows Edgar as he awkwardly navigates everyday life as a result of his unfortunate genetic inheritance. To make life a little easier for her son, Kim gifts him a Cadillac Lyriq, an electric car with hands-free driving features, perfect for someone with his condition. Even the director of the original movie, Tim Burton, has praised the Edward Scissorhands parody commercial featuring Timothée Chalamet. Burton, who approved the concept for the commercial, said in a statement. “I’m glad to see Edgar coping with the new world! I hope both fans and those being introduced to Edward Scissorhands for the first time enjoy it.” 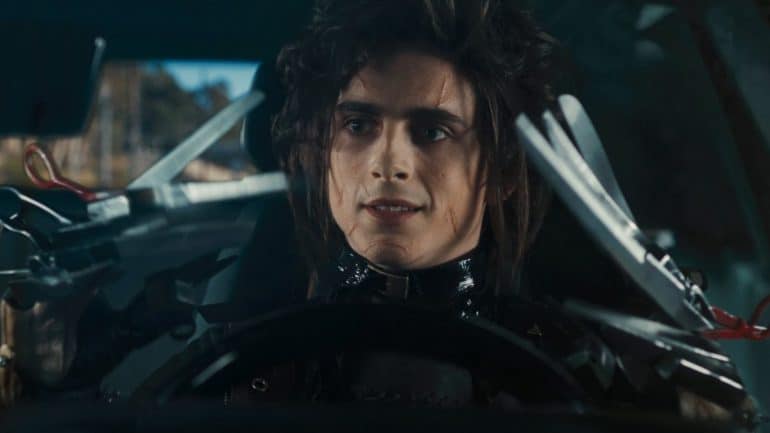 Edward Scissorhands rose to fame in the ’90s with Johnny Depp playing the iconic humanoid character. The classic movie follows Winona Ryder as a teenage girl who falls in love with an artificially-created man, named Edward, who has scissors blades for hands. The 90’s film was a big hit at the box office, grossing nearly $86 million from a $20 million budget, and has since become one of Burton’s most popular cinematic works.

Despite all the interest from fans, it is highly unlikely that an Edward Scissorhands reboot with Timothée Chalamet will be happening anytime soon. However, if a new movie were to happen, I am sure his performance in the Super Bowl commercial has secured him as first in the running for the lead role.

However, until this concept becomes an actuality, fans of the young star can catch him in his upcoming movie Dune which is set to premiere October 1st.

Would you like to see Timothée Chalamet starring in a reboot of the classic Edward Scissorhands film?