2004’s Grand Theft Auto: San Andreas was recently remade alongside GTA III and Grand Theft Auto: Vice City as part of the Grand Theft Auto: The Trilogy – The Definitive Edition (released 11 November 2021). However, as you may already know, fans who had high hopes for the video game were bitterly disappointed by the release. Now a fan has reimagined the GTA: San Andreas remake with Unreal Engine 5 graphics, and the results in this fan-made trailer are fantastic!

In a new fan-made video, titled “GTA San Andreas Remake – Amazing Showcase In Unreal Engine 5 l Concept Trailer”, the classic Rockstar game is given the remake look and feel it deserves (using Epic Games’ Unreal Engine 5). This is far superior to the remastered trilogy graphics we got with the 2021 release.

But beyond that, it’s also a great showcase of just how much talent there is in the fan community these days and how impressive development tools have become. The internet is full of epic creations from fans, artists and creators who want to see their favourite projects delivered to a certain standard.

In the footage from YouTube channel TeaserPlay, we see a beautiful modern recreation of Groove Street — complete with upgraded lighting, realistic designs and, of course, a highly detailed character model for protagonist Carl Johnson (3D model created by Hossein Diba).

Uploaded on 19 May 2022, the fan-made GTA: San Andreas remake video has already been viewed 350 000 times. The comments section is full of praise for the creation. “This [is] how the remake should have been”, one user writes. “The Game everybody asked for but no one got,” wrote another.

With GTA 6 on the horizon, you have to wonder if Rockstar will be able to deliver something more amazing than this. This should be the benchmark moving forward. This is what the remakes should look like, and, certainly, what we expect to get when Grand Theft Auto 6 arrives. 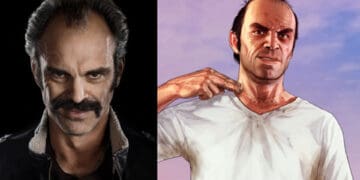