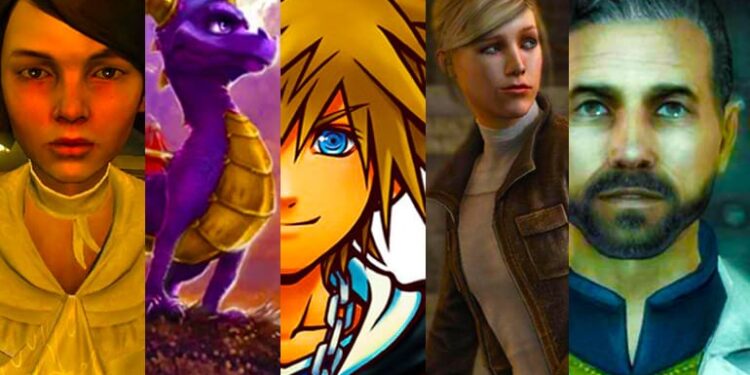 Have you ever found yourself playing a video game only to realise that you’ve heard the character’s voice before? It’s happened to me quite a few times. With this in mind, I did some digging and was quite surprised by how many famous actors have lent their voice talents to some very popular and even obscure games.

Below is a list of some of the better-known actors who decided to grace our ears with their voices in some familiar and less familiar games.

After successfully venturing forth on a quest to chuck a piece of jewellery into a smouldering volcano in The Lord of the Rings trilogy, Elijah Wood was offered the chance to voice another height challenged hero, Spiro the dragon.

Before voicing the titular purple dragon, Wood also voiced Frodo Baggins in The Lord of the Rings games and Mumble the dancing penguin in the Happy Feet game. Of course, Wood wasn’t the only big name to do voice work for The Legend of Spyro. David Spade, Wayne Brady, Christina Ricci, and even Gary Oldman, formed part of the impressive cast.

Elijah has proven time and again that size doesn’t matter when trying to be a hero. More recently he voiced one of the protagonists in Double Fine’s Broken Age. 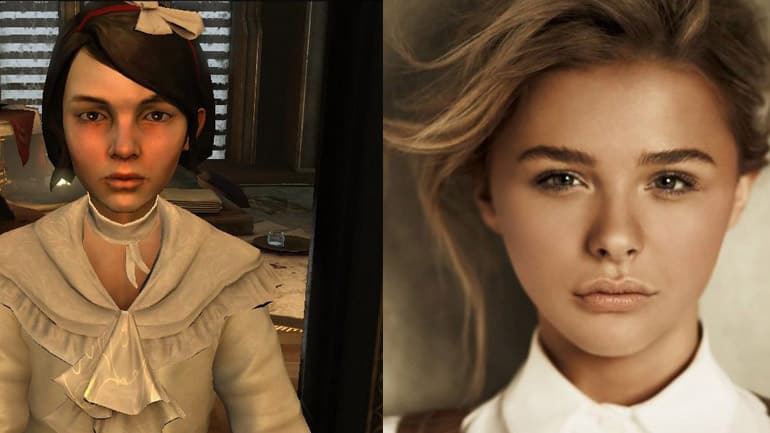 While Chloe Grace Moretz might be known for starring in Kick Ass and Carrie, she has also dabbled in voice acting in video games by lending her voice to Dishonored’s Emily Kaldwin, an heiress who lost her throne during a coup.

While this might have been her first foray into the world of voice acting, she did a great job of getting the player to care about Emily and the predicament she found herself in. Now, if they would only develop a Hit Girl game.

Keifer Sutherland, star of the television show 24, took over from the much-loved David Hayter as the voice of Snake in Metal Gear Solid V. While this did cause an outcry from fans of the franchise, Keifer Sutherland ended up doing an admiral job of voicing Snake. Not only did Sutherland voice Snake in the game, but he also wore facial capture technology to help get the facial expressions as close to real life as possible. This explains why Snake tends to resemble the actor a little bit in the game.

While not a gamer himself, Sutherland did mention that he felt honoured to voice a character with such a legacy. 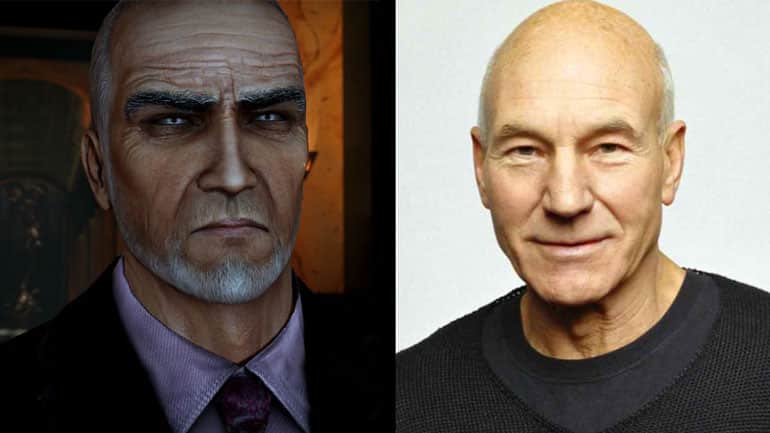 Patrick Steward is one of those rare people who seem to excel at all the different aspects of being an actor. He’s starred in various stage productions and movies but is probably most known for playing Captain Jean-Luke Picard in the Star Trek series and Professor X in the X-Men films. What many might not know is that Steward has lent his voice to over 22 video games. These include a few Star Trek games (where he voiced Picard), The Elder Scrolls IV: Oblivion (where he voiced Uriel Septim VII) and the Castlevania: Lords of Shadow games (where he voiced the character Zobek). Recently, Steward lent his famous voice to the opening cinematic for The LEGO Universe game.

With few able to match the commanding tone of Steward’s voice, we hope to see him voice more characters in our favourite games in the near future. Make it so. 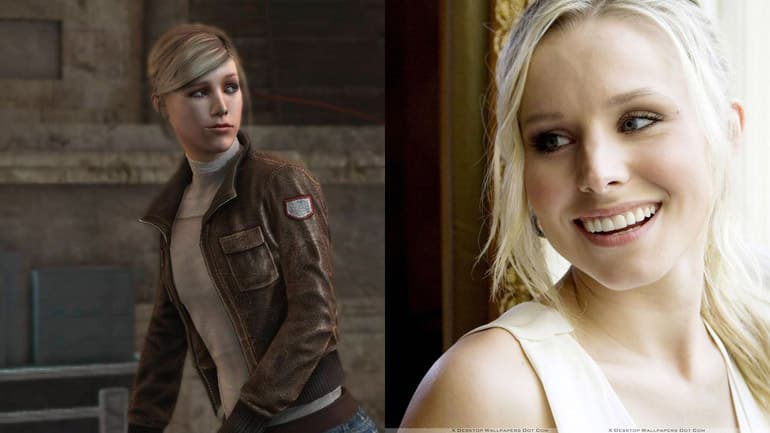 Remember playing the first Assassin’s Creed games and wondering why the character Lucy Stillman looked so familiar? Well, that is because Lucy was modelled to resemble actress Kirsten Bell. The process of getting Lucy to look like Bell meant that she had to have both her face and body scanned. 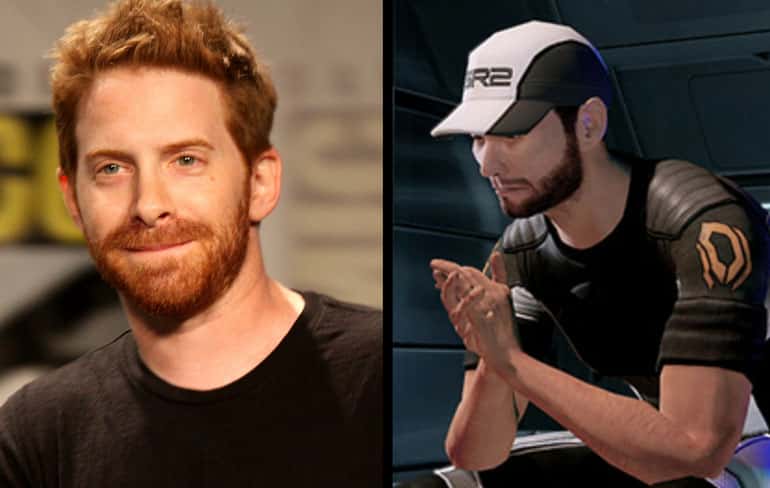 If you were a kid of the ’90s, you might remember Seth Green as the obnoxious Kenny Fisher in the teen movie Can’t Hardly Wait. Nowadays, Seth Green is mostly known for his voice work on the hilarious Robot Chicken and Family Guy. Being an avid gamer, it was only a matter of time before this talented voice actor would venture into the world of gaming.

Green voiced Jeff “Joker” Moreau, Commander Shepard’s trusty pilot, in the Mass Effect trilogy. With his confident attitude and light-hearted banter, Green was the perfect voice to bring the cocky pilot to life. Green went on to do voice work for Call of Duty: Infinite Warfare and the mobile game TMNT Portal Power.

While the Mass Effect franchise might be going through a rough time, we truly hope to see Seth Green return to the franchise again – as long as it’s not in a Mass Effect Andromeda sequel. 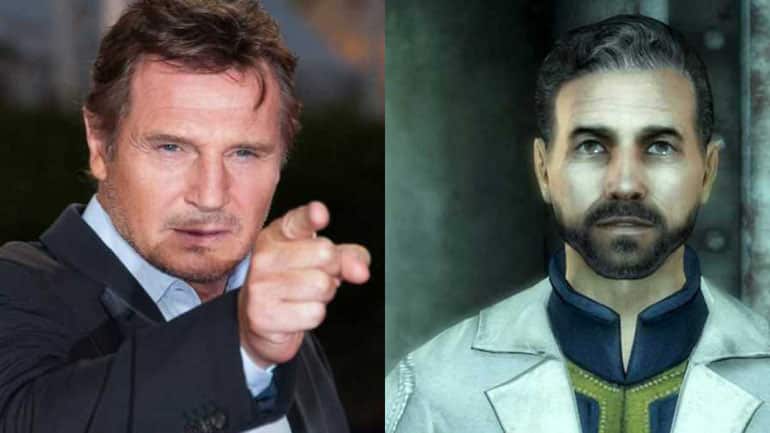 Liam Neeson is known as a man with a very particular set of skills, but did you know his skills included doing voice work? Now, some might know that Mr Neeson voiced the lion Aslan in the Narnia films, but did you know that he also voiced your dad in Fallout 3? That’s right, Liam Neeson lent his voice to the protagonist’s father, James, and, while he hasn’t done much voice work for games before, Neeson’s famous soothing and dramatic voice perfectly fit the character.

Even Fallout 3’s Executive Director Todd Howard commented on how impressed he was with the dramatic tone Neeson’s voice gave the game. I mean who wouldn’t want Liam Neeson as their dad? 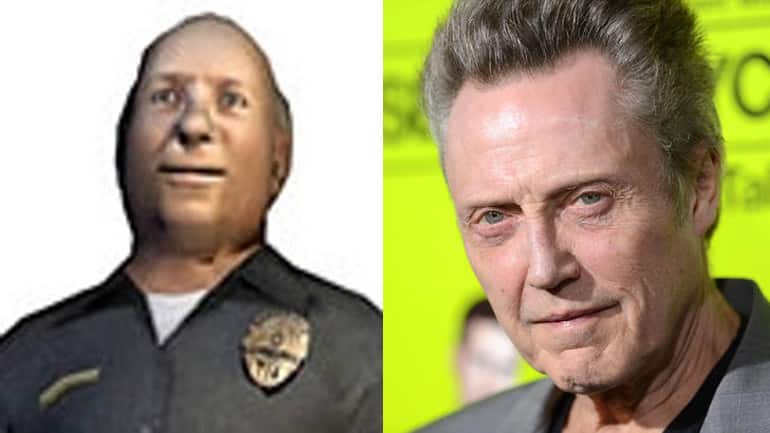 Christopher Walken, although famous for acting in various movies, is also known as the person for whom there can never be too much cowbell. While Walken might have, shall we say, an interesting style of speaking, he’s strangely enough only lent his distinct talent to one game, True Crime: Streets of LA. In this non-Grand Theft Auto open-world game, Walken voices a desk Sargent simply known as George. While Walken has a gift of making anything that comes out of his mouth sound memorable, this was, unfortunately, not the case when voicing poor George. This might be one of the reasons that Walken never graced our gaming ears with his voice again.

One thing is for certain, Walken’s unique way of speaking would be a perfect fit for a new Grand Theft Auto game. We can always hope. 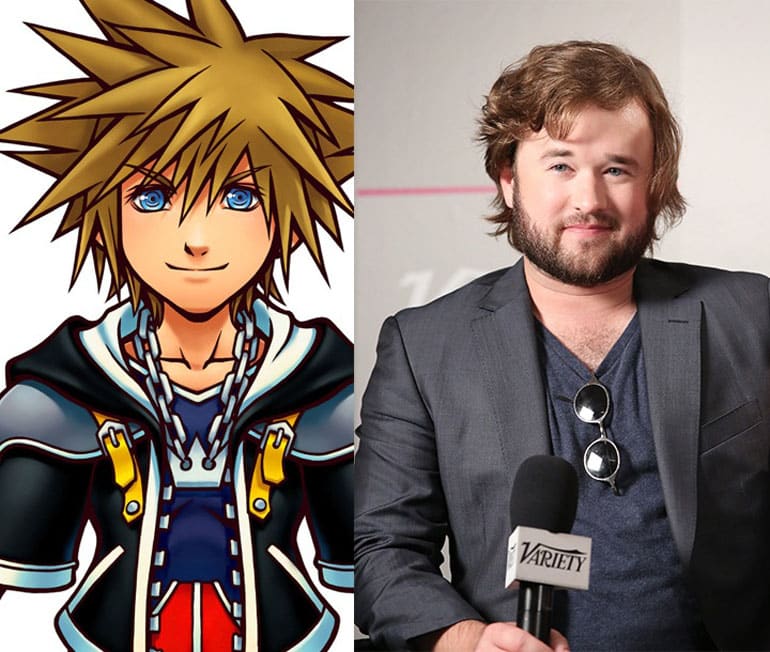 Haley Joel Osment became an overnight success after staring in The Sixth Sense and Pay it Forward, and, although there is no doubt that he is a talented actor, we’ve recently seen very little of him on the big screen. That hasn’t stopped him from flexing his acting muscles though as he’s been the voice behind one of gaming’s most famous protagonists, Sora from the Kingdom Hearts franchise. Osment has voiced Sora in all the games and started voicing the character when he was only fourteen years old.

So, instead of being surrounded by dead people Osment has decided that he’d prefer hanging around Disney and Square Enix characters, and who wouldn’t want to do that? He is one of the most successful voice actors for games.

10. Matthew Perry – I’ll be there for you, when the nukes begin to fall… Matthew Perry, that dude from Friends, has admitted on various occasions that he absolutely loves gaming, especially Fallout 3. While expressing his undying love for the game, someone at Bethesda took notice and decided that this would be a great opportunity to have a famous voice in one of their games. Fast forward a few years later and Perry finds himself voicing one of the bad guys in the newly released Fallout New Vegas.

Perry’s love for the franchise did shine through as he did an excellent job of voicing the scheming Benny. See kids, obsessing about a game can open up some new opportunities. Well, this is if you are already famous. 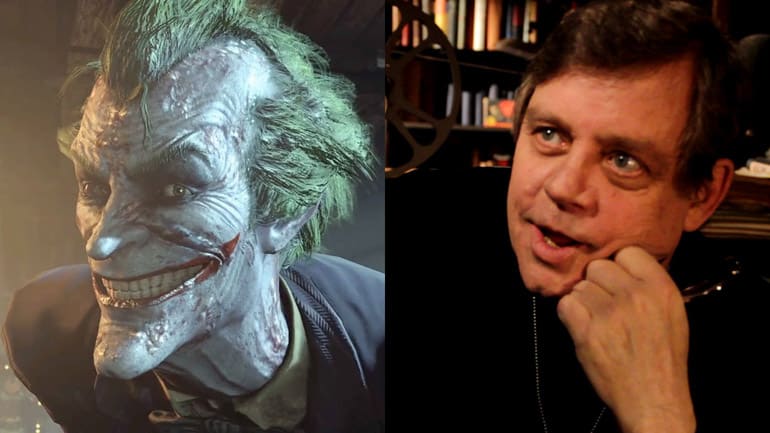 No voice actor list (gaming or animation related) would be complete without mentioning the absolutely amazing Mark Hamill. Who would have thought that little ol’ Luke Skywalker would become one of the most well-known voice artists in the world? Not only does he do a sublime job of voicing Mr J (for those who do not know who I am referring to, shame on you), I would easily consider him the best Joker ever. As you might guess from the above statement, Hamill voiced the Joker in the truly excellent Batman Arkham trilogy. But did you know that he also voiced some of Marvel’s most famous characters?

Hamill voiced the Red Skull in Marvel Super Hero Squad: Comic Combat, Arnim Zola in the LEGO Marvel Games and even lent his voice to one of Marvel’s most popular comic book characters, Wolverine in X2: Wolverine’s Revenge. Mr Hamill truly is one of the greatest voice actors of our time, which shouldn’t be a surprise considering he’s a Jedi.

Who are your favourite voice actors in games?