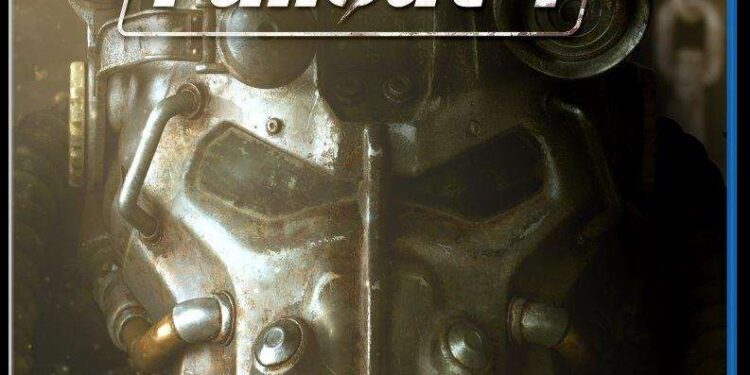 Fallout 4, the fifth instalment to the series, is an open world action role-playing video game developed by Bethesda Game Studios that has taken the gaming world by storm. Set in a post-apocalyptic Boston 200 years after a devastating nuclear war, as the sole survivor of Vault 111, you enter a world destroyed by nuclear war. Every second is a fight for survival against bad people and the weird creatures that lurk the wasteland. Everything the player does and says is completely up to you. Only you can rebuild and determine the fate of the Wasteland.

Fallout 4 is a continuation of Fallout 3 (which takes place in the year 2287). Fallout 4‍’s story begins on the day the bombs dropped on October 23rd, 2077. The player’s character takes shelter in Vault 111, emerging exactly 210 years later, on October 23, 2287. The player character, his wife and infant baby are cryogenically frozen for two hundred years. You are woken up to a scene of raiders opening your wife’s cryogenic chamber in order to kidnap your infant baby. When your wife chooses not to hand over the baby, she is shot and killed by one of the raiders. The raiders kidnap the baby and leave. A few years later you emerge from your cryogenic chamber and go into the commonwealth to search for your kidnapped child. This is by far Bethesda’s largest game to date. The sheer size of the map will have you discovering new things all the time. The setting is a post-apocalyptic retro-future, covering a region that includes Boston, Massachusetts and other parts of New England known as “The Commonwealth”. With so much action, a gripping story and almost flawless gameplay, Fallout 4 has met and exceeded all the expectations from Fallout fans across the globe. Also, for the first time ever, the game also features full voice acting for the protagonist. With over 111,000 lines of dialogue available, you can basically say almost anything.

Fallout 4‍  has similar gameplay to Fallout 3 and Fallout New Vegas. The overall gameplay is amazing and very interactive, but there are some bugs and glitches that have crept into the game. Fortunately, the bugs and glitches are not too bad and do not ruin the experience. As the player, you can also explore Fallout 4‍’s open world map at will, allowing nonlinear gameplay. Companions can accompany the player, and are able to assist the player in battles and help with various tasks such as carrying loot and assisting with various missions. While exploring the Commonwealth, one has to be very careful because enemies such as mole rats, raiders, super-mutants, death claws, and feral ghouls roam the wasteland. You are also introduced to many companions such as Dog Meat, who is incapable of dying but can be hurt during battle. Players are required to construct and deconstruct buildings and items, and use them to build a settlement, which can attract and be inhabited by non-playable characters. Bethesda has definitely taken the voice of its fans to heart, making Fallout 4 with more appealing gameplay, a layered armour building system, base-building, a dynamic dialogue system featuring 111,000 lines of dialogue, an in-depth crafting system in which you use every lootable object in the game, and so much more. Also, you have the ability to customize weapons. The game includes over 50 base guns, which can be crafted with a variety of modifications, such as barrel types and laser focus, with over 700 modifications available guns are a big part of gameplay. Power Armour has been reintroduced to the game and is important if not vital to certain parts of the game, and can also be modified, adding items such as a jetpack.

A new feature to the series is the ability to craft and deconstruct settlements and buildings. You can select some in-game objects and structures, and use them to freely build their own structures. In addition, the towns can be powered with working electricity, using a dynamic power line system. Players can build various defences around their settlements, such as turrets and traps, to defend against random attacks. The look of Fallout 4 is simply brilliant. Everything is very detailed and eye-catching. The huge map allows for so many different looks and feels to the game. Even something simple like creating your character’s face is very detailed. Even though Fallout 4 is by far Bethesda’s best-looking game, they could have been more focused on ensuring the game has less glitches. The framerate drops all the time during gameplay but not enough for it to be a major problem.

Overall, Fallout 4 is a must-have gaming title. We’d expect no less from Bethesda.