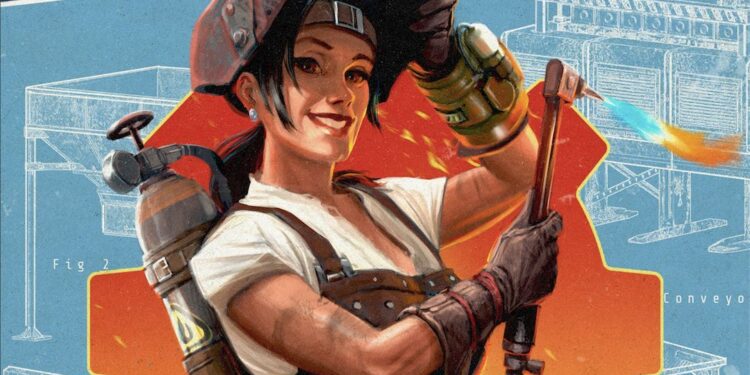 Fallout 4 Contraptions Workshop is the fourth add-on for Bethesda’s Fallout 4 and the second workshop add-on. The DLC is very similar to Fallout 4’s Wasteland Workshop DLC. Whilst the actual DLC does not add any new content such as quests, characters or locations the player could explore, what this DLC actually does is add new tools and mechanics for high-end contraption crafting in your various settlements across the wasteland. The focus is on building machines and equipment with a lot of creativity and innovation to come up with some really epic builds. There is tons of possibilities and tons of room for experimentation. Creativity and innovation can bring the player to build some really amazing machines that sort items, build items and even combine different machines to form a super factory. The contraptions DLC allows the player to make use of all new mechanic systems such as conveyor belts, scaffolding kits, track kits, and logic gates to construct complex gadgets that will help the player improve their wasteland settlements. Also included in the new DLC are all new features such as elevators, greenhouse kits, warehouse kits, fireworks, armor racks and a lot more. Putting together your ideas takes time at first but once you get the “know how” it’s all about advancing your ideas and taking things to a new level.

There’s also a Fallout 4 Contraptions Workshop Contest going on over on Reddit and contestants are invited to enter their best contraptions for a chance to earn some pretty cool rewards. This is probably a good incentive to get your best work out there.

If building isn’t your thing, then you might find yourself (like me) working on a contraption for more than two hours at a time. It can become a rather frustrating and time-consuming process for those who simply want to shoot up the environment. The ideas and thought-process that went into making this DLC (which only requires around 155MB – 250MB of space) are amazing. However, players might leave disappointed because it does not add to the game’s story in any way at all. That being said, you can still have hours of fun constructing and building whatever your mind can put together using all the different contraptions if that’s your thing. If it’s not, I would skip this one. Bethesda is planning two more (known) DLC add-ons for July and August. Those might be more up your alley.