If this is your first time reading The Fall And Rise Of Captain Atom, you may be a little confused. Actually, even if you’ve been following this series closely, you may be a bit confused too. Some of the reason for that is the look of the villain SuperMax, who has a silver/blue shell around his body, and a haircut, which resemble Captain Atom’s old look. Yes, Captain Atom is now a weird purple colour, but it’s taking some getting used to. The other reason for the confusion is the writing. 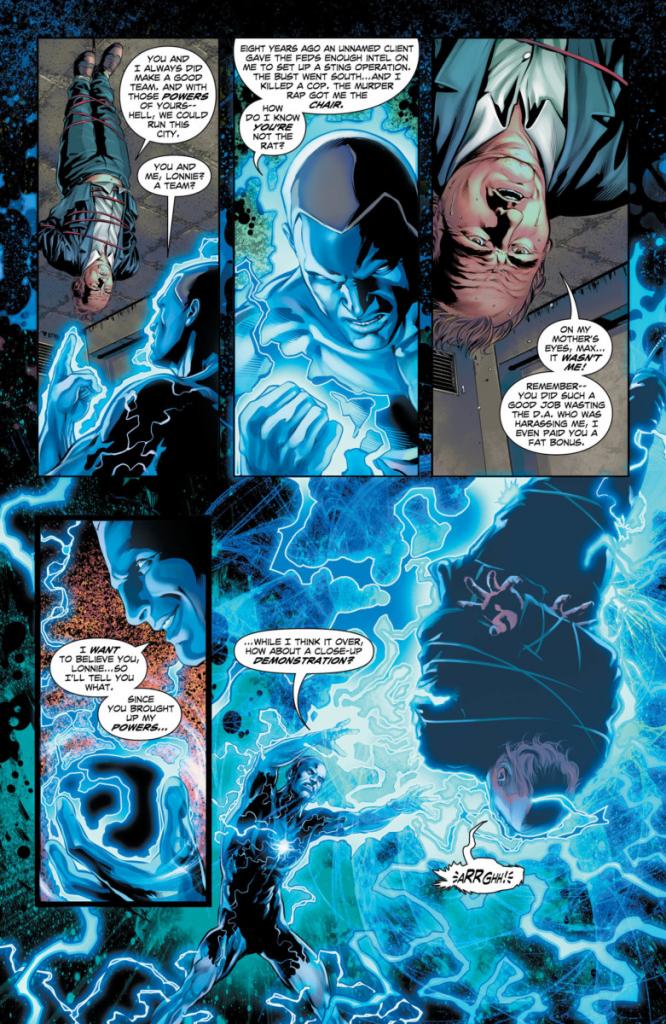 Having unwittingly released a supervillain into the world, Captain Atom has to clean up the mess he’s created. However, for General Wade Eiling, it’s another shot at spinning the truth into a piece of propaganda to help sell Captain Atom as a new and different hero. Yet while the villain SuperMax embarks on a personal quest to track down the person who betrayed him, Captain Atom follows a quest of his own: to reunite with a son he didn’t know he had. But can Captain Atom balance his personal life and his secret identity, especially when faced with a foe who seems unstoppable?

For a by-the-numbers bad guy, a lot of attention is paid to SuperMax’s crusade for vengeance. At first, it isn’t explained and seems almost pointless, but as the story progresses it begins to make more sense and the payoff is pretty solid. Unfortunately, you may wish that a little more work had gone into refining SuperMax and his thought processes because he seems rather one-dimensional. What’s it like to suddenly have incredible powers, and what makes him tick? Who knows? He’s just out for revenge, and that’s supposed to be enough.

Except it isn’t enough. Although it’s pretty obvious there’s a whole lot more to him, and we’ll be finding out soon. 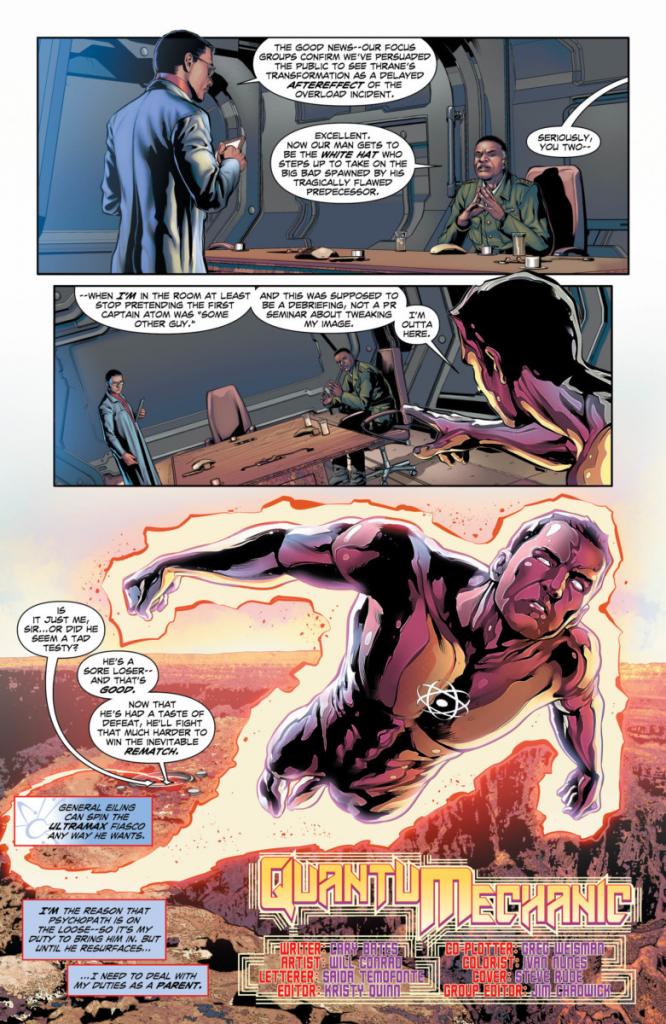 When the story does focus on Captain Atom, it shines… but again, with so much attention being paid to SuperMax you’ll wish there were more space dedicated to the real “A” storyline which made such an impact in the series so far. As for the traditional climactic showdown, it starts out with lots of promise but ultimately fizzles.

Writer Cary Bates treads old ground from his wonderful run on the ‘80s series, with little nods to both Major Force and Wade Eiling’s manipulation of the media to boost Captain Atom’s public image, as well as highlight the awkward personal journey of our hero. Meanwhile, the art by Will Conrad makes it easily one of DC’s best-looking books.

Sadly, this is a bit of a drop in quality though. It does everything it should do and ticks all the required boxes, but it doesn’t really push the envelope like earlier issues did. There’s still a lot of promise but, with just one issue to go, we can only hope that it all ends on a higher note than this.