It seems like only a few months ago I was singing the praises of Codemasters for making an F1 game worthy of the name. It was that quantum leap that some franchises seem to make just when we all think they are going the way of the Dodo. So when I heard that F1 2017 was coming out, I was expecting an evolution on what I thought was one of the best games I have ever played, not just in the racing genre, but overall. What we got instead was a freakin’ revolution!

Codemasters has tweeked everything. The Career Mode has added depth, the Championship is even better and they have given us some of the classic F1 cars from the past, like Senna’s McLaren MP 4/6 and the monstrous BMW engine from the 1986 season that put out 1500 HP. And that from a 1.5-litre motor! 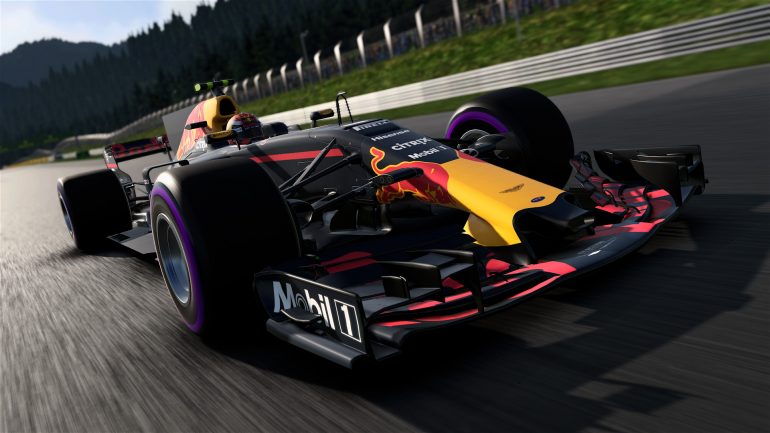 F1 2017 has gone so way beyond just a good racing game, it is now a full-on racing RPG. The Career Mode now has you having to plan what you do between races, such as chassis and engine R&D, like in the real F1 season, you only have a certain number of key Power Unit components (they now call engines Power Units because the actual combustion engine is only 1/3 of what makes you move). A modern F1 car is equal parts ICE (Internal Combustion Engine), electric motors and ERS (Energy Recovery Systems) and you can only use 5 of each in a season, as well as a limited number of turbos and gearboxes. 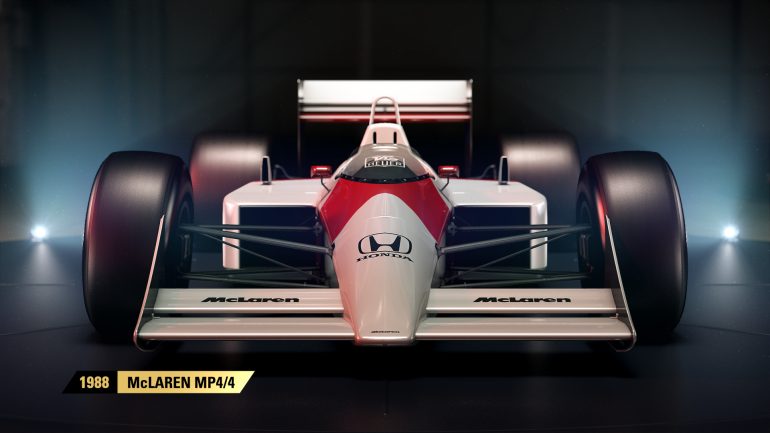 So now there is an equal balance between what you do on track as well as off, and I love that. You can decide whether you want to use worn components at a less power sensitive circuit like Monaco and save your fresh units for a track like Monza or Suzuka. There is also an Upgrade Tree, I guess you could call it, which offers about 100 individual upgrade options which you can unlock if you have the money, everything from aerodynamic improvements to Power Unit upgrades.

I follow F1 religiously so, for me, this is Christmas and birthday rolled into one, but for a casual player I can see it being pretty overwhelming. If that is the case for you, just ask your engineers for recommendations. Obviously, the better your race team, the better the recommendations they can make. I do not know how they code a game like this, obviously, but when a component does go pop, it doesn’t feel at all contrived. I actually felt like every failure I have suffered (I chose Honda as my engine supplier, so there have been MANY failures) was in line with the experience. 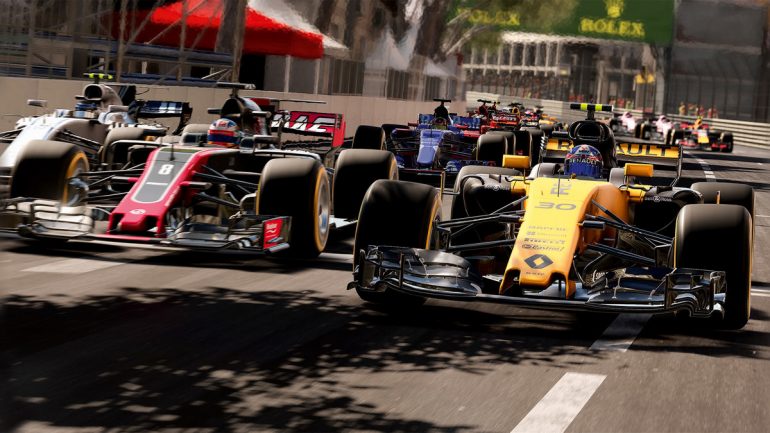 F1 2017 has made the entirety of every race weekend in the whole season feel meaningful, and like a real F1 race, the drama is high and intense. This is about as close as most of us will ever get to experiencing life as an F1 driver. I have decided to commit to McLaren Honda and help develop that car into a championship winning beast!

The graphics of the cars and tracks and exotic locations are fantastic. The characters, unfortunately, still look like reworks from the original Tomb Raider. They can really do with adding a little more to the podium/parc ferme/hospitality areas, but this is a small gripe.

This is about as perfect an F1 experience as I could ever have dreamed for. Now if only someone out there would hand over a proper steering wheel/pedal set for me to review, I could quit my day job and just play F1 2017 for a living. I’m only half joking. The FIA, the official governing body of the Formula 1 championship, has started an official eSports championship. It is the initiative of F1’s new owners. Liberty Media, who also owns the NFL, so they know a thing or two about brand innovation. This release of Codemasters F1 title is the official game of the championship. Fernando Alonso has played F1 2017 and says that it’s the best F1 racing sim outside of McLarens simulator at the McLaren Technology Centre that he has ever experienced. He also asked why his character looks like an androgynous wax works figure… so that criticism is coming from multiple sources.

F1 2017 is THE game to play if you want to experience the heartache and ecstasy of the F1 circus. Codemasters have created a near perfect racing sim/RPG that will have you laughing, crying, screaming and drinking Red Bull from your shoe for many hundreds of hours. Well done and thank you for this, I have absolutely no problem giving this a double thumbs up!

And seriously, I need a steering wheel…