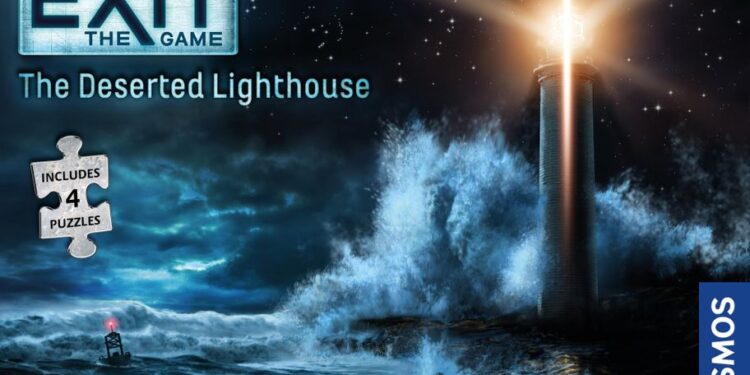 It’s a dark and stormy night. The beam of light from the lighthouse that usually punches through the dark is mysteriously absent. Worst yet, a ship is heading straight for the rocky coast. In EXiT: The Deserted Lighthouse, yet another great title from the EXiT puzzle game franchise, it’s up to you to figure out what has happened and why the lighthouse has gone dark before the ship crashes on the shore.

What makes this entry stand out from the rest of the EXiT games is its clever use of actual puzzles to solve the mystery of the missing lighthouse keeper. 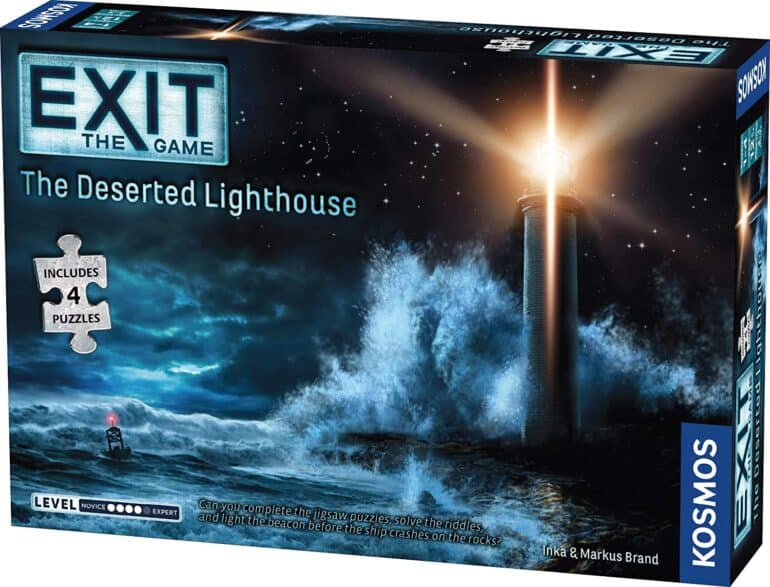 As with other games in the series, the box for EXiT: The Deserted Lighthouse comes packed with quite a few mysterious booklets, an instruction manual, a strange dial and four bags filled with puzzle pieces.

As with all EXiT games, the quality of the components here is pretty good. The puzzles themselves are neatly packed, each into their own little package. Everything is easy to read and understand, which is quite important considering that a lot of the puzzle-solving comes down to looking for clues or icons. 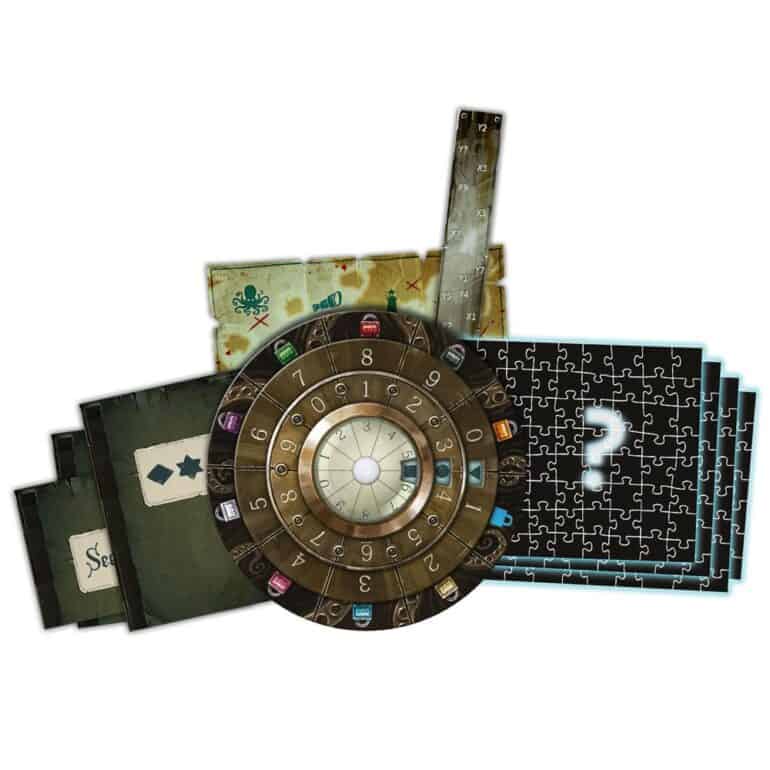 A lot of what makes these games so special is the fact that they keep surprising you. So, without spoiling anything, I’ll sum up how the mechanics in Exit: The Deserted Lighthouse work.

Players will be reading through the supplied story booklet and assembling puzzles as they go along. Once a puzzle is completed, players will use the image on the puzzle to figure out the combinations of various locks that appear in the puzzle using a dial. Once the combination for a lock has been solved, a combination of icons will become visible.

Should the combination for the lock be correct, the icons that appear will correspond to those on one of the supplied booklets. These booklets will give you even more clues and puzzles to solve. Some of these involve cutting components up or building another puzzle.

Players continue with this process until they figure out the mystery. There is also a hint guide supplied with Exit: The Deserted Lighthouse which becomes quite handy when you inevitably get stuck on a specific puzzle. 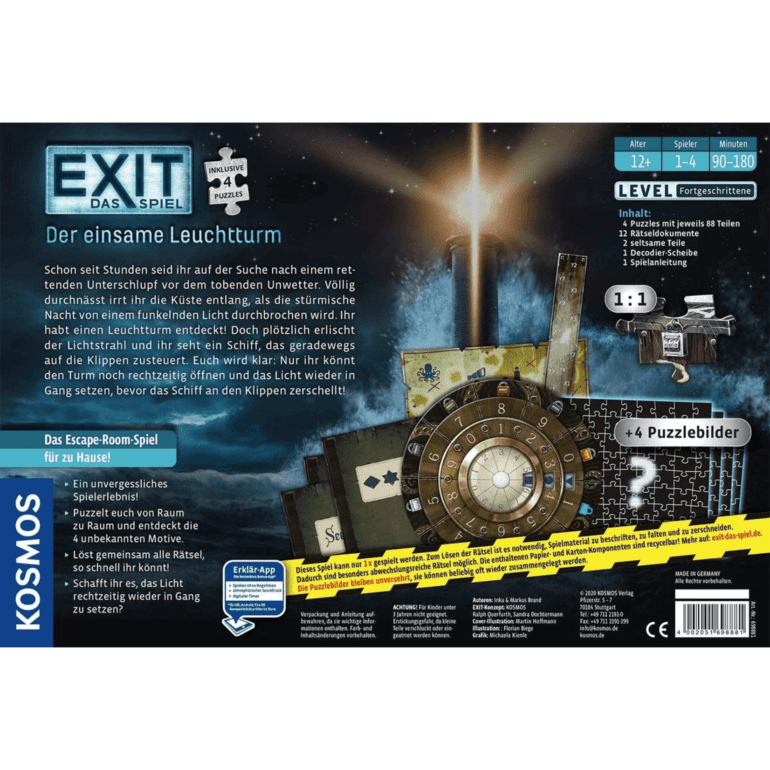 What did we think of EXiT: The Deserted Lighthouse?

Initially, I was concerned that the inclusion of the puzzles would boil down to feeling like a gimmick. Fortunately, the combination of building puzzles integrates perfectly into the EXiT formula. Instead of coming across as a gimmick it actually feels like a natural progression for the series.

The way Exit: The Deserted Lighthouse cleverly merges the puzzle building with the dial mechanic helps add another layer of interactivity to the game. While building puzzles and turning dials might seem easy from a distance, it’s when you start trying to solve the game’s mysteries that you discover just how involved some of the puzzles can get. There were quite a few times when we found ourselves stumped and unsure how to progress.

I love how the Exit series keeps evolving. There are those out there who might be hesitant to buy a game that you can effectively only play once, due to the game tasking players to destroy some components to solve puzzles, but there is more than enough bang for your buck packed into the deceptively little box.

If you love puzzles, both the physical and mental ones, then EXiT: The Deserted Lighthouse is a game I would urge you to give a go. It is sure to stump, engross and delight you as you try and figure out its many mysteries.

For more information on EXiT: The Deserted Lighthouse, visit solarpop.co.za. The EXiT games retail for around R200 – R300 locally.

EXiT: The Deserted Lighthouse successfully meshes puzzle solving and clue hunting with actual puzzles, making for one of the best games in the series.