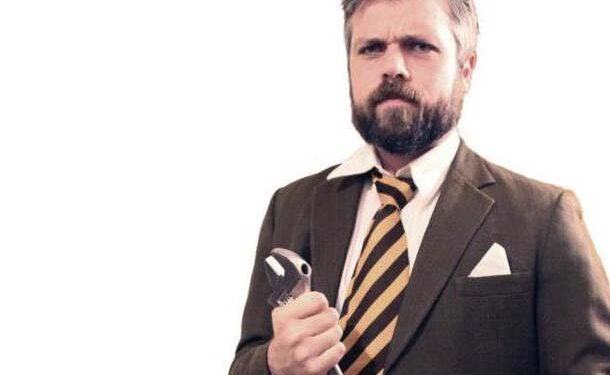 Even if you’re not familiar with the works of WETA 3D character designer Andrew Baker, I’m sure you’re familiar with his work. Ever heard of blockbusters like The Lord of the Rings, The Hobbit and Tin Tin?

WETA is a New Zealand-based special effects company specialising in 3D character design, computer graphics, and the likes. Andrew Baker is a South African (East London) born Honours Graduate with exceptional talent. He took some time out to answer a few questions for an exclusive interview. This is what we asked, and what he had to say: 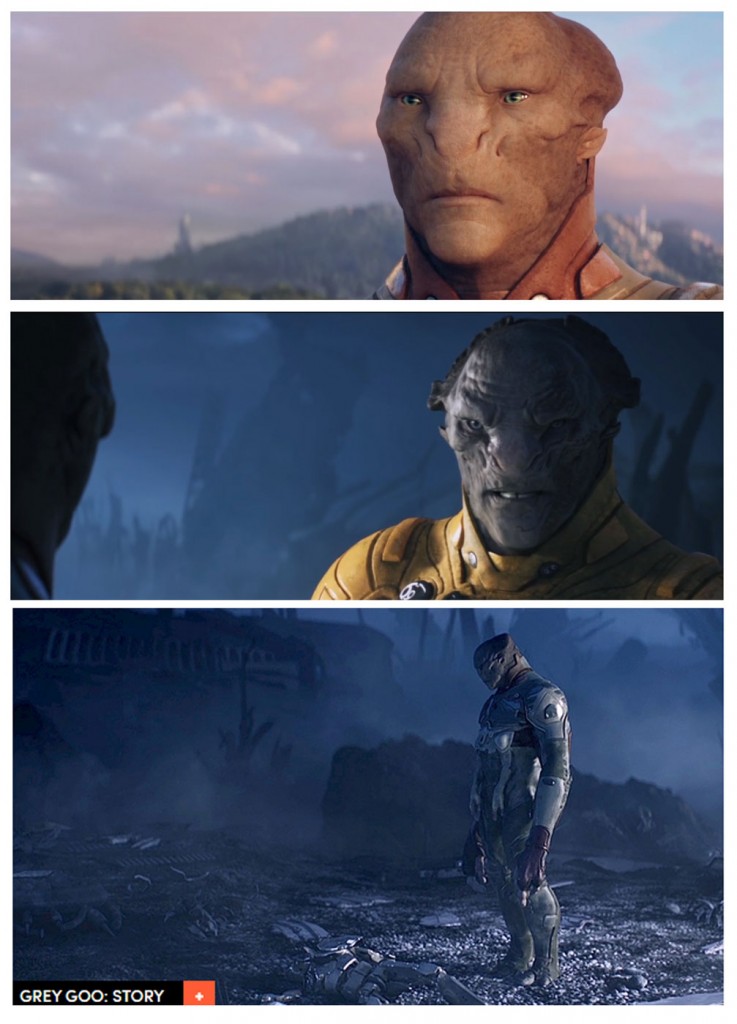 CE: You work at an Academy award-winning company, how did a guy from East London, South Africa end up working at an acclaimed company like WETA?

Andrew Baker: Sheer luck! But seriously I’ve always drawn for as long I can remember. Even in school, my books were filled with drawings more than school work. My father and sister are both amazing oil painters and influenced me greatly to become an artist as well, but there are many factors that have influenced what I do today.

CE: What credentials/courses/experience/design school does one need/attend to be a 3D designer for mainstream companies?

Andrew Baker: I have an Honours Degree in Computer Graphic design. This helped me to learn a lot about design language which I apply in all my illustrations/design work. But a lot of the 3D applications I’ve learnt, I taught myself. It’s very hard finding courses that cater specifically to the CG FX industry.

CE: I’ve noticed that the majority of your creations are creatures and monsters. How has your background influenced the look and design of your characters?

Andrew Baker: Growing up in Africa, wildlife always fascinated me. My father and Sister are both wildlife artists, so needless to say, I love “creatures” real or imagined. There’s something fascinating about thinking/imagining a life, how it evolved to where it is and conceptualizing it artistically. I love it! 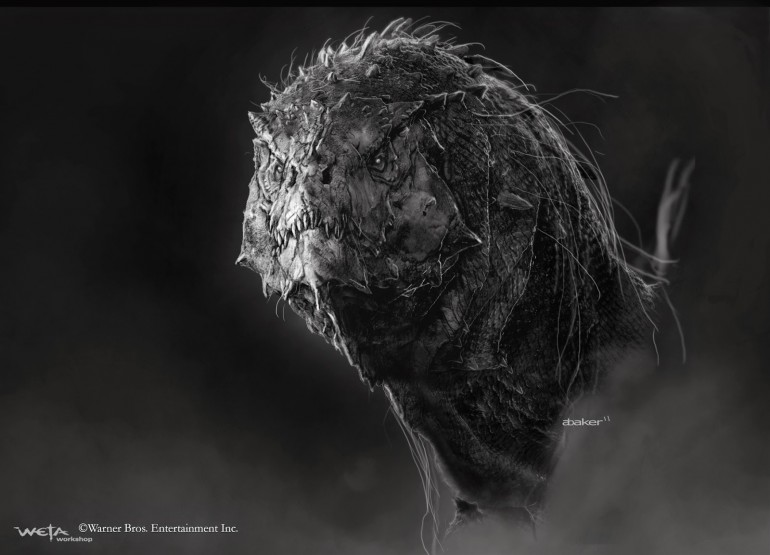 CE: You are working on the Hobbit. I know you are usually sworn to some secrecy when it comes to film projects but can you tell us a little about your involvement?

Andrew Baker: My involvement has largely been design, especially for the creatures. I’ve had a little to do with some weapons and costume for one of the dwarves. But other than that, it’s all been about the creatures on The Hobbit… and soon I’ll be able to say what creatures I’ve designed and worked on.

CE: What are the most notable characters you’ve worked on?

Andrew Baker: Can’t say for now, but there’s a few. 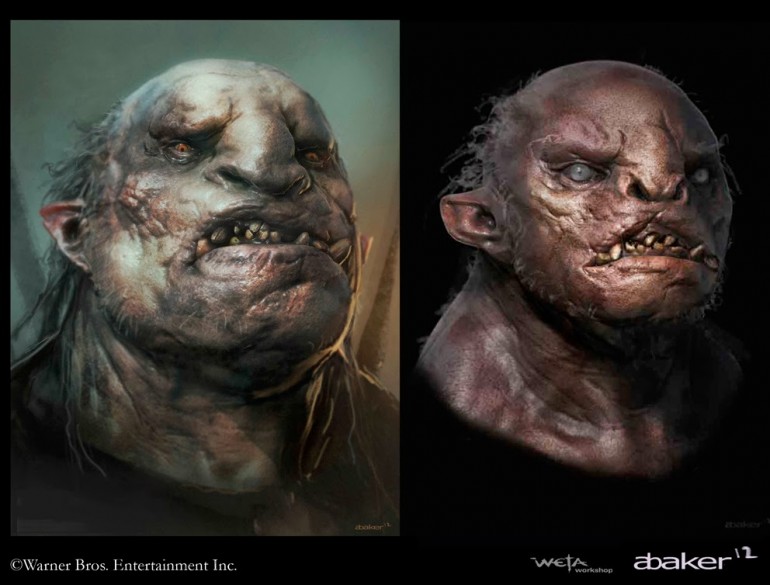 CE: I’m always impressed by the details that go into creating digital artworks. How long does it take to create an artwork or 3D character and what is the process you follow?

Andrew Baker: It varies a lot depending on the brief. It’s better on a conceptual level to have a variety of idea’s so generally I can work out 1 to 3 pieces of artwork a day, depending on what it is. Please check out the chapter for the book that I did explaining more of my workflow.

CE: Are there any specific software packages that you use, maybe a few that are publicly available for the average 3D designer?

Andrew Baker: My workflow mainly consists of Zbrush and Photoshop. But I use Maya occasionally for rendering my sculpts if need. Although Zbrush’s rendering package has certainly gotten a lot better. Before I did concept art/design I used Maya a lot for modelling, shading, and rendering. It’s a package I highly recommend learning if you want to get into VFX in the film industry. But Zbrush is an affordable and user-friendly package that can be used for production, conceptual or finished artwork. 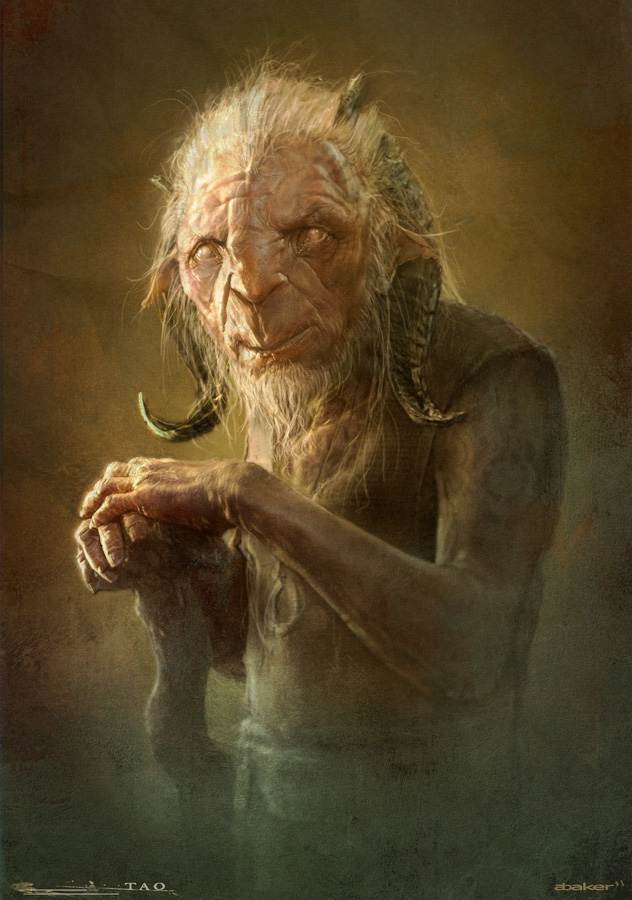 CE: Creating characters and animating them are two completely different things. How much more difficult is it to animate them once you?ve created a 3D character?

Andrew Baker: Generally the 3D sculpt I create is taken by a digital VFX company, like Weta Digital and they will model over what I’ve created, making topology that is light and able to be rigged, it’s then taken and animated with the MANY processes that go in between and after for the final shot. I like to think nothing is impossible these days, on-screen that is!

CE: What projects are you working on, and what can we expect from you and WETA in the future?

Andrew Baker: I’m working on a lot of really exciting and groundbreaking projects that sadly are all under NDA, but you will definitely see them when they’re out.

For more examples of his work, check out Andrew Baker‘s Blog. Read the follow up interview here 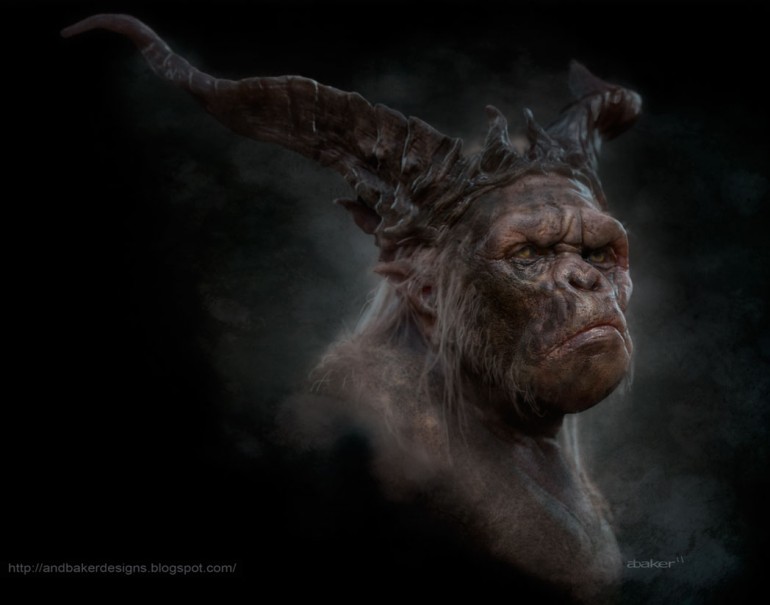