Everybody’s Golf Review – Golfing For Everybody And Anybody 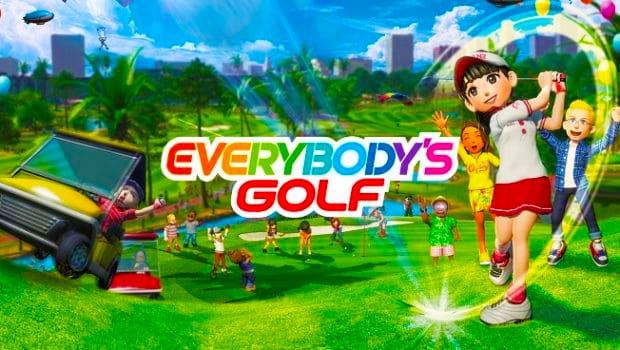 Like its predecessors, Everybody’s Golf for the PS4 prides itself on being a pick-up-and-play golf game for virtually everybody and anybody. Whether or not you’re a fan of the sport, the game’s colourful courses, wide range of quirky cartoonish characters and easy-going gameplay manages to make video game golfing fun. To some extent, it’s been really hard explaining my love for Everybody’s Golf over the years. In all honesty, I hate real-life golf, with a passion. I hate walking around in the sun all day from hole to hole. I hate the smell of the grass. I hate the clubs. I hate carting around the huge metal rods in a bag. I hate watching it. I hate how bad I am at aiming. I hate how awful I am at golf. That said, somehow I’ve managed to put in countless hours to perfect my video game golf swing with Everybody’s Golf over the years on the PS Vita. And it’s never gotten old. With some miraculous voodoo, Clap Hanz has managed to combine elements of mini golf, Sims and Disney World into an arcade-style game that actually makes the sport accessible to just about everyone, including avid golf haters. In truth, Everybody’s Golf has been to golfing what Mario Kart has been to racing.

Those who have followed the series over the years will feel right at home in the 2017 rendition of the game as the core gameplay of the franchise remains intact. The biggest addition to the new entry is Golf Island, which lets players walk around an open world and sign up for tournaments and challenges. While some might prefer a menu and feel this is an unnecessary and confusing way to navigate the game, it also adds to the fun and wackiness of the game. For example, driving around in a golf cart while exploring the cheerful island, which has beautifully detailed scenery, can be a great breather between challenges. With this addition of these RPG elements and a focus on some of the online gaming activities, Everybody’s Golf might be a whole new ball game for some. Again, like its predecessors, Everybody’s Golf is chock-a-block full of content. From the moment you start playing the game, players are allowed to customise their on-screen avatar with unique outfits, designs and clubs. With every round of golf you partake in, you earn your character experience and your stats improve. That means the more you play the better your avatars become and the more you can spend at the in-game store. This also helps when venturing into the online world. Players carry their stats with them into the online multiplayer games. If your character isn’t up to skill, don’t expect to beat the pros.

In terms of gameplay, Everybody’s Golf remains true to its original three-click system – start the meter, control the power and define the accuracy. It’s a really simple mechanic that allows everybody and anybody to be able to take part. That said, a few miscalculations and mistimings could result in your frustration with meter system, especially while putting on the green. The game requires you to do some math (estimating how hard you should hit and how the wind will affect the ball) in order to meet the par. You are bound to flub a shot here and there. It’s hard to fault any of the gameplay. Everybody’s Golf is designed to keep you hooked over the long haul, and it achieves that. That said, I found the excessive amount of reading (as characters explain the game’s mechanics) highly annoying. Perhaps it might be interesting for newcomers but, for someone who is familiar with the franchise, it really feels long-winded. Of course, that’s a minor gripe for a game that mostly does everything it promises.

You could argue that Everybody’s Golf‘s first foray on the PlayStation 4 doesn’t offer the best graphics and that you’d prefer a simpler way to navigate the menu, but what it does do really well is consistently hit that sweet spot of good arcade gaming and deep golf mechanics. As the game’s title and cheery intro suggest, it’s an immensely fun golfing experience.