Home > Movies > Every Alien Movie Ranked From Best to Worst

If there’s something truly horrific about the Alien movies is the way they’ve been slowly deteriorating with each new entry in the franchise. What began as a classic slasher film set in space has become an unrecognizable rambling about the place of humans in a hypothetical divine creation, or something like that.

With so many ups and downs, it’s impressive that we’re still talking about an Alien movie franchise – and yet, here we are. Over 40 years after the release of the first film in the series, the Alien movies still capture the imaginations (and fears) of millions of fans around the globe.

For that reason, we’ve decided to list every Alien movie released so far, starting with the best and ending with the most awful films in the franchise. 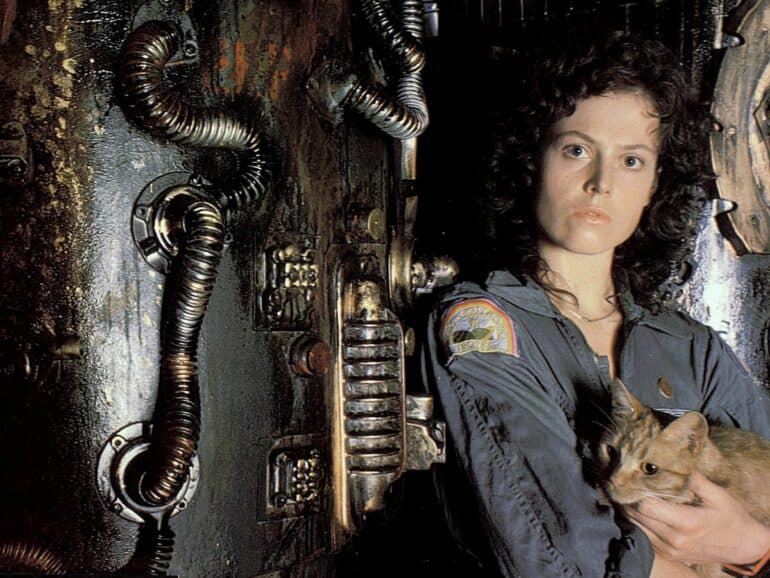 You simply can’t beat the classics. The first Alien movie in the franchise is, without a doubt, the strongest one of the bunch – and it might be because of its unapologetic simplicity. From the moment you read the movie’s tagline (“In space no one can hear you scream”), you pretty much get everything the movie’s about.

Sigourney Weaver stars as Ellen Ripley, and this is the first time she’d have to face off against the dreaded Xenomorph. A classic horror flick, the original Alien movie is just as good today as it was back when it was released. 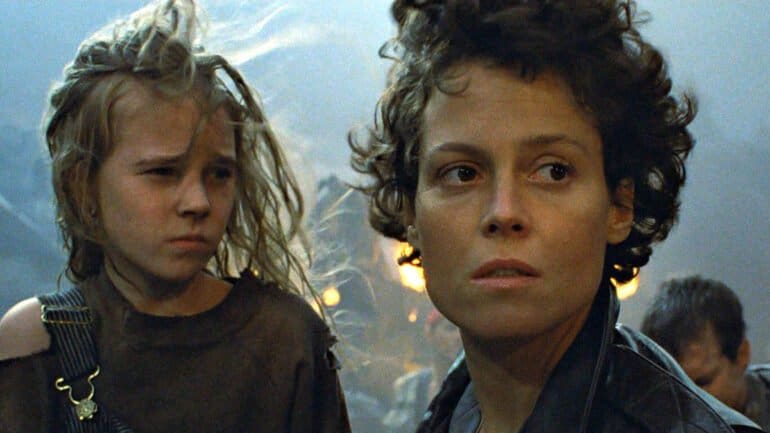 Despite being loved by critics and standing out as one of the best action flicks ever made, Aliens proves to be a divisive film among fans of the franchise. While it successfully turned Alien into a franchise, it stripped the series from its darker horror aesthetic.

Directed by James Cameron, and starring Sigourney Weaver once again as Ripley, the film continues the story of Ripley – fifty-seven years after the events of the first movie. After being trapped in cryosleep for the better part of six decades, Ripley must now reluctantly work with the shady Weyland-Yutani Corporation, and face off against her alien archenemy.

Ridley Scott’s attempt at resurrecting the Alien movies franchise offers an intriguing look at how Scott has matured as a director over the years. Prometheus is a much more high-concept movie than the first Alien films, and aims to clarify the origins of the Xenomorph.

Prometheus stars Noomi Rapace as Elizabeth Shaw. On a mission to discover the origins of humanity, the crew of an intergalactic exploration unit finds way more than they were hoping for instead.

Don’t expect to see much of the classic Xenomorph in this film, though. The iconic black creature isn’t anywhere to be seen during most of the movie’s runtime, so we can only recommend this one to die-hard sci-fi fans.

As a continuation of Prometheus, Alien: Covenant delivers very little in the way of straight answers to the previous film’s mysteries. As a modern take on the classic Alien horror formula, however, this film absolutely nails the look and tone.

This Alien movie is the closest we’ve gotten to a true successor to the original film’s style. While the plot is a bit weak at parts, most of the action and horror sequences work amazingly well. 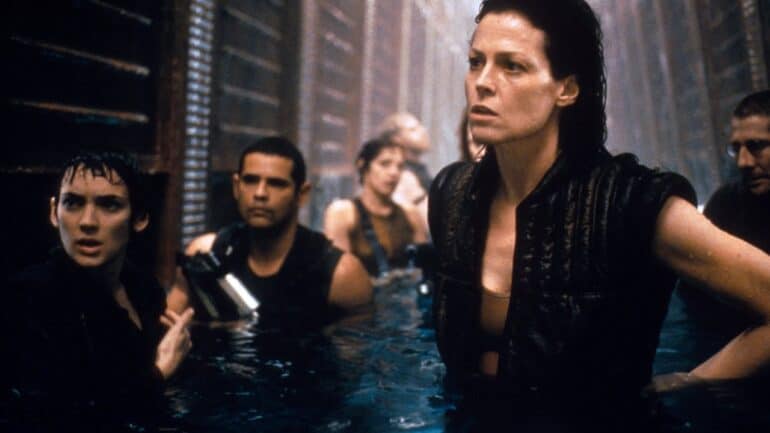 One of the oddest films in the franchise so far, Alien: Resurrection is weird in every right way for a horror film. 200 years after Ripley’s death, she’s brought back to life as a clone with all her memories intact, with the small caveat that she’s now a human/alien hybrid.

Featuring one of the spookiest Xenomorphs in the franchise, this Alien movie stands as one of the most unique in the series. It was certainly a breath of fresh air after the disappointing Alien 3 – which just so happens to be occupying the next entry on our list. 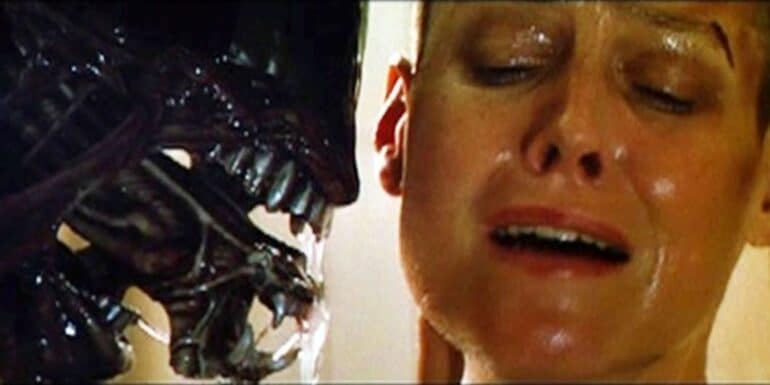 Speaking of disappointing films, 1992’s Alien 3 failed to capture the momentum set by Aliens or the atmosphere established by Alien. The result is a messy movie with a couple of memorable moments sprinkled in between.

A controversial part of this film is the way it resolved the stories of Ripley and the survivors from the previous Alien movie. Some fans weren’t keen on the idea of simply killing off Ripley, much less the grim fates the director envisioned for Newt and Hicks.

All that said, Alien 3 gave fans one of the most iconic images in the franchise: Ripley being pinned down by a xenomorph who slowly begins to reveal its second set of jaws. The scene has been referenced and parodied in multiple pieces of media, and has become synonymous with the series as a whole. 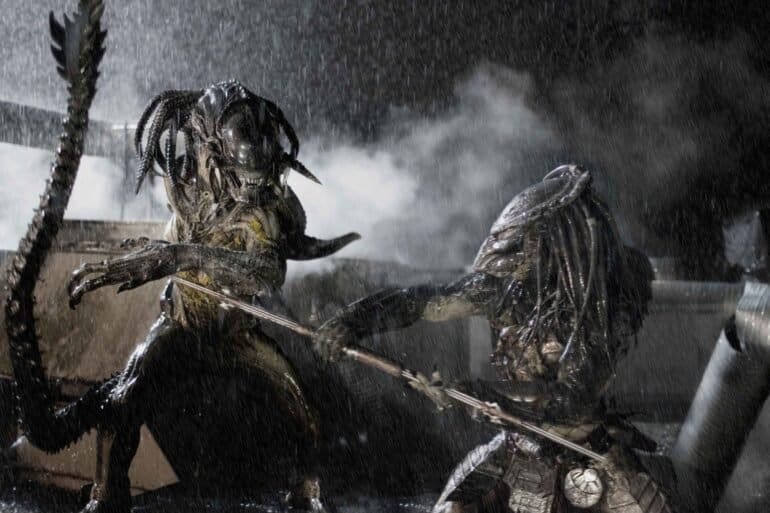 The dream of every horror movie fan has always been to see a proper confrontation between Aliens and Predators. Sadly, they didn’t get that with 2004’s Alien Vs. Predator. The first warning sign is that the movie is a PG-13 affair; that means no ripping off spinal cords or violent chest-bursting explosions can be shown.

Violence aside, the plot is as weak as it gets: the story is mostly just an excuse to see two classic characters duking it out. Directed by Paul W.S. Anderson, this flick is loud, dumb, and ultimately unforgivably boring. Perhaps some fights were never meant to be seen. The good news is that this film never got a sequel… Until three years later, that is.

Released on Christmas day 2007 (for some reason), Aliens Vs. Predator: Requiem is unquestionably the worst film in the franchise. Paul W.S. Anderson didn’t return as the director for this sequel, and the task was assigned to the brothers Colin and Greg Strause instead.

Despite ramping up the violence, Requiem still fails to capture what’s present in some of the best Alien movies. The idea of xenomorphs terrorizing a small American town sounds promising, but it’s held back by this movie’s atrocious cinematography and lousy editing.

Requiem seemingly killed the idea of seeing these two iconic beasts fighting on the big screen for good, at least until someone decides that it’s time to milk these franchises once again. However, we must keep in mind that both franchises are now under the control of the almighty Disney, so only time will tell just how good (or how irredeemably terrible) future Alien movies are going to be.

Who knows? Maybe the idea of a crossover with the MCU might not be as far as it once was. Let’s not forget that Peter Parker’s knowledge of the Alien franchise is what saved him and Tony Stark in Avengers: Infinity War. It might just be a matter of time until we see a xenomorph riding along with the Guardians of the Galaxy.

Did we get it wrong? What do you think the worst Alien movie is?