Maybe its a sign of age, but it’s becoming increasingly difficult to impress me. Everything is getting bigger, louder, faster, crasser and I honestly couldn’t give a toss. Give me elegant. Give me simple. Give me one thing done well and I’ll gush and faun like a teenage girl. And that’s what Everspace is. It’s a beautiful interpretation of an already-done-to-death theme. It’s everything I like in a game. Everspace is produced by a small studio in Germany called Rockfish Games who raised the money for this project via crowdfunding. This is probably why the release date for the game kept getting pushed back.

The cut scenes are Anime-esque single, beautifully rendered frames with a Ken Burns-style pan-and-scan movement. No money wasted on photorealistic motion capture performances here. All that money went into gameplay, and boy was that money well spent!

At its core, the gameplay is what they call “Roguelike” and non-linear, which I think is a bit of a reach. You do get to choose where you want to go once you clear a map, but the options are 2 or 3 at best and you get there via a space jump gate. It doesn’t get much more linear to me, but anyway, a “non-linear, roguelike, dog-fight, space exploration” shooter. It has the same kind of feel as playing an arcade game like Galaxian in the ’80s.

There is a plot to try to tie all of this beautiful space chaos together, something about you being a clone, space lizards called Okkar and some ultimate end goal, but really, you could take all of that away and still have as much fun as you can imagine with your pants on. If I was to label it, Everspace would be a Dogfight Sim. Though, in all my time playing I never stop feeling that every time I won a fight, it was completely by chance. The floaty nature of zero gravity makes precision really challenging.

This, I should imagine is due largely to the fact that Everspace was designed first and foremost for VR gaming and controller gaming second.

There is a ton of weapon swapping, from gatling guns to plasma cannons to light missiles, shield busters and heavy missiles. You need to manage resources such as fuel and shields and collect ore and scrap to modify your ship.

A major challenge is trying to weigh risk/reward decisions. You can attack some Okkar drones to get their resources before you jump to a new map, but if it goes badly and your ship sustains too much damage and you expend too much resource in the fight, you may not have enough to make the jump to safety. Your ship can disintegrate in the FTL worm-hole across space or you can run out of fuel mid jump which sees you turned to space dust in a spectacular way.

It does get really tense during these battles and having this degree of management to think about while trying to get your ship pointing in the right direction to counterattack while it’s behaving like an egg in salt water is hugely challenging and very satisfying when you somehow, miraculously, survive against all odds. 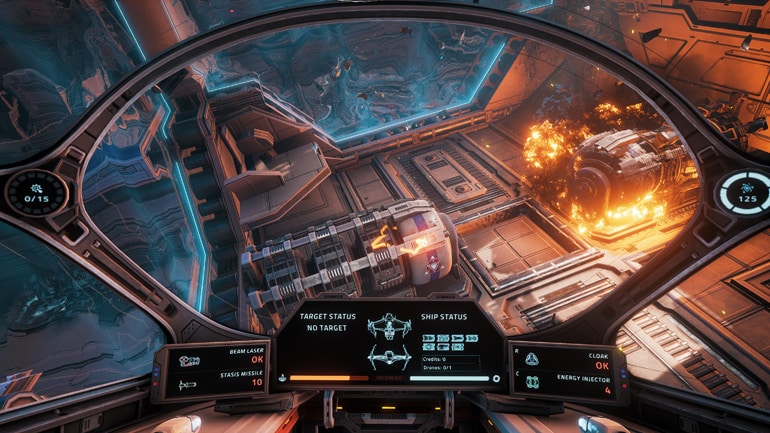 Not that dying is the worst thing that can happen to you. In fact, it’s probably the fastest way to make it through Everspace. You get to cash in your collected resources for money to spend on ship upgrades and repairs.

During a particularly challenging battle I had pissed off the ever-present neutral NPC called the B&G Corporation, a deep space mining operation, who don’t bother with you unless you try to steal or damage their stuff. I tried drawing the Okkar fighters close to a B&G workspace so that the B&G would send their fighters out to take the Okkar out, but 1 too many plasma rounds hit their base and they saw me as the enemy. I honestly didn’t know what I was doing, I just fired every missile and used every round I had on anything that moved…

…and I won. My ship was holier than the Pope and I didn’t have a round of ammo left, but I collected a ton of really choice resource and hobbled my busted-up ship to the nearest Trader for spares and them precious, precious nanobots that can fix anything. 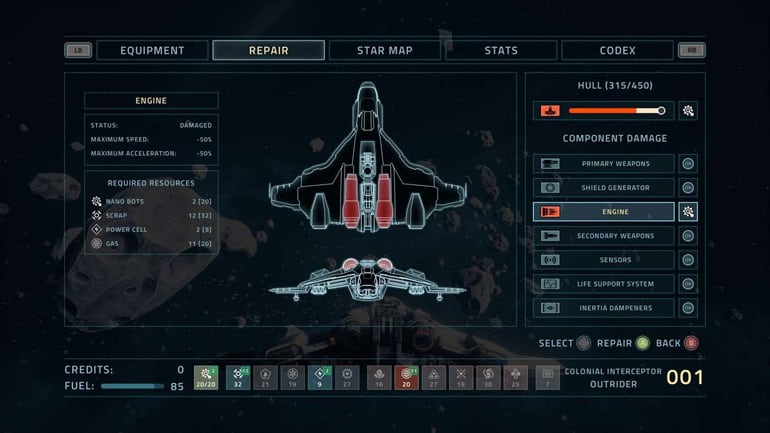 There isn’t really much more to Everspace. It’s a seemingly endless cycle of jumping to a new space map, blowing up some Okkar, collecting resources, then jumping to the next space map and so on.

But you know what? It doesn’t matter. That’s the one thing this game does well. All the other stuff, the thin storyline, the interactions with other races and characters, it’s all incidental. This is a Space Dog-Fight Sim and it does it really well.

And it’s beautiful as well. The highly fantastical depiction of space as this massive, colourful place full of life is unashamedly just that, a fantasy. Add to this a great rock opera type soundtrack and you have a game that has huge replay appeal. I have really enjoyed playing, and there is an expansion now available, called Encounters, which I think expands the narrative of the game into something more useful. However, at the moment I don’t need that, I just need to find those drokking Okkar and send them back to the hell they come from. 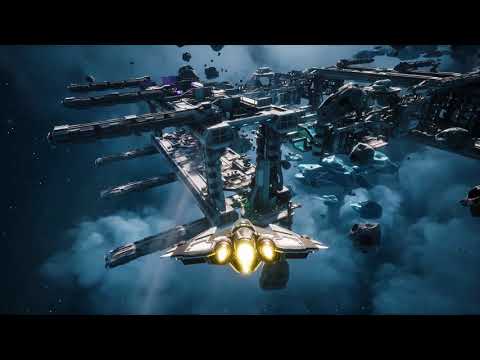