A few weeks ago, FoS featured the Epson L210; a cost-effective solution for both home and office use. Epson has provided the team with another printer in their L-range, this time the Epson L800 Inkjet Photo Printer. As the name suggests, the L800 is a photo printer, which offers high-volume, quality printing at a low cost with its patented ink system. It isn’t all praises though, the L800 does have a few shortcomings. We take a look at the overall solution, and whether it’s worth the investment. 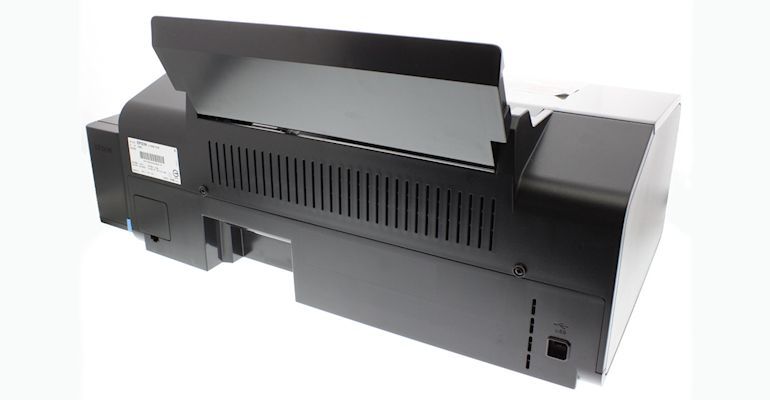 The Epson L800 looks like an average printer, with its rectangular shape and matte black finish. The lid has a shiny, gloss finish, different from the rest of the black plastic seen throughout. There are a few changes from the run-of-the-mill printer in that it offers Epson’s own Ink Tank system, which is attached to the side of the printer. This does make it slightly more elongated than the usual printers but isn’t that much of a stretch to be considered extremely bulky. It must be added, though, that the L800 is a single-function printer, so it’s size, while not large, is a bit of a talking point without the additional scanner and the likes.

There are three bottoms on the front left, each with its own LED indicator built into the button. The first is the power button, while the second and third are the low ink and paper jam warning indicators. The front is almost solid black, apart from the grey plastic bar that runs across, which also houses the three buttons previously mentioned. There are the typical trays and lids to be opened during printing. The rear is even more straightforward, the blank black canvas is only broken by the port for the USB cable. Overall, then, nothing much to write home about in terms of the L800’s design.

As with the L210, the L800 is relatively easy to setup, if you’re using a Windows-based system that is. Using Windows 7 or 8, users can simply plug and print, but not to the device’s full potential. It is, thus, essential that users download the drivers from the Epson website. Before you can start printing, there are a number of other small steps to follow before enjoying full-colour prints. The first, as should be the case on most printers, is the test page. I found that during this process, a few of the colours were off, which required a deep cleanse, via the built-in self-cleaning option. A few runs later it was good to go. There is also a choke that comes standard with the Ink Tank system, which controls the flow of ink to the printer heads. This makes it easier to stop leaking during transportation and the likes. Don’t forget to turn the choke to allow the flow of ink when printing. Overall, the setup of the L800 isn’t as easy going as with the L210, which offers print from more than one input. To get each photo print quality to your satisfaction, some tinkering is required on the downloaded software.

Running costs, once again, are at a minimum. The initial cost carries an RRP of R4,499, almost R2,000 more than the L210. We’ll go through a few more of the features later for a better understanding of this cost. The L800 ink bottles have a factory standard of 1,800 high-quality prints, for which photo sizes are 10x15cm. This allows you to print an average of 5 prints per day for a full year. Each of the six 70ml ink bottles (black, cyan, magenta, yellow, light cyan and light magenta) are individually refillable, cutting costs dramatically over standard systems. During setup, users will be required to fill the individual tanks with the ink provided, as opposed to the conventional slide printing cartridges. 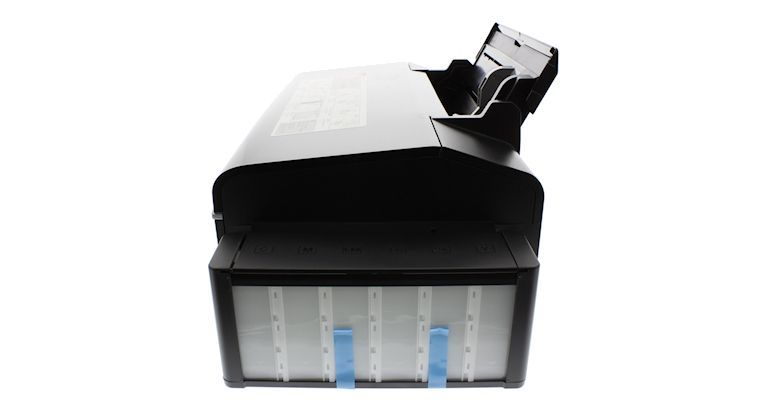 As already mentioned numerous times, the L800 has its own Ink Tank system. While this is an important feature to save on overall costs, its use extends beyond simple costing. The system provides a continuous flow of ink to the “Micro Piezo” print heads, allowing more efficient colour blending for vibrant prints and minimal ink usage. These print heads are able to print quality photos at a maximum 5760x1440dpi. In addition, the head is also fitted with VSDT, an Epson tech that allows each head to release three different droplet sizes for higher and lower quality printing, set by the user.

The L800 is capable of printing the most vibrant of colours, and also offers borderless A4 printing. The average time for a speed print (draft) is 13 seconds for both black and colour on A4. For a higher quality print, users can expect a print time of just under 30 seconds for borderless A4. Epson has included a software disk with the Epson Creativity Suite software for photo editing. This gives users the ability to edit images, remove red-eye, and add a few photo effects and enhancements before printing. The L800 has a removable paper tray, which can be swapped out with the CD/DVD tray to print directly onto CDs/DVDs.

There are a few drawbacks from the L800, the most frustrating being the lack of quick print options. The device does not have any other inputs for printing besides via the USB cable, which means there are no scan and flash drive options, let alone any Ethernet or Wi-Fi capabilities. It is worth noting though that the L800 is to be used for quality printing, which may be one of the reasons these options have been left out. To achieve the best print options for your image, it is essential to take some time with the driver software before each print.

The Epson L800 is marketed as a photo inkjet printer, and while it is able to print maybe other formats, the best results are observed when printing photos on high-quality photo paper. The vibrant colours and high-resolution capability makes for some stunning results. Thinking about the cost of the unit, you can’t ignore the fact that the unit does not include any other connection options, such as Wi-Fi, USB flash, Ethernet, or even a scanner. In the long run, the unit will pay itself off without any worries and with the best results possible, but getting over the initial investment becomes a real concern. 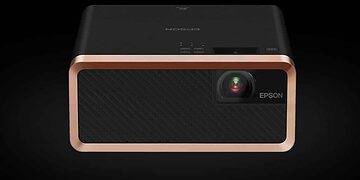 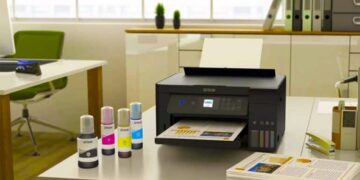 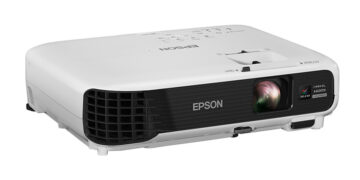