In late 2016, Epson launched a range of new HD and 4K projectors which, although they were officially available since November, only really hit the market in the new year. Included in the line-up was the Epson EB-U04, which had been available for a few months before the official announcement.

If you’ve ever been in the market for a projector in the last two to three years, you’ll have no doubt noticed the high amount of “HD” projectors available, which actually have a lower native resolution and upscaling to 1080p. This can be very frustrating to any potential buyer, even more so when you’re left with bill shock when you do find any native 1080p projectors. And let’s not be confused here, as some companies would have you believe, anything below 1024x768px is not HD.

What’s great about the Epson EB-U04 is that it not only has a native resolution of 1920x1200px but has the price point of what may be considered a budget or mid-range unit. But does it all add up? If you managed to catch my review of the Xbox One S, I make a note of how the white appliance is slowly making a comeback in your home. Although I wouldn’t place the EB-U04 in the same league as premium designed units with a purposeful switch to the white theme, it doesn’t seem out of place. Most of Epson’s range of office and school projectors are white, while their premium home and gaming units have the matte black finish. The Epson EB-U04, on the other hand, fits in both categories, a home and office projectors. Hence the colour scheme.

The EB-U04 isn’t an ugly unit, far from it. In fact, it looked right at home next to the Xbox One S review unit during the review period. In fact, they complimented each other really well and didn’t look amiss in my living room as a result. If you’re familiar with other units in the Epson range, the white finish may be off-putting, given that most of those units don’t offer HD resolutions. In addition, the diminutive size also adds to the assumptions you have of the unit before actually plugging it in and using it. But those concerns are quickly put to bed after the quick setup of the unit.

As far as connectivity goes, it makes available a USB 2.0 Type A, USB 2.0 Type B, Wireless LAN IEEE 802.11b/g/n (optional), VGA, x2 HDMI, Composite, MHL, and Cinch audio in. You may not care much for many of these, but the two HDMI ports are of particular interest. I was able to use both my PC and Xbox and simply switch between the two when need be. Things may get a little more complicated when you have a third unit requiring the HDMI port, but I’d feel that two would suffice in most instances. Judging by the display specification of the Epson EB-U04, WUXGA, 1920 x 1200, with a 16:10 aspect ratio, you can’t help but shake that feeling that perhaps the projector is geared more towards being a suitable presentation device at the office, than that of a home entertainment system. I won’t discount its capabilities in the latter category, but it’s not quite a 50-50 split.

The unit does its best to cater to both markets, producing 3,000 lumens with a contrast of 15,000:1. While the contrast ratio may appear great on paper, it isn’t quite replicated onscreen, as the unit struggles to deliver deep blacks, which sometimes leave the image quality fairly washed. Some fine tuning here and you’re able to get slightly better results, which are boosted by some settings on my PC as well, which may not be achievable on a standard Blu-ray player or the likes. In presentation modes, however, these issues are minimal and don’t really affect the overall viewing. Instead, the text appears smooth and clear, although it struggles once again whenever there are a lot more visuals in the slides than the actual text.

But, before you go judging the unit on poor quality, the overall image quality is very good, and the colours good. Once again, the results are improved by the graphical settings on a PC, which, personally, is how I’d use the projector more often than not. The brightness is good under low to dark lighting, but you’ll have some difficulty viewing movies during afternoons bathed in sunshine. Compare this to the Acer Predator Z650, which has one of the best brightness and image representation in bright sunlight, the EB-U04 falls some distance short here. But when you consider that the Z650 is around double the cost, it should.

Watching brightly filmed movies are great and provide the best results. Switching to darker films leaves you wanting more, but Isn’t too much of a train smash. I watched a lot of sports on the unit, and given the always lit environments, it reproduced the best results overall, as, more often than not, there’s a whole lot of bright green lighting to be emitted. No trouble there then. It’s a sad fact, but there’s no device out there without fault or defect, or some kind of annoyance. And the Epson EB-U04 has a few. For starters, the unit runs slightly louder that is to be expected. Compared to many other projectors, this is quite normal, but Epson itself has done a pretty good job in running at much lower fan volumes with their more premium range. Things do get a little better when switching to Eco mode, although it’s not always feasible to view during the day.

The second gripe I had is once again related to noise, with a particularly strange occurrence whenever the unit switches between contrasts of great variance, as a result of the dynamic iris. I tested this switch between a black and a white screen, and there’s a clear adjusting sound when this happens. In fairness, though, none of these two sounds mattered much when watching a movie, as the sound is not loud enough to still be noticeable.

Oddly enough, while there are a few misplaced operating sounds using the unit, the actual sound quality is not great. It’s not as tinny as most other projector speakers, although the volumes don’t reach the levels you’d have hoped for, not even close. But I don’t foresee many a household requiring the projector to be the main source of the sound. 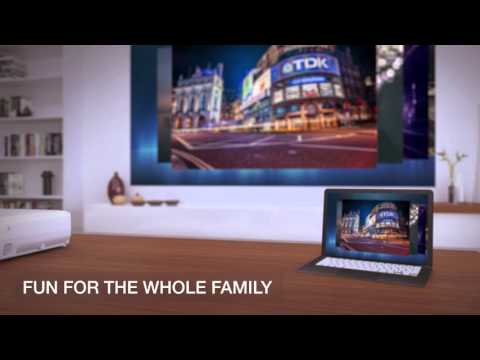 For most buyers, there’s often an element of research or testing that goes into buying a tech product. This, however, may increase 10-fold when it comes to purchasing a projector, as there are quite a number of permutations to consider, such as resolutions, lamp life, contrast, lumens, and weighing up the cost versus the value. The Epson EB-U04 ticks quite a number of these boxes, with good lumen levels, good resolution options, excellent lamp life, and great cost. It may fall short in terms of contrast and sound quality, along with a few additional sounds.

As you may have guessed, I have been on the hunt for quite some time looking for a well-priced 1080p native projector. And while the Epson EB-U04 carries an RRP of R14,999, the unit has been available for considerably less from most retailers, often around the R12,000 price point. I’ve seen the unit available on the odd occasion for around R10,000, which makes the unit even more worth your hard-earned cash. In the end, it’s not the greatest HD projector you’ll find on the market, but considering that you may often have to drop almost R10,000 more, it’s hard not to have the Epson EB-U04 high up on your list of potential projectors for the prospective buyer. 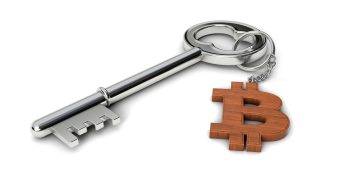