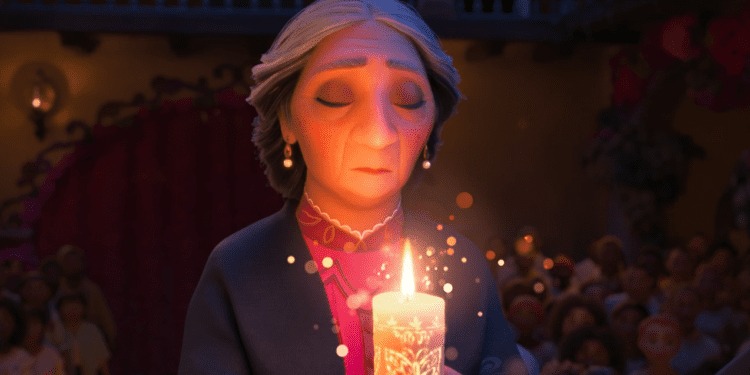 Though it appears Mirabel Madrigal was snubbed during her gift ceremony in Encanto, there’s more to the ceremony scene than meets the eye.

The latest film from Walt Disney Animation Studios is a worldwide hit. Released on Disney Plus in December 2021, Encanto is a culturally sound tale that expresses a heartfelt message to audiences. Filled to the brim with various culturally significant references and events, Encanto’s story has a lot of replay value. Many internet users have already dug deep into the compelling movie and its story to see what the hidden layers might be communicating to us.

The John Bush directed animation is popular across the internet with social media users sharing their fan art, song covers and theories on different elements of the story. Eagle-eyed viewers have a particular fan theory that is pretty interesting. This Encanto theory is based on the events of Mirabel’s gift ceremony and the sequence of events that left our protagonist without any of the Madrigal family’s miracle powers.

Apparently, Mirabel might have accidentally sabotaged her gift by wiping the magic off her Abuela’s candle.

However, the filmmakers made a rare interjection online by debunking it. Instead, we got some interesting reveals about the candle flicker scene.

On the night of Mirabel’s gift-giving ceremony — Encanto director Jared Bush explained in an interview with Vanity Fair — when Abuela’s candle flickered, it wasn’t necessarily because of Mirabel’s lack of a miracle. On a first watch, it might seem like the entire ceremony’s sudden failure might have been the catalyst for Abuela’s candle wavering, however, the director revealed that the flame of the candle wavered because Abuela’s unconditional love for her family wavered at that moment.

Seeing Mirabel without the Madrigal’s long lineage of gifts made Abuela doubt her love for her granddaughter. To understand why anyone will even begin to lose their unconditional love for an innocent girl, we’ve got to dive deeper into the character of Abuela.

As the person tasked with being the family matriarch, Abuela’s pride comes from being able to keep the family traditions and miracles alive. With Mirabel’s lack of a gift, she is unable to internally accept the truth of the matter and instead holds it against Mirabel for her lack of abilities.

At the moment when Abuela realised that Mirabel will not carry on the tradition, she felt a loss of her unconditional love. In a deeper sense, Abuela probably never noticed that her love was always indeed conditional, and the events with Mirabel revealed this.

The waning of the miracle continues this track of Abuela’s decline in keeping everyone in the family together. Mirabel eventually realises this in her confrontation with Abuela and tells her that nobody can be able to live up to her expectations from the family. Her loss of love for the family was a factor in the waning of the Madrigal family’s miracles.

John Bush basically seemed to confirm the fan theory concerning Mirabel and her new role as the family’s matriarch. Essentially, Mirabel’s gift-giving ceremony never went wrong in Encanto and she was actually chosen as the new Abuela for the family as her true gift was the power to love the family unconditionally.

What do you think of this theory?