Every new series comes with the promise of something exciting – an original premise, new characters to root for, and (hopefully) a story that keeps viewers wanting more. It’s a pretty simple three-step formula for creating a good series. And while the success of shows that bring beloved comic book characters to life is undeniable (and a personal favorite of mine), an original idea is always a nice change.

Emergence gives viewers a good dose of change with its fresh cast, new premise and original storyline. The mystery-themed thriller was created for ABC Studios by Tara Butters and Michele Fazekas. While some viewers may find it a little “Lost” adjacent at first, the show definitely has its own distinctive personality that sets it apart. 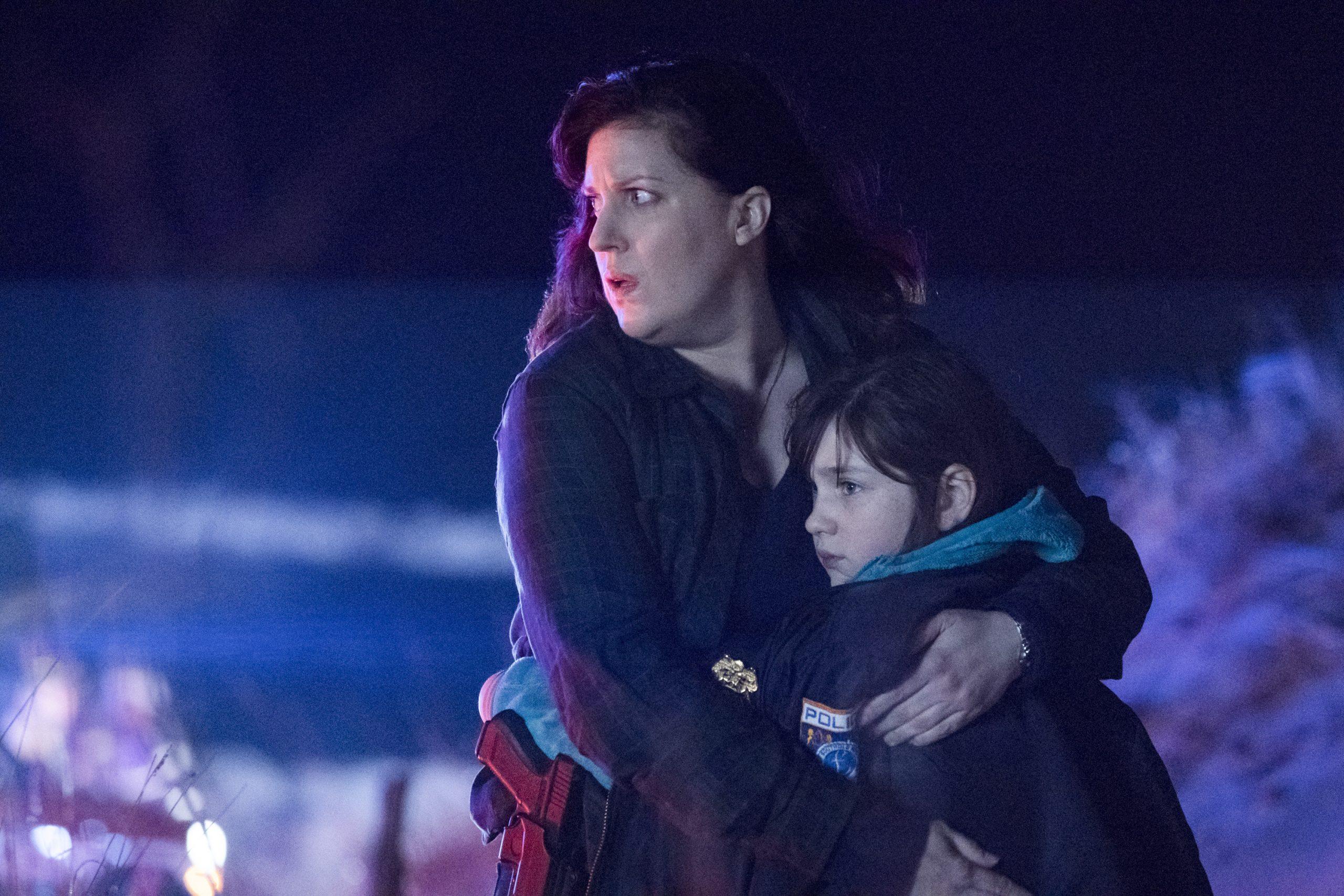 The story follows Jo Evans (Allison Tolman), the police chief of a small Long Island town, who lives with her daughter Mia (Ashley Aufderheide) and father Ed (Clancy Brown). Although her divorce is recent, Jo has a good relationship with her ex-husband, Alex (Donald Fiason).

One night, Jo wakes up to a power outage and strange glowing lights on the horizon. Dedicated to protecting the people of Peconic Bay, she immediately goes to investigate the situation. As she gets closer to the glow, Jo realizes that a midsize plane has crashed on the beach. Fortunately, police officers have the accident scene under control. The power only went out because the plane hit a power line. And Jo’s phone isn’t working because the nearby cell tower was probably damaged in the crash. Everything seems to check out.

While walking through the site, Jo discovers a young girl hiding behind a nearby sand dune. The girl is unharmed but has no memory of who she is. Jo takes her to a nearby hospital while she investigates further. But this only leads to more questions. Why can’t the girl remember her name? Why does she have no memory of her family, or where she’s from? Why are mysterious government officials suddenly interested in a small plane crash? And why does it seem like metal objects shake when the little girl is scared? Determined to keep the girl safe, Jo takes her home and names her Piper (Alexa Swinton). The next day Jo decides to return to the accident site only to discover that it’s already been cleaned up. There she encounters Benny Gallagher (Owain Yeoman), a man claiming to be an investigative journalist who works for Reuters. He tells Jo that plane belonged to Augur Industries and suggests they work together to uncover the conspiracy centered around the crash and Piper’s existence.

Back at the house, Piper slowly becomes part of the family with Jo, Mia, Ed and Alex ensuring that normal things, like movie nights and dinner time, go off without a hitch. While she waits for her memory to return, Piper also forms a sisterly bond with Mia. But when Piper becomes ill, Jo discovers that she’s a humanoid robot that was part of a secret Augur Industries project. While Piper, unaware that she is an AI, displays the characteristics of an average ten-year-old, her creators view her as extremely dangerous due to her self-evolving code. Determined to protect Piper from those who want her back, Jo risks it all in an attempt to cover up any details of her existence.

Emergence makes a strong debut with the perfect blend of mystery and sci-fi, sprinkled with a tiny dash of family drama. The sleepy beach town setting is a good contrast for the story’s quick pace which leaves little room for boredom. While a lot of series miss the mark by trying to include too many elements, Emergence keeps things relatively simple. Not dragging out its “big reveal moments” over too many episodes is the show’s biggest strength. And each revelation comes with bigger, more captivating questions. Some are directly related to the show’s plot, while others are more thematic – dealing with the nature of consciousness and what makes a family, a family.

But the series isn’t without a flaw or two. About six episodes in the show starts to flounder with the direction of its story, resetting itself like a formulaic sitcom. But if you’re able to push past the twinge of annoyance that causes, it’s still pretty entertaining.

Emergence brings an interesting warmth to the otherwise clinical nature of sci-fi, mystery thrillers. It may not be destined for cult classic status, but its low-key vibe and ability to pique your curiosity will turn you into a big fan.

The 13-episode first season of Emergence is available on Showmax.